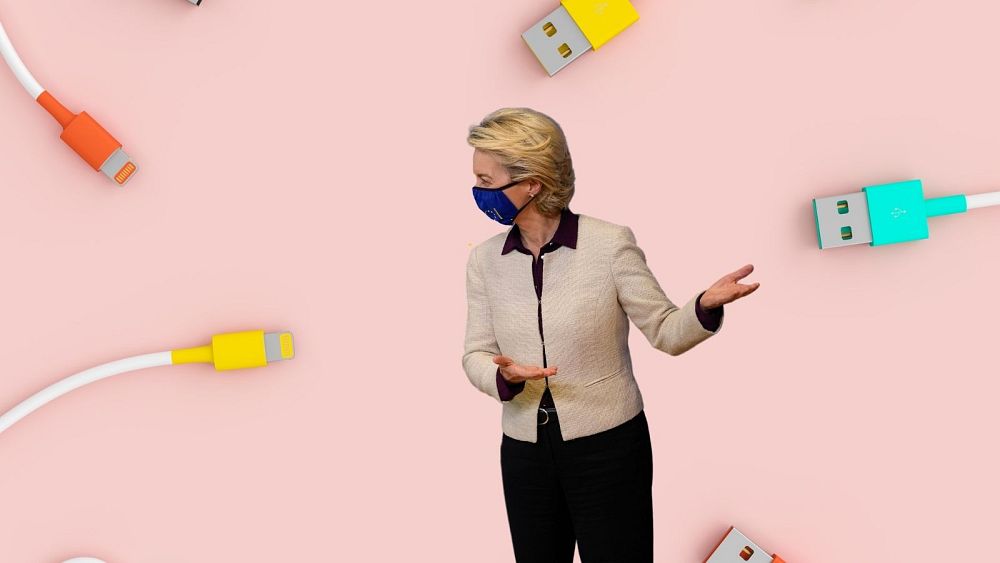 Tech this week: EU to ban all chargers except USB-C and Netflix big news

The European Union aims to have a common charging port for cellphones, tablets and headphones as part of a proposal from the European Commission presented Thursday in a world first.

The move was more than 10 years in the making, with the European executive touting Environmental benefits and 250 million euros in annual savings for users.

According to the Commission proposal, a USB-C connector will become the standard port for all smartphones, tablets, cameras, headphones, portable speakers and portable video game consoles. Chargers will also be sold separately from electronic devices.

The EU executive will revise its eco-design regulation in the near future so that the external power supply is interoperable, which is the last step for a common load.

The Commission said it was not targeting Apple, whose devices use a different Lightning cable, and only acted because the companies were unable to agree on a common solution despite a decade. talks, which reduced the number of mobile phone chargers to three instead of 30..

“We remain concerned that strict regulations requiring only one type of connector stifle innovation rather than encourage it, which in turn will hurt consumers in Europe and globally,” the company said in a statement.

He also raised concerns about the 24-month transition period for companies to comply with the legislation once it is passed.

“My job is to kill these sea snakes whenever I can,” he said at a press conference.

â€œI’ve known these companies for years. Every time we (come up with) a proposal, they start to say ‘oh, this will be against innovation.’ No, this is not against innovation, this is against anyone. Like everything the Commission does, it is for consumers, “he said.

IPhone and Android users have long complained about having to use different chargers for their phones. The former is charged from a Lightning cable while Android-based devices are charged using USB-C connectors.

Half of chargers sold with cellphones in 2018 had a micro-B USB connector, while 29% had a USB-C connector and 21% a Lightning connector, according to a 2019 Commission study.

The proposal needs the green light from EU member states and EU lawmakers, after which companies will have two years to adapt their devices.

Netflix has acquired the works of Roald Dahl, the late British author of famous children’s books such as “Charlie and the Chocolate Factory”.

The video streaming giant announced Wednesday that it has acquired Roald Dahl Story Co, which manages the rights to the author’s characters and stories. No financial condition was disclosed.

The deal builds on a partnership concluded in 2018 to create a series of animated television series, which will see “Charlie and the Chocolate Factory” rebooted by Oscar-winning filmmaker Taika Waititi.

Netflix is â€‹â€‹also working with Sony on an adaptation of “Matilda the Musical”. The streaming industry has become more and more competitive in recent years.

The new deal paves the way for Netflix to bring the author’s entire catalog to screens.

“These projects opened our eyes to a much more ambitious endeavor – the creation of a unique universe through animated and live action films and television, publishing, games, immersive experiences, live theater, consumer products and more, “Netflix Co-CEOs Ted Sarandos and Luke Kelly, CEO of Roald Dahl Story Co. and Dahl’s grandson, said in a joint statement.

Dahl died in 1990 at the age of 74, but his books – which also include “The BFG”, “The Twits” and “Fantastic Mr. Fox” – remain popular with young readers with over 300 million. copies sold worldwide and translations into 63 languages.

Activision Blizzard, one of the world’s foremost video game companies, confirmed a regulatory investigation this week and said it was working to address complaints of discrimination in the workplace.

The Santa Monica, Calif., Based company said on Tuesday it was complying with a recent Securities and Exchange Commission (SEC) subpoena sent to current and former employees and officers and the company itself on charges. “employment and related matters”.

The Wall Street Journal reported on Monday that the SEC was investigating how the company handled complaints of sexual misconduct and discrimination in the workplace and subpoenaed senior executives, including CEO Bobby Kotick, a well-known tech billionaire.

An SEC spokesperson declined to comment on The Associated Press.

Activision Blizzard also said on Tuesday that it had cooperated with an Equal Employment Opportunity Commission investigation into employment practices and was working with several regulators “to address and resolve complaints on the place of work he received “and is committed to making the company” one of the best and most inclusive workplaces. He has hired a new Disney Chief People Officer.

Shares of the company have fallen 20% in two months as legal issues build up over an alleged culture of discrimination against women and minorities at the maker of Candy Crush, Call of Duty, Overwatch and World of Warcraft.

In late July, the California Civil Rights Agency sued the company, alleging gender discrimination and sexual harassment. Employees staged a walkout to protest what they said was Activision’s culture of sexism and discrimination.

A shareholder lawsuit in August said the company had not disclosed to investors that it was under investigation in California and had workplace culture issues that could lead to legal issues.

The shareholder lawsuit noted discontent within the company, saying more than 2,000 current and former Activision employees have signed a petition criticizing the company’s response to the California lawsuit as “insulting” and saying that they did not trust leadership to “put employee safety above their own interests”. .