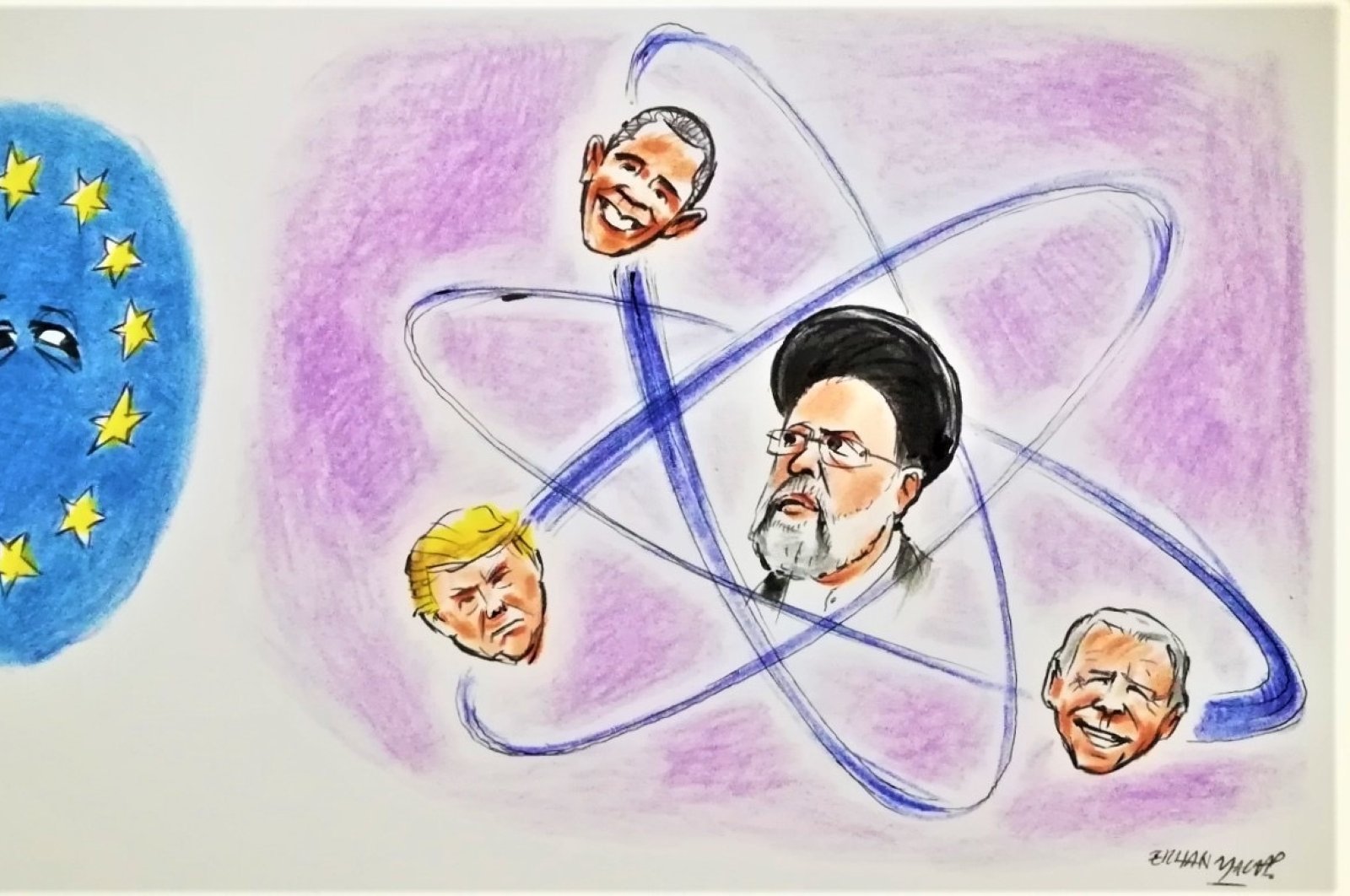 What will Raisi’s tenure bring to Iran-EU relations?

On August 5, 2021, Iran’s new President Ebrahim Raisi took office with the swearing-in ceremony held in parliament. In his first statement immediately after the election, Raisi said his foreign policy priority would be to improve Iran’s relations with neighboring countries. He also criticized the United States’ failure to honor the 2015 nuclear deal and the European Union’s failure to honor its promises to Iran.

On this axis, with the inauguration of the new administration in Iran, many are curious to see how Iran-EU relations would evolve. For this, certain inferences can be made about the possible development of bilateral relations on the basis of recent events in Iran-EU relations.

First of all, it should be noted that the United States being the decisive actor in Iran’s institutional relations with the EU and its member states, the development of that country’s relations with its European partners has been under the control. dominance of Washington. In fact, due to the nature of transatlantic relations, the EU and its members follow the policy of US relations with Iran. It is quite interesting that since the 1979 revolution in Iran, European leaders, who were even afraid to pose in the same photo as their Iranian colleagues, have refrained from confronting the United States in terms of relations with that country.

From Obama to here

On the other hand, a new era has started with the steps taken by former Democratic President Barack Obama in the United States to work with Iran and make it a controllable player in the international system under the administration of Hassan Rouhani. . The Joint Comprehensive Plan of Action (JCPOA), signed between Iran and the P5 + 1 countries in 2015, was the most important result of this period.

The efforts of the EU and three major Member States (France, UK and Germany) played an important role in this diplomatic success. He in fact assured that Iran’s nuclear program would be “peaceful” in return for the complete lifting of long-standing sanctions linked to Iran’s nuclear program.

However, Obama’s successor, Republican Donald Trump, decided to withdraw from the JCPOA in 2018, saying the deal with Iran was insufficient. The Trump administration has started to reapply sanctions against Iran. Thereupon, Iran announced that it would no longer meet the commitments of the 2015 nuclear deal. The decision to withdraw from the JCPOA prompted reactions from other actors who were part of the deal.

The EU and its Member States, which are among these actors, also reacted strongly to this unilateral decision. The EU’s political elite and leaders of leading member states have said they will stick to the nuclear deal. Therefore, they displayed a common position against the United States, an unprecedented case in the history of transatlantic relations.

Even the UK, the European country with the closest ties to the United States, has said it rejects the move and will continue trading with Iran. In this context, the European Commission has proposed various mechanisms such as “blockade status” and “a special purpose vehicle” for European companies to continue their business activities in Iran.

In addition, a mechanism called “Instrument for the support of commercial exchanges (INSTEX)” has been set up by Germany, France and the United Kingdom in order to facilitate legitimate trade between Europe and Iran as well as to maintain the momentum acquired in trade relations with this country. . Despite this, as the United States hardened its policy towards Iran, the EU and its member states were unable to maintain their position.

In fact, this reality has an important place in the statements of reproach by Iranian political elites towards the EU and its member states. Following the Trump administration’s unilateral move, JCPOA stakeholders launched a new diplomatic initiative to uphold the deal. It was first held in Vienna in 2019 and is currently chaired by the Deputy Secretary General of the EU’s Foreign Affairs Service, Enrique Mora.

The future of diplomatic efforts

Joe Biden’s current administration has yet to be involved in these talks. In addition, Raisi announced that Iran will continue its ballistic missile and uranium enrichment program. Since the United States is not expected to soften its stance towards Iran in the coming period, it does not seem possible to start a new era based on a positive agenda in Iran’s relations with Europe.

Despite this, the diplomatic efforts of the EU and Member States in Vienna will continue for the replenishment of the JCPOA. It should also be noted that due to US sanctions, the EU and its member states have not been able to sufficiently develop their trade relations with Iran. Due to the international sanctions imposed on Iran, the volume of trade between EU countries and Iran as a whole has remained at a very low level of 7.5 billion euros (8.8 billion euros). dollars) until 2015.

However, thanks to the JCPOA signed in 2015, the trading volume started to increase rapidly. As a result of the agreement, the volume of trade between Iran and the EU reached 14 billion euros in 2016 and 21 billion euros in 2017, respectively. However, after Trump’s decision to withdraw from the JCPOA, the trade volume started to decline rapidly this time and fell to € 18 billion in 2018 and € 5 billion in 2019, respectively.

From this point of view, it seems that the low level of Iran-EU trade relations will last until the entry into force of the JCPOA or a similar regulation which provides for the lifting of sanctions against Iran. Therefore, in order to reverse this situation, the EU and its member states should suppress the Biden government in the coming period. To conclude, unless the US policy towards Iran changes, it seems difficult for the EU and member states to open a new page in relations with Iran.

Despite this, the EU and Member States will continue to mediate between the US and Iran. In addition, the EU could consider opening an office in Iran in order to strengthen diplomatic relations. While such activities are unlikely to yield positive long-term results, reducing sanctions against Iran to some extent will be the EU’s top priority.