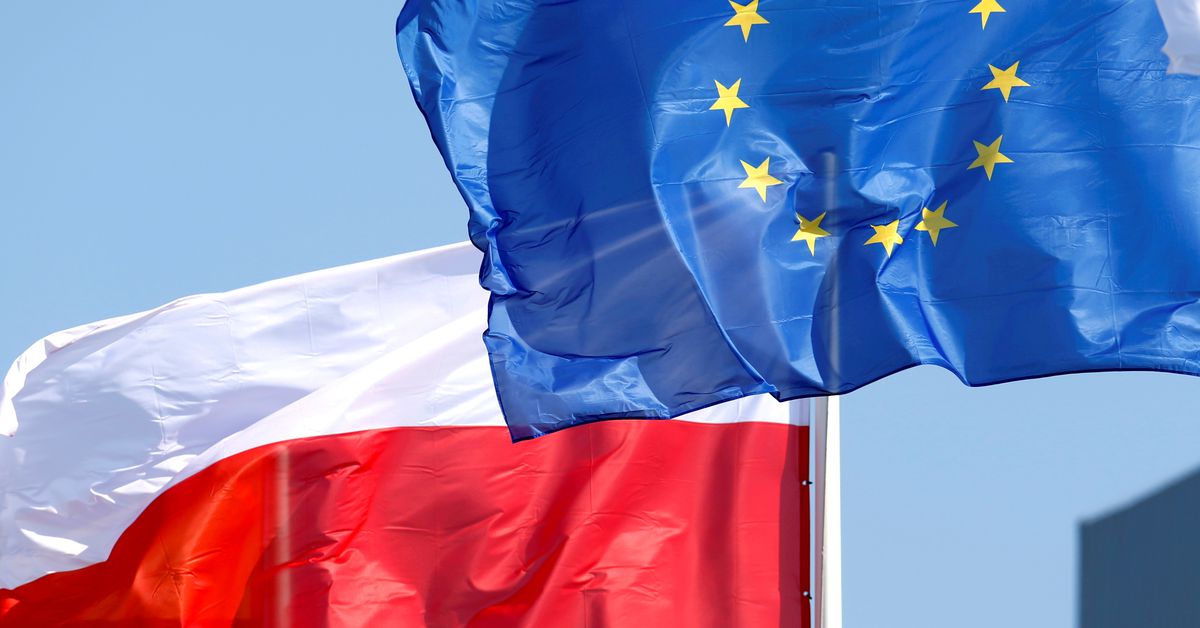 The flags of the European Union and Poland fly in Mazeikiai, Lithuania on April 5, 2019. REUTERS / Ints Kalnins / File Photo

WARSAW, Sept. 30 (Reuters) – The Polish Constitutional Court on Thursday postponed for the fourth time a ruling on the precedence of the country’s constitution or European Union treaties.

The Tribunal began hearing the case in July but had already adjourned it three times before Thursday’s sitting. Tribunal President Julia Przylebska said the session would be adjourned until October 7.

The Polish nationalist Law and Justice (PiS) government is embroiled in a series of disputes with the EU on issues ranging from courts and media freedom to LGBT rights.

Prime Minister Mateusz Morawiecki brought the case to the fore in March amid a dispute over changes he made to the country’s justice system. The EU accused the government of politicizing the courts, including the Constitutional Tribunal.

Most EU countries – but not Poland or Hungary – have already gained bloc approval for their plans, unlocking access to funds to help jump-start growth.

Some critics say the postponement of the Tribunal’s verdict is an attempt to pressure Brussels to accept Poland’s plan.

“I think this is an element of pressure on the European Commission, on the partners of the EU, a kind of threat that is supposed to hang until the EU backs down,” said Jan Grabiec, spokesperson. word of the largest opposition party Civil Platform.

The primacy of European laws over national laws is a key principle of European integration. Polish opposition politicians say challenging it not only jeopardizes the country’s long-term future in the EU, but also the stability of the bloc itself. Read more