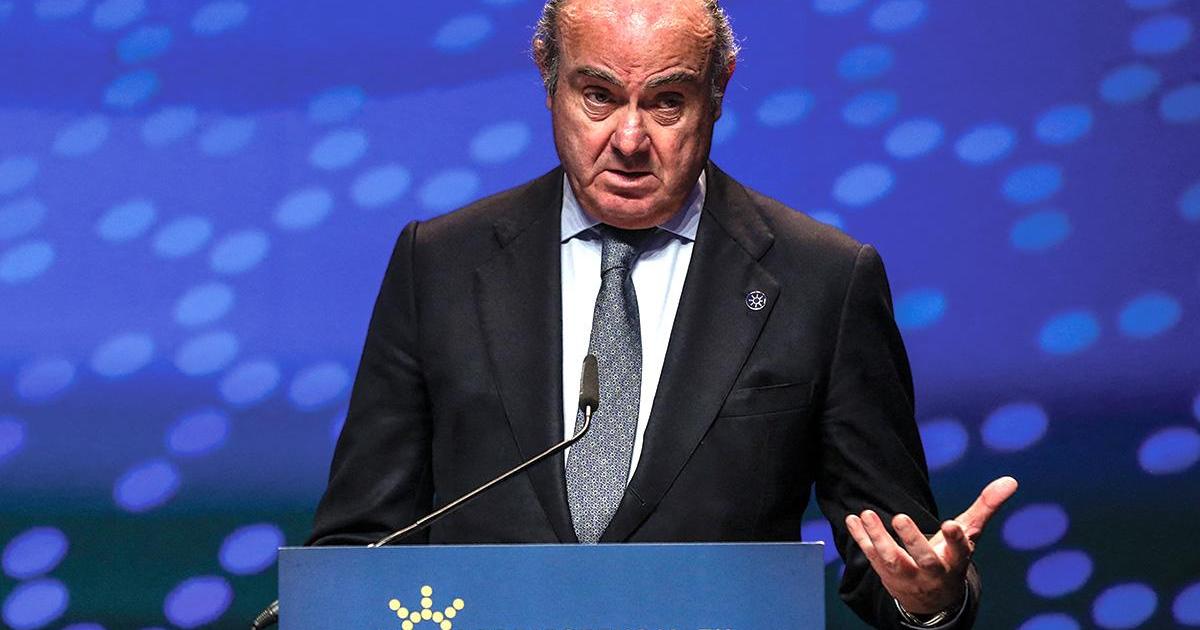 Over the past 18 months, the European Commission and the European Central Bank have used all their monetary and fiscal tools to deal with the economic crisis, even though they claim they have more weapons in their arsenal. We will soon enter the post-pandemic phase where struggling economies must begin to rebuild their strengths.

Collateral damage caused by friendly fire during the crisis phase must be recognized and repaired as soon as possible.

It is ultimately the taxpayers who must foot the bill for the rescue mission in the event of a pandemic.

Clear indications are emerging on the most important post-pandemic risks that need to be addressed. To better understand these risks, we need to give more importance to what the European institutions say rather than to the back door statements of political leaders.

In May, the ECB published an EU-wide Financial Stability Review which contained a very frank admissions of the fiscal and economic risks created by the pandemic damage limitation strategy.

One of those risks is what an EU document that was part of the Stability Review was called “corporate zombification”.

It is not surprising to objective observers that the ECB admitted that “policy measures aimed at supporting businesses and the economy through the coronavirus pandemic may have supported not only otherwise viable businesses, but also businesses. unprofitable but still in business – often referred to as “zombies”. ”.

Simply put, the risk that EU member states now face is that the zombification of the eurozone economy could hamper post-pandemic recovery.

The ECB urges member states to recognize and address this risk more fundamentally by accelerating reforms of insolvency frameworks and improving banks’ infrastructure to handle non-performing loans. The last thing the EU needs is another financial system crisis.

Another associated risk that worries ECB economists is that of increasing public and private debt. The ECB has warned that “the rise in debt levels of governments and companies in the euro area has made it more likely that economic aftershocks from the coronavirus pandemic could trigger financial instability.”

I understand those who are optimistic about how quickly the eurozone economies appear to be recovering. But I agree with ECB Vice President Luis de Guindos, who warns that “there is a reality that the pandemic will leave a legacy of higher debt and weaker balance sheets, which – s’ it is not resolved – could cause strong market corrections and stress or lead to a prolonged period of weak economic recovery ”.

This risk is more acute in the euro area than in the United States, as economic reforms in the EU are slow due to a lack of political will to tackle structural problems.

The ECB finds itself under political pressure to use monetary policy to compensate for the lack of adequate economic reforms that should have been undertaken over the past two decades to inject some dynamism into the economies of the euro area.

The Stability and Growth Pact regulations could not be reintroduced until 2023 to give EU economies time to recover. Nonetheless, governments should prepare their plans for the corrective measures that need to be taken to put fiscal rectitude at the top of their long-term agenda. Interest rates will inevitably have to be raised from current historically low levels. The risk is that this change could scare the financial markets as companies have become so dependent on the low cost of borrowing.

Another post-pandemic risk that needs to be addressed is the misuse of € 800 billion stimulus funds. The European Commission will borrow huge sums of money to support its European Next Generation plan. It is hardly necessary to point out that any borrowed money should be paid back by the taxpayers of future generations. The risk of misuse of these funds should therefore not be underestimated.

Ville Itala, managing director of the European Commission’s Olaf agency, told the Financial Times that “the lack of central monitoring of the use of these funds could make it more difficult to track record financial flows even as Brussels builds other parts of its anti-corruption arsenal ”.

The abuses and fraud linked to EU project funding are rampant. Modern computer systems for tracking expenditure are improving, but some Member States refuse to give up using their own less secure systems to monitor the use of EU funds.

Hopefully the launch of the European Public Prosecutor’s Office should help Olaf see its recommendations on how to tackle abuse to be implemented effectively through the new role of prosecutor of this new office.

Independent journalism costs money. Support Times of Malta for the price of a coffee.

Lukashenko orders the closure of Belarusian border with Ukraine – BelTA