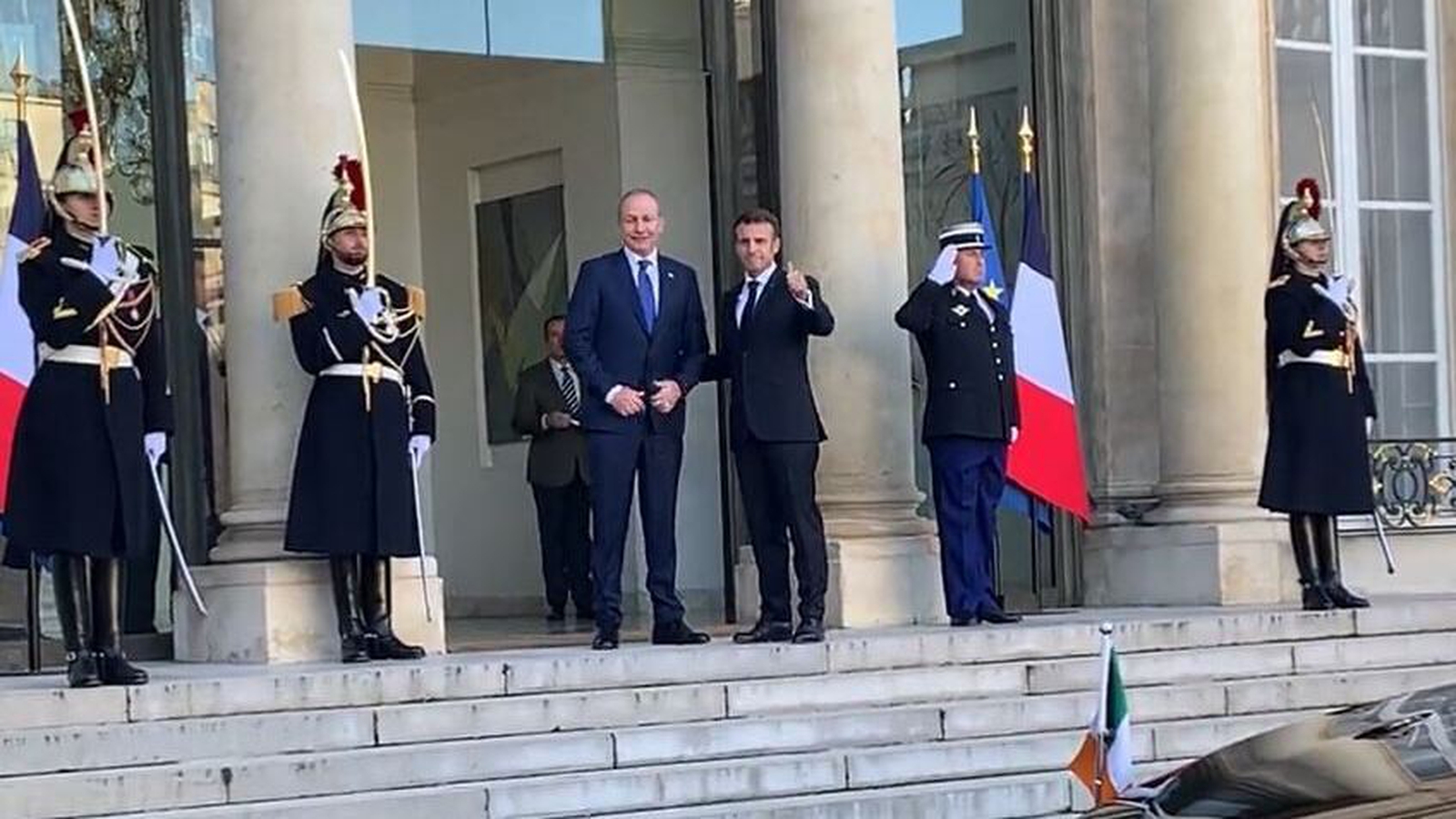 The Prime Minister arrived at the Elysee Palace in Paris for a working lunch with French President Emmanuel Macron.

They are expected to discuss important issues on the EU agenda during the 90-minute meeting, including the deteriorating economic outlook for Europe and the ongoing Russian invasion of Ukraine.

Energy, the economy and Ukraine are expected to top the agenda for today’s meeting, which is expected to last around 90 minutes.

The two leaders shook hands and paused for photos on the palace steps before heading inside.

This visit is seen by the government as an additional opportunity to strengthen ties between Ireland and France.

The two leaders are expected to discuss topical European issues such as Europe’s economic prospects and how the EU can continue to provide humanitarian aid to Ukraine.

However, the focus will also be on energy, with Mr Martin due to sign on the Celtic Interconnector tomorrow, linking the power grids of France and Ireland.

Speaking ahead of his visit, Mr Martin said the signing of the Celtic Interconnector marked a “new impetus” in relations between Ireland and France.

On Ukraine, he said that “he will discuss with President Macron how the EU can continue to provide the ‘humanitarian support that Ukraine will need'”.

The Taoiseach will also meet the Franco-Irish community in Paris and speak at an Ireland-France Business Awards ceremony.