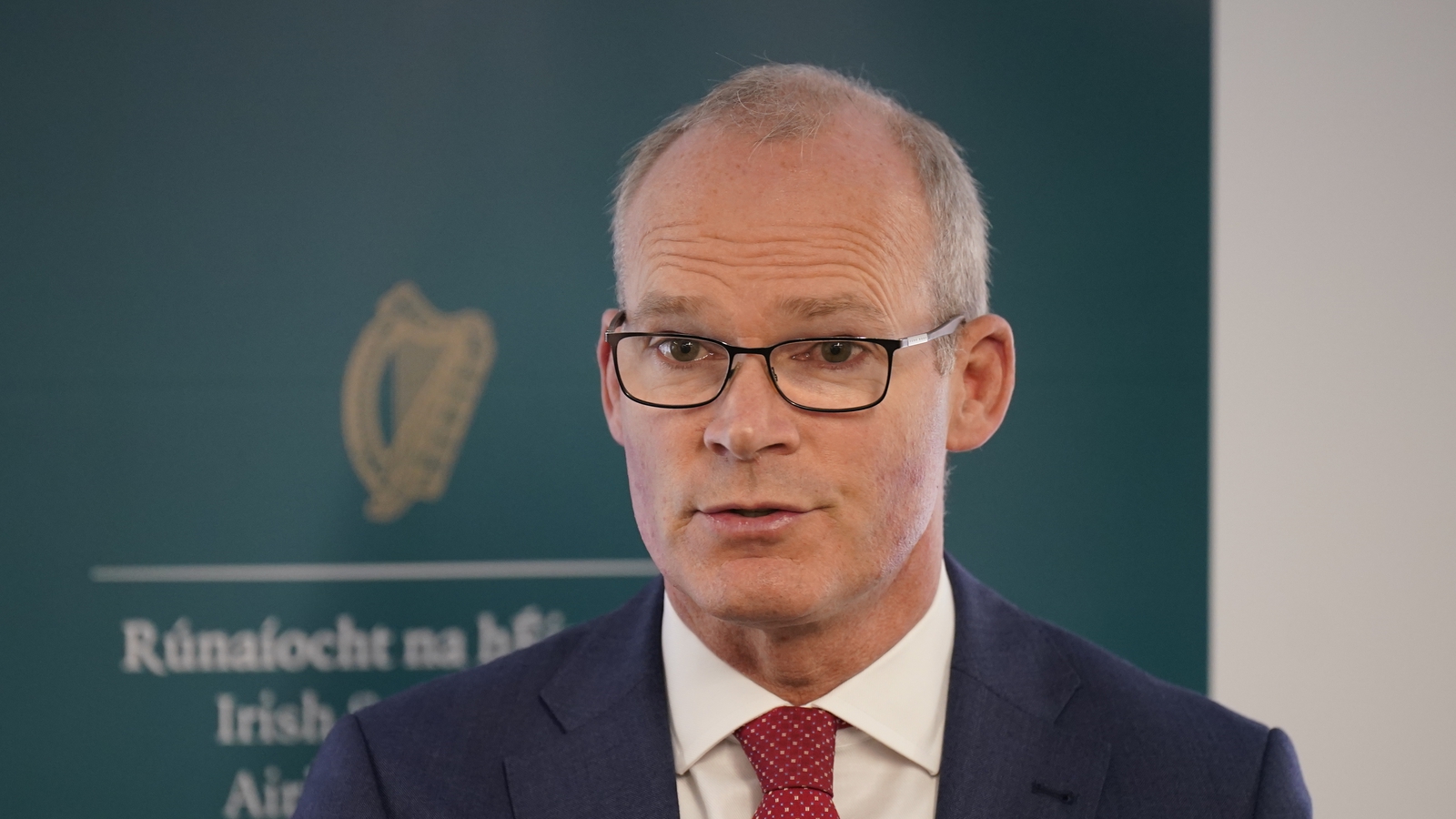 Speaking to RTÉ in Washington, Simon Coveney said there was bipartisan support for the EU and UK to reach a negotiated solution.

Following a meeting with the Friends of Ireland group in Congress, Mr Coveney said: “I think the message is very clear.

“They want to fix the problems with the Northern Protocol.

“They want the UK government to act responsibly to protect a peace process and respect the agreements that have been made in the past.

“But they also expect the Irish government, the EU and the UK government to be able to work together in partnership to try to address many of these issues in the weeks ahead through pragmatism, flexibility and willingness to compromise.”

Mr Coveney also said the Irish government was not surprised to be targeted by Russian sanctions.

“It’s something that doesn’t surprise us, Ireland has taken a very clear position on this conflict,” he said.

He said he thought it would not have been credible for Ireland to avoid taking a stand against the Russian invasion of Ukraine.

“If you don’t take a stand on something like that, I don’t think you’re a credible part of the international community,” Mr Coveney said.

“And Ireland is not neutral on the war in Ukraine, and I think we have been at the forefront in terms of calling for sanctions.”

Meanwhile, during the G20 summit in Indonesia, British Prime Minister Rishi Sunak held talks with US President Joe Biden, who discussed the situation in Northern Ireland.

Mr Sunak said he hoped the post-Brexit issues could be resolved by the 25th anniversary of the Good Friday Agreement next year.

Asked if the US President had raised any concerns over the Northern Ireland Protocol Bill, the Prime Minister’s press secretary replied: “Not specifically, no”.

Asked if he did about the situation in Northern Ireland in general, she said: “Yes.”

“They both expressed their commitment to protecting the Good Friday Agreement,” she said.

She added that the Prime Minister “expressed his desire to achieve a negotiated settlement and to ensure that the Good Friday Agreement is protected”.

Reading of the White House meeting said the two leaders “affirmed their joint commitment to protect the gains of the Belfast/Good Friday Agreement”.

The UK’s stance on the protocol is one of the factors that has stalled progress on a trade deal with Washington.

Minister Byrne underlined the government’s desire to see functioning institutions in place for the people of Northern Ireland and to see substantial progress soon in the EU-UK protocol talks.

He said: “It is important that time and space have been given to enable progress in the EU-UK talks on the Northern Ireland protocol.

“This time must be used constructively so that lasting solutions can be agreed for people and businesses in Northern Ireland.

“Both Ireland and the EU want the strongest possible relationship with the UK.”

Sinn Féin deputy chair Michelle O’Neill has said she will not give up on her efforts to restore the Stormont executive amid a health service crisis in Northern Ireland.

Ms O’Neill also called for a speedy resolution of the issues surrounding the post-Brexit Northern Ireland Protocol in the UK-EU negotiations.

Ms O’Neill said if the protocol issues can be resolved it could lead to the Stormont executive returning.

The DUP is currently boycotting devolved institutions in protest at the protocol and the party insists it will not agree to a return to Stormont until its economic barriers to trade between Britain and Northern Ireland are lifted. not deleted.

The focus has been on talks between the EU and the UK following the collapse of devolved government in Northern Ireland.

Ms O’Neill said: “What we now need to see are the protocol discussions continuing in earnest.

“What we need is a quick resolution, an agreed resolution that allows the executive to come back up.

“That’s what I work for, that’s why the nursing staff tell us they want us to work and I think the public deserves no less.

“I want to be in the executive. I want to appoint a ministerial team.

“I’m afraid we don’t have an executive in this climate where our health service is collapsing around us.”

Pressures on health services have been evident in Northern Ireland in recent days, with a number of hospitals urging the public to only come in an emergency.

Ms O’Neill and her party colleagues Conor Murphy and Colm Gildernew met with nurses in Belfast on Wednesday to discuss the situation.

Speaking afterwards, she said: “It is clear that our whole health service is facing a very difficult situation, but in particular our nursing staff.

“They are asking for support and help, just to do their job.

“I’m not giving up. I think the one thing the nurses have also asked for is a little hope.

On Saturday evening, the Antrim area hospital temporarily closed to new admissions after declaring a major incident due to pressures caused by the number of patients presenting to the emergency room.

Since then, a number of other hospitals have described operating under extreme pressure, with large numbers of patients waiting in the emergency room and ambulances queuing outside.

A budget for 2022/23 had not been agreed by Stormont’s parties before the implosion of the ministerial executive in February.

Earlier, ministers had agreed in principle that any new spending plan should allocate increased funding to the region’s struggling health service.