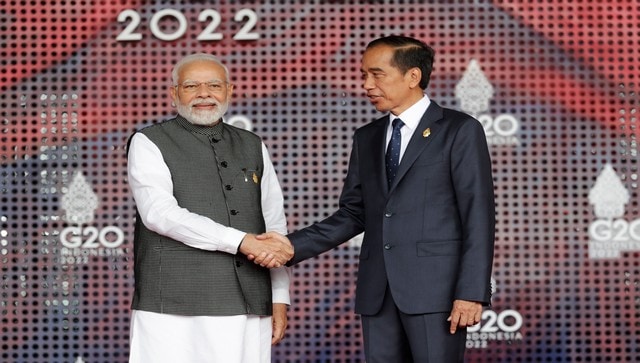 As G20 world leaders meet in Bali this week, the economic and geopolitical consequences of the Russia-Ukraine war will weigh heavily on the summit.

After centuries of war, Europeans settled into what they believed to be an era of peace. World War II was supposed to be the last conflict where Europeans killed other Europeans on a large scale.

The Balkan Wars and the dismemberment of Yugoslavia in the 1990s were an uncomfortable reminder of Europe’s violent tribal past. Saxons, Jutes, Vikings, Slavs and Visigoths have fought endless battles since the end of the Roman Empire. But now, in the civilized 21st century, could Europe hope for peace?

The European Union (EU), which began as a trading community after World War II, was designed for precisely this purpose. Countries that do business with each other rarely fight each other. The cordial agreement worked. The nations of the EU have lived in peace for more than 50 years and have prospered.

Russia’s invasion of Ukraine has awakened Europe from its gentrified slumber. An estimated 50,000 Russian and Ukrainian soldiers and civilians have been killed since the war began on February 24, 2022. Over the years, Europeans have quietly observed over 5,00,000 dead civilians in Iraq, Iran, Yemen and in Afghanistan.

But the more than 50,000 people who were killed in the Russian-Ukrainian war were relatively prosperous white Europeans, not poor Arabs, Afghans or Iranians. The anger against Russia for disrupting the peace and prosperity of Europe runs deep. Not only have more Europeans died in a conflict between two European states since World War I, but the Russian-Ukrainian war has also ravaged European economies and disrupted the lives of Europeans.

Germany has plunged into its deepest recession since the fall of the Berlin Wall in 1989. In Britain, 20% of all households are limiting their food and fuel consumption. Many are likely to spend the winter choosing between “heating and eating”. Skipping meals to save money is now commonplace in low-income UK households hit by food inflation.

Has the past come back to haunt Europe? In the 1600s, most Europeans were relatively poor. Sanitation was rudimentary. Plagues and diseases were common. Looking east and west, Europe saw opportunities. Riches awaited them in Asia and Africa and in the arid lands of America and Australia.

The era of colonial conquest and the transatlantic slave trade had arrived. Between the 1600s and 1800s, per capita incomes in Western Europe soared. Maritime countries prospered the most from Asian and African plunder: Britain, France, Spain, Portugal and the Netherlands.

Intra-European disputes soon broke out over the division of the spoils. Britain and France fought for India and North America. Spain and Britain are fighting over the Caribbean. Portugal and Spain battled for South America.

The strangest fights involved the new African colonies of Europe in the 1880s. The great European powers had noticed, during the cruel transatlantic trade of African slaves which had lasted for centuries, that Africa had more wealth than They never imagined it, but fighting for them would harm the interests of every European nation. They decided instead to collaborate in the plunder of Africa.

The US Public Broadcasting Service (PBS) dispassionately explains European strategy: “In 1884, the leaders of fourteen European countries and the United States met to discuss the control of Africa’s resources. Known as the Berlin Conference, they sought to discuss the partition of Africa, establishing rules for amicably distributing resources among Western countries at the expense of the African people. Among these fourteen nations present at the Berlin Conference, France, Germany, Great Britain and Portugal were the main players. In particular, representatives from Africa were missing.

“One of the tasks of this conference was that every European country that claimed possession of part of Africa would bring ‘civilization’ in the form of Christianity as well as trade. King Leopold II of Belgium promised this and the Congo was officially recognized as Leopold’s personal possession. Extraordinarily rich in natural resources – including ivory, palm oil, timber and rubber – Leopold would seek to increase his personal wealth at the expense of the environment and the Congolese people.

But the newly prosperous and militarily powerful European nations could not abandon their centuries-old habit of waging war against each other. With most of Asia and Africa colonized by 1900, Europe embarked on two continental wars in 1914-18 and 1939-45. He called both “world wars”, but they were essentially European wars. Their origin lies in old disputes in the heart of Europe. The main belligerents were Germany, Great Britain, France, Italy and the Soviet Union.

British and French colonies in Asia and Africa were drawn into European warfare, their troops serving primarily as cannon fodder on the front lines and trenches of Western Europe. After colonizing and impoverishing India, Britain offered Indian youth attractive wages to wage war against Germany. Hundreds of thousands of Indians have signed up.

The Japanese attack on Pearl Harbor in the United States in December 1941 turned a two-year-old European war into a global conflict. But the source of the conflict was in the major European capitals: London, Berlin, Paris and Moscow.

In 1884-85, the infamous Berlin conference between 14 European countries decided how best to carve up colonial Africa. The deal was torn up, ironically, by Berlin in 1914. The two world wars between 1914 and 1945 would cost millions of European lives, the majority in what are now Russia and Ukraine.

Seen through the prism of history, the Russian-Ukrainian war is the unfinished business of Europe’s violent past. For gentrified Europeans, lulled by years of peace and abundant trade, Russia’s invasion of Ukraine brought energy crisis, inflation and recession. This aroused both anger and shame. Europeans killing Europeans on the battlefield is a memory they thought they left behind.

The barely contained fury in European capitals over India’s nuanced stance on the Russian-Ukrainian war is erupting behind closed doors. How dare a former European colony not respond to Europe’s bids?

In the 1600s, European emissaries sailed to India to seek lucrative trading rights. As this decade unfolds, European business leaders are returning to India in search of markets in what they know will be, by 2028, the world’s third largest economy.

At the end of the last intra-European war, Russia will emerge weaker, Europe less secure, China a growing threat and the United States ideologically polarized.

At the G20 summit in Bali, as India prepares to assume the group’s presidency for a year, it will be seen by many as the engine that helps propel the world forward.

The writer is editor, author and publisher. The opinions expressed here are personal.