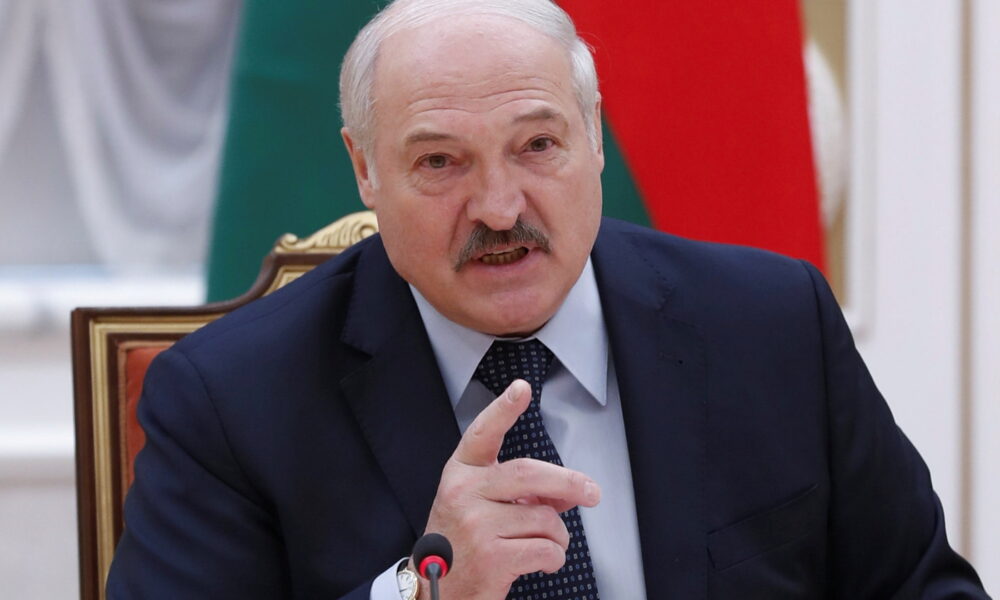 Lukashenko orders the closure of Belarusian border with Ukraine – BelTA

The United States, the European Union and Britain imposed sweeping sanctions on Belarusian entities and officials on Monday, June 21 and called on Minsk “to end its repressive practices against its own people”, write Robin Emmott and Sabine Siebold, Reuters.

The Allies and Canada have also called on President Alexander Lukashenko’s administration to cooperate in the investigations into the forced landing of a Ryanair plane there in May and the arrest of a journalist and his girlfriend in edge.

The coordinated action reflected the West’s growing frustration with Belarus which plunged into crisis last year when street protests erupted against what protesters called a rigged presidential election.

There was no immediate reaction from Lukashenko who has so far weathered the storm with a crackdown, denied rigging the vote and accused journalist Raman Pratasevich of plotting a revolution.

The veteran leader has increasingly turned to Russia for support.

The European Union has said it is imposing travel bans and asset freezes on 78 officials and entities, including Belarus’ defense and transport minister and his air force commander as well as judges and legislators.

The bloc said it was also preparing economic sanctions which Austria said would “tighten the wing screws” on the Belarusian government.

The US Treasury Department said in a statement it had blacklisted 16 people and five entities in response to the Lukashenko government’s “escalation of violence and repression”, including the forced landing of the flight. Read more.

The US action targeted Lukashenko’s relatives, the Treasury said, including his press secretary and the President of the Council of the Republic of the National Assembly, the upper house of the Belarusian parliament.

Britain has said it is adding several top Belarusian officials and entities, including an exporter of petroleum products, to its sanctions list.

Belarusian opposition figure Sviatlana Tsikhanouskaya welcomed the announcements. “The European Union has decided that it deserves these sanctions,” Tsikhanouskaya told reporters in Brussels. “I agree … We have to end the situation in our country, we don’t want it to become North Korea.”

Belarusian dollar sovereign bonds fell on Monday in response to the announcements.

The 2030 benchmark bond has fallen more than 3 cents – its biggest drop since the global COVID market rout in March of last year – and the 2031 bond issued in June of last year hit a level record, Tradeweb data showed.

Last year, the EU imported 1.2 billion euros ($ 1.5 billion) of chemicals, including potash, from Belarus, as well as more than one billion euros of crude oil and related products such as fuel and lubricants. Belarus also relies on loans from European commercial and development banks.

“We must tighten the thumbscrews after this ruthless state air piracy,” Austrian Foreign Minister Alexander Schaller told reporters in Luxembourg at a meeting with his European counterparts. “We want to hit the state-affiliated economic sector, the officials, not the Belarusian people, who are suffering anyway.”

While economic sanctions have yet to be finalized to withstand any legal challenge, Bordello said EU leaders would discuss political approval at a summit on Thursday.

Luxembourg Foreign Minister Jean Assembler said it was up to the EU to show that “state terror has no place in the 21st century”.

Restrictions on Belarus’ financial sector are expected to include: a ban on new loans, a ban on European investors from buying bonds in the primary market and a ban on EU banks from providing investment services. EU export credits will also end, although private savings will not be targeted. Securities in circulation and traded between fund managers are not expected to be affected, but secondary market sanctions may occur at a later stage.

The bloc will ban exports to Belarus of any communications equipment that could be used for espionage and tighten the arms embargo to include rifles used by biathletes, officials said.