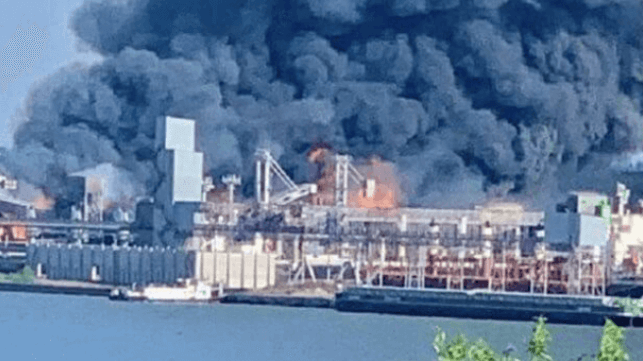 As shipping pursues decarbonization goals, carriers are increasingly embracing biofuels as a clean alternative to fossil fuels. MSC, CMA CGM and Hapag Lloyd are among carriers that have recently launched initiatives to expand their use of biofuels.

However, there are growing calls – particularly in Europe – for governments to impose a moratorium on the use of biofuels until the world avoids a hunger crisis. Following the blockade of Ukrainian ports by Russia, some developing countries are now threatened with famine due to a limited supply of grain.

“To free up the food supply and exert downward pressure on world prices, Europe needs to change its own behavior. As immediately as possible, the EU must stop all use of biofuels from sources that can instead be used as food or feed,” says a report by EU-based environmental campaign group RePlanet.

The report estimates that about a fifth (20%) of Ukraine’s total wheat exports could be replaced by ending the diversion of European wheat to biofuel production.

Biodiesel, an alternative fuel being considered by the shipping industry, typically uses large amounts of palm oil and other edible oils as feedstock. With sunflower oil now facing a critical shortage due to the war in Ukraine, the use of biodiesel from edible oils has a direct and immediate impact on the developing world.

“Europe can and must defeat Putin’s global food blackmail. Just as Europe must stop buying fossil fuels from the Kremlin by saving energy, we must also do our part to help avoid starvation in the Global South by saving food at home,” Mark said. Lynas, the author of the Replanet report and an environmental veteran. activist.

By 2030, the EU aims to increase the share of renewable energy in transport to at least 14%, including a minimum share of 3.5% biofuels. EU countries are supposed to impose an obligation on fuel suppliers to meet this target.

A report published last month by Trinomics and Aether on behalf of the European Parliament recommended strict sustainability conditions and a phased path for the use of biofuels in the transport industry.

“Sustainable biofuels will have a role to play in decarbonizing transport, especially aviation and shipping, but their rapid uptake will be limited in scope as a viable option to make a substantial contribution to the rapid elimination of fossil energy sources,” the report notes.