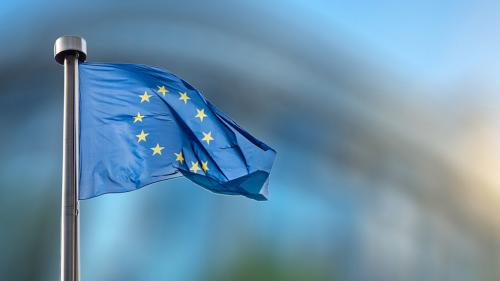 On July 13, 2022, the General Court of the EU (CGE) delivered its judgment in case T-227/21, Illumina, Inc. v European Commission. In its judgment, the EGC concludes that the European Commission (the Commission) is competent to examine a transaction which (a) does not have a European dimension, or (b) does not fall within the scope of national rules of EU Member States (or States party to the Agreement on the European Economic Area) merger control.

This judgment marks the first time that the CGE has adopted a substantive decision on Article 22 of Council Regulation (EC) No 139/2004 on the control of concentrations between undertakings (ECMR), after the Commission updated its guidance on the provision in March 2021.

The Commission has changed its practice due to a perceived enforcement gap regarding potentially anti-competitive transactions falling below all concentration thresholds in the EU. While the Commission’s renewed practice is not limited to specific sectors, digital and pharmaceutical/biotech mergers (as in Illumina/Grail) are of particular significance.

The judgment relates to the acquisition by Illumina, Inc. (Illuminated) of Grail LLC (grail).

Illumina is a company active in the large-scale analysis of genetic variation, particularly nucleic acid sequencing technologies. Grail is an American biotechnology company that has developed a multi-cancer early detection blood test.

On September 20, 2020, Illumina and Grail entered into an agreement whereby Illumina would acquire Grail. A day later, the two companies announced the proposed transaction through a press release.

Findings of the General Court

The EGC ruled that a textual interpretation of Article 22 CTMR makes it clear that an EU Member State is entitled to refer any concentration to the Commission if the cumulative requirements set out therein are met. This is independent of the existence or scope of national merger control rules. The reasoning of the CGE is as follows:

Illumina/Grail shows that the Commission takes referrals under Article 22 of the GBER seriously. This trend is set to continue. Indeed, the EGC judgment should reinforce the Commission’s determination to examine so-called “killer” acquisitions, including in the pharmaceutical/biotech and digital sectors, which are not notifiable under the European and national concentration control.

Therefore, now more than ever, EU merger control review will need to be part of any contemplated M&A deal – no matter where in the world the deal is intended to have. venue. Merging parties have different options, depending on their desired strategy and the complexity of the case, to seek advice from the authorities. For example, one option to consider could be for parties to contact the Commission to determine whether the Commission is likely to accept – or even invite – a referral request by NCAs.

In addition, account will have to be taken of Article 12 of the soon-to-be-adopted EU Digital Markets Act (AMD), under which designated ‘gatekeepers’ will have an obligation to inform the Commission of any proposed concentration before it is implemented, whether notifiable to the Commission or to an NCA. Presumably, the Commission may be able to use Article 22 BER to invite EU Member States to refer the case to the Commission if the matter does not fall within the competence of the Commission. The DMA can be an important source of information for the Commission in this respect.

Finally, transaction complexity is further increased by (a) future notifications under the proposed EU foreign subsidy regulatory regime, and (b) pre-closing submissions under national foreign/national security investments, which we reported on recently.