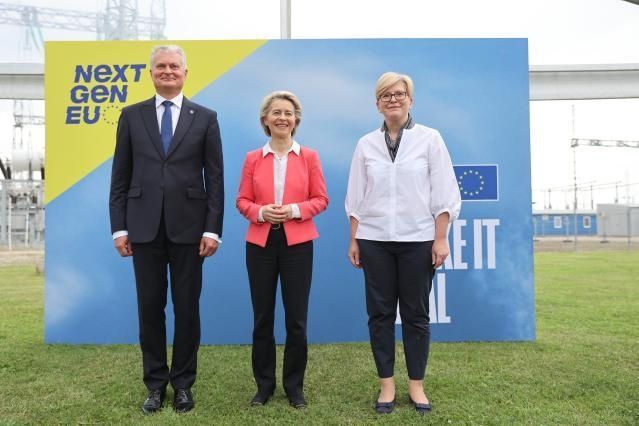 The Commission has adopted a set of decisions supporting the competitiveness and innovative capacity of the EU defense industry. The adoption of the first annual work program of the European Defense Fund (EDF) paves the way for the immediate launch of 23 calls for proposals for a total of € 1.2 billion in EU funding in support collaborative research and development projects in the field of defense. In addition, under the EDF’s precursor program, the European Defense Industry Development Program (EDIDP), 26 new projects with a budget of over 158 million euros have been selected for funding. In addition, two large capacity development projects have now received a direct subsidy of € 137 million within the framework of the EDIDP.

Margrethe Vestager, Executive Vice President of a Europe Fit for the Digital Age, said: “The European Defense Fund now plays a key role in making defense industrial cooperation in Europe a permanent reality. This will promote the competitiveness of the EU and help achieve our technological ambitions. With significant participation from companies of all sizes and from across the EU, the Fund offers excellent opportunities to foster innovation and advanced capabilities. 30% of the funding going to small and medium-sized businesses is a very promising start. “

Internal Market Commissioner Thierry Breton said: “In 2021, the European Defense Fund comes to life. With the EU’s very first defense program, European defense cooperation will become the norm. Governments will spend better together, and businesses – large and small – in all Member States will benefit, resulting in more integrated European defense industrial value chains. In 2021 alone, the EDF will fund up to € 1.2 billion in high-end defense capability projects such as the next generation of fighter jets, tanks or ships, as well as technology critical defense systems such as military cloud, AI, semiconductor, space, cyber or medical countermeasures.

During the first year, the EDF will co-finance large-scale and complex projects for a total amount of € 1.2 billion. To finance this ambitious deployment, the 2021 EDF budget of 930 million euros has been supplemented by a “complement” of 290 million euros of the 2022 EDF budget. This will make it possible to launch large-scale capacity development projects. and ambitious while ensuring broad thematic coverage of other promising topics.

With the aim of reducing the fragmentation of EU defense capabilities, improving the competitiveness of the EU defense industry and the interoperability of products and technologies, the 2021 EDF work program encourage and support a number of capacity development and standardization projects.

In the first year, the EDF will allocate approximately 700 M € for the preparation of large-scale and complex defense platforms and systems such as next generation combat systems or ground vehicle fleet, digital and modular ships and ballistic missile defense.

Around 100 million euros will be spent on critical technologies, which will improve the performance and resilience of defense equipment such as artificial intelligence and the cloud for military operations, semiconductors in the field of infrared and radio frequency components.

The EDF will also increase synergies with other EU civilian policies and programs, especially in the field of space (around 50 M €), medical response (around 70 M €), and digital and cyber (around 100 M €). This aims to promote cross-fertilization, allow the entry of new players and reduce technological dependence.

The Fund will be spearheading innovation with more than € 120 million allocated to disruptive technologies and specific open calls for SMEs. It will foster breakthrough innovations, especially in quantum technologies, additive manufacturing and radar on the horizon, and tap promising SMEs and start-ups.

The last EDIDP funding cycle resulted in the granting of support for the development of a number of new defense capabilities in areas as diverse and complementary as maritime security, cyber situational awareness or land and air combat.

The EDIDP 2020 cycle also confirms this year the model adapted to the needs of the European Defense Fund, namely:

The European Defense Fund is the Union’s flagship instrument to support defense cooperation in Europe and a springboard towards the EU’s strategic autonomy. While complementing the efforts of Member States, the fund encourages cooperation between companies of all sizes and research actors across the EU. The Fund has a budget of € 7.953 billion in current prices, of which around a third will finance competitive and collaborative research projects, notably through grants and two thirds will complement the investment of Member States by co-financing them. defense capability development costs. following the research phase.

The EDF’s precursor programs were the European Defense Industrial Development Program (EDIDP), endowed with € 500 million for 2019-2020, and the Preparatory Action for Defense Research (PADR), which had a budget of 90 M € for 2017-2019. Their objective, like that of the European Defense Fund, was to foster an innovative and competitive defense technological and industrial base and to contribute to the strategic autonomy of the EU. PADR covered the research phase of defense products, including disruptive technologies, while EDIDP supported collaborative development-related projects, including design and prototyping.