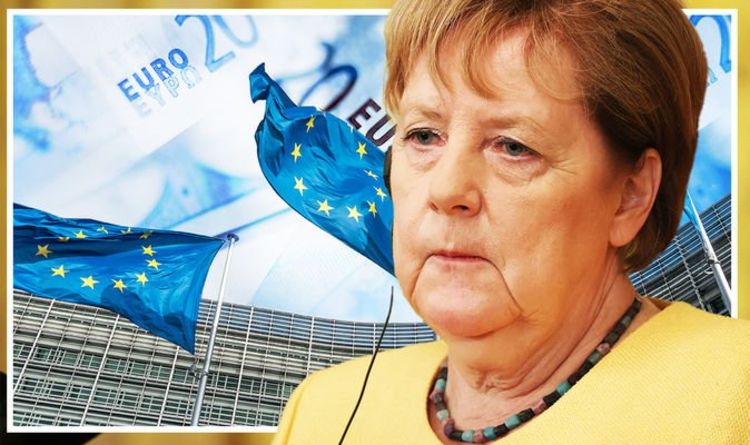 Analysis by German news agency DPA revealed that Berlin had pumped £ 16.4 billion into Brussels coffers last year. By comparison, France only paid £ 8bn and Italy only £ 5.3bn. This has given rise to suggestions that Germany, the EU’s largest economy, is helping fund billions of euros that are routinely siphoned off by the bloc’s most unruly members.

Poland is said to be the largest net recipient, receiving £ 10.5 billion from the EU budget that it has not paid.

Hungary has also benefited massively from the large flows of funds distributed by Brussels.

All this while Warsaw and Budapest were accused of breaking the rules of the bloc.

Even pro-Brussels politicians in Germany have been outraged by the volume of money being handed over to so-called rogue states.

Daniel Freund, MEP from the Greens, said: “If we want to prevent Hungary and Poland from turning further into autocracies, the European Commission must immediately stop paying EU money to Warsaw and Budapest.

The German MEP, member of the Social Democratic Party, said: “The European Commission should act immediately and block EU funds, especially in Hungary, but also in Poland.

“In these two countries, we face deficits in terms of adherence to democratic principles.

“The situation is getting worse, both in Hungary and in Poland.

The Eurosceptic politicians of the Alternative for Germany, which supports leaving the bloc if certain reforms are not made, have also expressed their frustrations.

German MEP Nicolaus Fest said: “It is scandalous that once again Germany continues to pay far more into the EU budget than all other Member States.

“Hardworking Germans deserve better than using their money to support weak and failing European economies. Our money should be spent on national priorities, not on bailing out the rest of Europe. “

“In return, the German government is now trying to impose on others a new catechism of political correctness.

“None of this is sustainable. Germany has neither the financial prowess nor the moral authority to recreate Europe in its own deeply traumatized and self-flagellating image.

“No one wants a bigger European Germany that hates itself except the German government. We need a big reset not for our economies but for the EU.

“The sooner the German people stop funding this European racketeering, the better.”

Berlin agrees with this sentiment and praises the European system as positive for Germany.

“No other European economy benefits as much from the EU’s internal market as the German market,” according to a federal government website.

Britain was able to stop its vast payments to Brussels by leaving the EU.

The Vote Leave group made the enormous flow of cash between London and the Belgian capital its main issue during the referendum campaign.

And Prime Minister Boris Johnson has kept his promise by slashing huge annual payments, which stood at £ 15.8 billion in the country’s last year of membership.