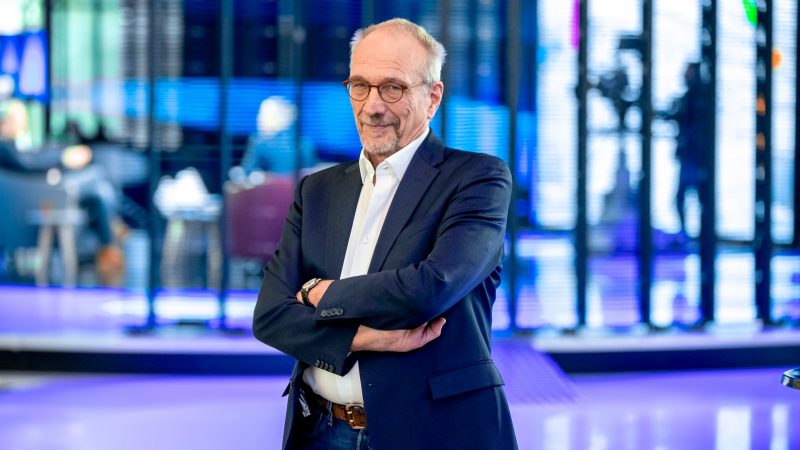 “I am against the drift of power in the EU’s forestry strategy” – EURACTIV.fr

There is no such thing as a European forest, and those who try to introduce an EU-wide forestry strategy that does not take into account regional differences “live in a fantasy land,” the Finnish lawmaker told EURACTIV Nils Torvalds.

Nils Torvalds is a member of the centrist Renew Europe group in the European Parliament. He spoke with Frédéric Simon from EURACTIV before an event organized on September 28 by the European Association of the Paper Industry (CEPI), on the EU’s forestry strategy.

The European Commission presented an EU forestry strategy in July. What do you think are the positive and negative points of this policy document?

There was, I think, a lot of misunderstanding early on in the process. Pressure has been exerted on the European Commission to have decisions taken in a manner inconsistent with the Treaty.

And this is the problem we have with the Commission’s proposal for the forestry strategy.

I had a discussion with [Environment Commissioner] Virginijus Sinkevičius before the publication of the forestry strategy, where he said he did not like clearcuts but did not have the power to ban them. It was sort of a recognition that the real power over forestry is in the hands of member states.

And now there is this EU forestry strategy that tries to expand the rights of the European Union – it complicates the issue and it is against the Treaty.

The counter-argument is that forests act as ‘carbon sinks’, which the European Commission sees as a crucial part of the EU’s climate strategy. Do you agree that indeed the forestry sector has an important role to play in achieving the EU’s climate goals?

Yes, but at the same time, if you read Articles 4 and 5 of the Treaty, it clearly says that the measures taken by the Union must be proportionate and that the Union must do as little as possible. This is the meaning of the treaty. Because it is not a Federation.

Therefore, I do not really accept the argument that we should go beyond what is in the treaty. We should try to find other solutions first.

And these solutions must be proportionate, which means that the Union has the right to say where we should aim at a very general level. But the decision of what to do should be left to the Member States.

Take the example of biodiversity, it diverges radically from one country to another. These measures must be defined by the Member States. And this is the principle of proportionality. I am against the drift of power in the forestry proposal of the Commission.

In your opinion, what can be the added value of a forestry strategy at European level? Do you see any positive points in the Commission proposal?

First of all, it would be necessary to define what would be the added value. A French forest, for example, is very different from a Finnish forest and there is not a single measure that can be taken at Union level that would suit both.

There is therefore not a single measure that can suit both a French and a Finnish forest.

So you think that there is no added value to a European forestry strategy?

One of the objectives of the Commission’s forestry strategy is to protect so-called primary and old-growth forests. Do you support this goal? And what do you think the definition of old age should be, as it can vary from country to country?

There is probably no primary forest in countries like the Netherlands. So, again, if you speak in general terms of the primary forest, then you are not addressing the real problem.

Now, if you are expressing concerns about primary forest in Finland, then we are on the same page. The primary boreal forest extends roughly from Sweden to the Ural Mountains in Russia. And the primary forest is abundant there, very abundant in fact.

But if you look at the primary forest of Central Europe, most of it was probably destroyed during the 30 Years War in the 1500s and then again during WWI and WWII.

Again, any discussion about this should be based on facts, not ideology. And as a former journalist, I expect journalists to have basic knowledge about different forms of forests and to know what primary forest is in different Member States. And that’s not the case in this discussion. What I hear very often from my former journalist colleagues are ideological concepts that are not based on facts. And I don’t like this ideological approach.

Well, there are policy proposals put forward by the European Commission. And your job as a member of the European Parliament will be to vote on these proposals …

This is not correct: I will vote on what we have amended of the Commission proposal.

Okay, let me ask you: one of the ideas contained in the Commission’s forestry strategy is to promote ‘carbon cultivation’, where forest owners can be paid for initiatives that restore the capacity of forests. and soils to store carbon dioxide. There is something similar in the so-called LULUCF regulation, which aims to develop European carbon sinks from forests. Do you agree with this idea? And if so, in your opinion, what should be the underlying principles to guide such a policy?

Back to the facts again. Carbon farming was a pilot project proposed by the European Parliament, and actually by me – myself – four or five years ago. The pilot project in southwest Finland aimed to measure what carbon farming could produce by sequestering carbon on a farm. And I totally agree with that.

So yes, I am very passionate about carbon agriculture. But again, we need to find out what different grasslands, fields and soils can do in terms of carbon sequestration. And here I am still missing some information from the Commission.

The Commission has yet to come up with detailed proposals on this, so what do you think should be the principles behind any EU proposal on carbon cultivation?

So we have to find something that is fair for the different Member States, which can be a bit complicated.

But I think it’s interesting, and we should try to find a solution for carbon sequestration, which works as a kind of supplement to ETS.

The Commission is preparing a proposal to certify carbon removals from forestry, agriculture or technological solutions such as direct air capture. Is this something that you would support as a MEP?

Yes. But again, there are different circumstances. Taking carbon capture and storage for example, there could be a big difference between natural solutions like forestry and technological solutions like CCS. So I think the Commission has a lot of work to do to find something that is doable.

Getting back to forestry, wood products actually store carbon dioxide and can also replace fossil fuels. In your opinion, is this function of forests sufficiently recognized?

During the last term, we talked a lot about LULUCF (Land Use, Land Use Change and Forestry) and HWP (harvested wood products). At that time, the question of harvesting timber for construction arose. In buildings, carbon can be stored for 100, 200 years or even 600 years if we consider Norwegian churches.

With new technologies, you can use wood fibers to replace cotton, there are two or three pilot projects in Finland on this. Cotton uses a lot of water, it has caused the depletion of the Aral Sea. Replacing it with wood fibers could therefore be a good solution for the future. Forest products can also be used as alternative fuels for airplanes to reduce their carbon footprint.

And again, we need to find a balance where we use forest resources responsibly. And it comes down to proportionality: the Union must specify the objectives and let the Member States decide how to achieve them.

During a river cruise in Europe, new rules and regulations