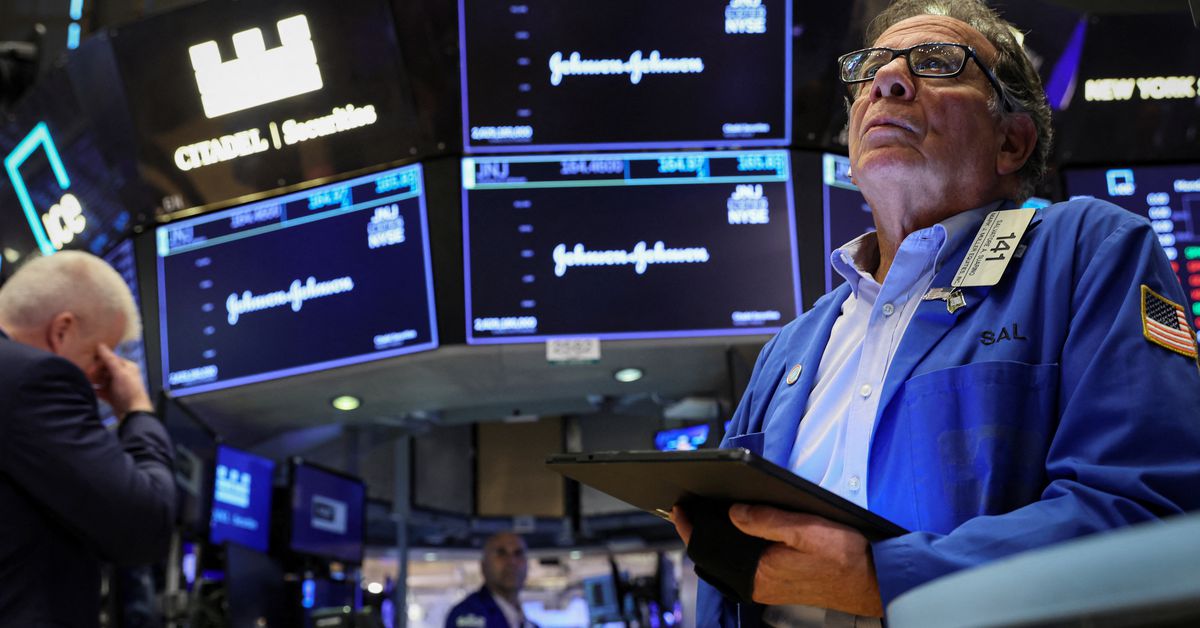 Building on Monday’s broad gains, the S&P 500 led major US equity indices higher to end the session up nearly 1% or more, with sectors up across the board.

Meanwhile, yields on benchmark Treasuries were last lower, after hovering throughout the day.

“The market was a bit oversold heading into Monday, and people were worried about what was going to happen over the weekend. People went into the week feeling a bit better,” said Robert Pavlik, manager of main portfolio at Dakota Wealth in Fairfield, Conn. “You get a combination of short coverage and fear of missing out.”

The belief that “a recession is coming and the Fed is going to raise interest rates, with the expectation that maybe a pause will happen something next year,” is now entrenched in the market, said Pavlik. “Without all that weight, the market may go higher after being sold.”

European stocks extended their political U-turn rally – with help from the tech sector – to close slightly higher on the day.

Treasury yields hovered throughout the session, but had fallen slightly by the closing bell.

The pound fell after jumping almost 2% on Monday, which supported the greenback against a basket of global currencies, but the dollar remained essentially flat for the last time, its gains subdued by sentiment. risky investors.

Crude prices fell on fears of rising US inventories and signs of declining global demand.

Reporting by Stephen Culp; additional reporting by Elizabeth Howcroft in London; Editing by Alison Williams, Will Dunham and Deepa Babington