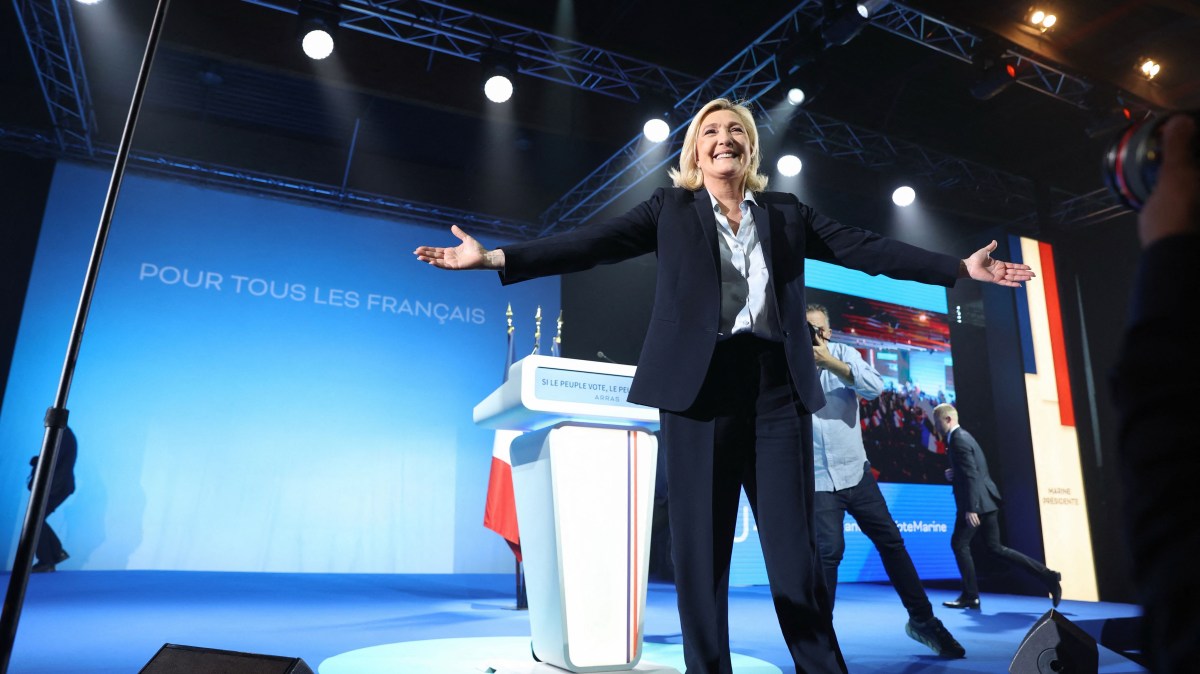 The economic results of a victory for Marine Le Pen

France goes to the polls on Sunday April 24 for the second and final round of the presidential election. As Emmanuel Macron looks likely to win a second term, rival candidate Marine Le Pen of the far-right National Rally party is nipping at his heels. At one point in the campaign, she was just 3 percentage points behind the president.

Macron’s re-election should have been a shoo-in. As president, he reduced unemployment, restored the French economy to pre-COVID levels, and made a name for himself on the world stage in his attempt to avert the invasion of Ukraine. However, as political scientist Romain Pasquier observed in a recent BBC interview, Macron has also acquired a useless image at home.

“There’s an expression in French these days that Emmanuel Macron is ‘Le president desriches’ – the president of the rich,” Pasquier said.

Macron’s business-friendly reforms, his plans to raise the retirement age from 62 to 64 and his rather aloof ways have apparently alienated many voters. Meanwhile, Marine Le Pen has taken a completely different approach.

Professor Douglas Yates of the American Graduate School in Paris said Le Pen was laser-focused on the cost-of-living crisis.

“She wants to create base salary increases. She wants to get rid of the fuel sales tax, which hits the poor hardest on their wallets,” he said.

Le Pen also pledged to lower the retirement age for people who started working young and, in a bid to attract young voters, she promised to scrap income tax for all under 30 and to offer low-interest loans to young couples starting a family. . And she softened what was once a harsh image.

“She tried to make herself kinder, like someone who wants to take care of you, who cares about people,” Yates said.

But hard-line politics remain. She is considering a deep cut in immigration, a ban on wearing the Muslim headscarf in public and a plan to restrict housing and social benefits to French nationals. Le Pen is pro-Russia, anti-NATO and anti-European Union.

“It would be extremely problematic for the EU if it had to deal with a Le Pen president,” said Ian Bond, a former British diplomat who currently works for the Center for European Reform think tank. Le Pen has abandoned her plan to take France out of the euro but, according to Bond, she still intends to block and obstruct the Union.

“It’s unlikely to be to France’s economic advantage,” he said. “France is an economy that is highly integrated into the European economy. Along with Germany, France is one of the engines of the EU. And so Marine Le Pen could do a lot of damage.

Marine Le Pen and her supporters claim that President Macron has harmed France. They argue that the ever-closer integration with the EU he advocates, coupled with high levels of immigration, poses a threat to French national interest and French identity.

During their last rally before the last round of the presidential election, members of Le Pen’s party chanted: “We are going to win”.

Opinion polls suggest they won’t, this time at least. But amid economic malaise, low wages and job insecurity, support for far-right policies has steadily grown.

“There’s a storm on the horizon,” said Yates of the American Graduate School in Paris. “I would not be surprised, five years after the next presidential election, to see the extreme right taking power in France.”

There’s a lot going on in the world. Through it all, Marketplace is there for you.

You rely on Marketplace to break down world events and tell you how it affects you in a factual and accessible way. We count on your financial support to continue to make this possible.

Your donation today fuels the independent journalism you rely on. For just $5/month, you can help maintain Marketplace so we can keep reporting on the things that matter to you.