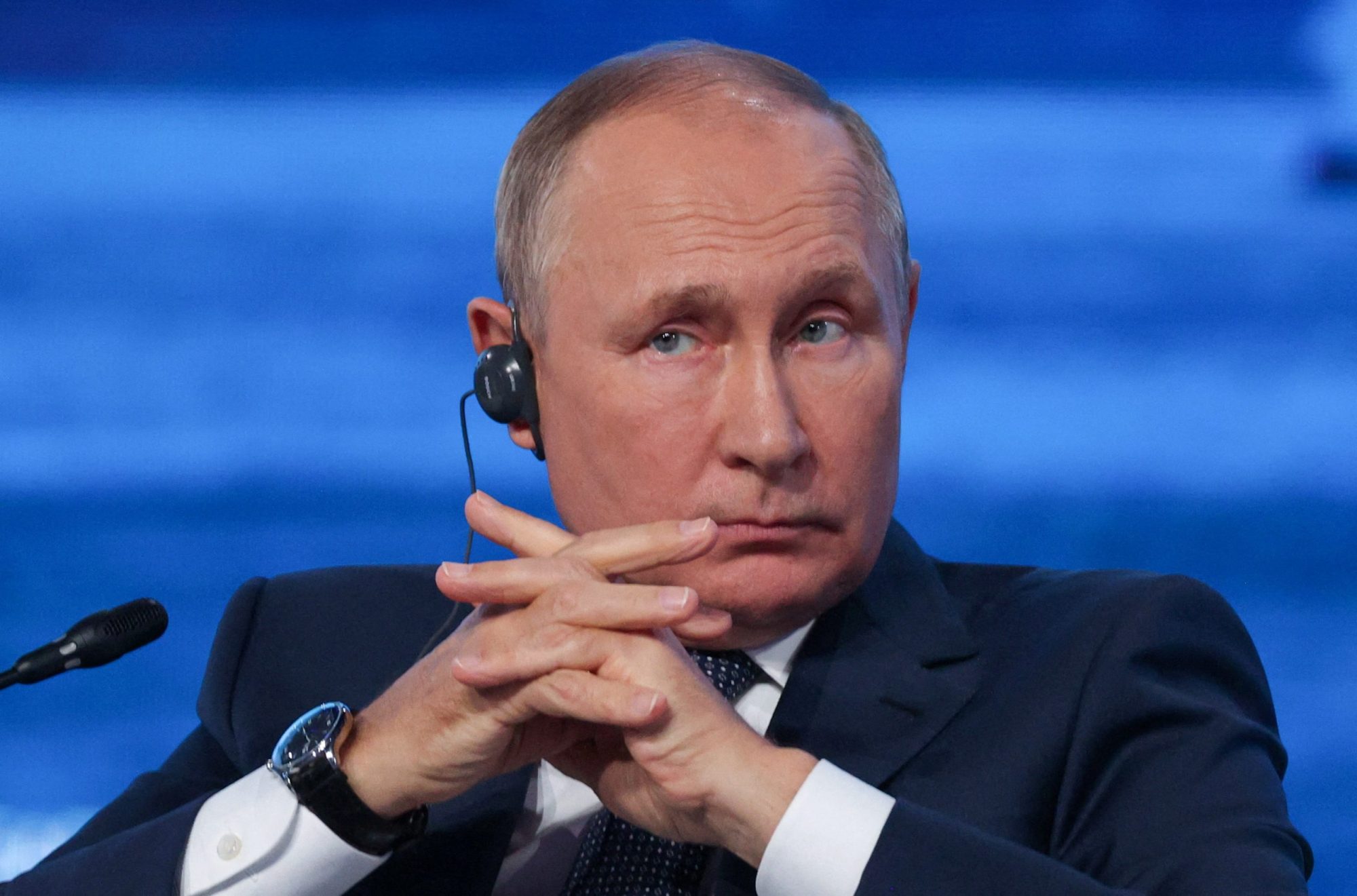 A week after Russian energy giant Gazprom suspended gas exports to Germany via Nord Stream 1, Russian President Vladimir Putin on September 7 threatened to cut off remaining supplies and let “the West freeze if he tried to cap oil and gas prices. Such statements would have rocked the markets and caused political panic only a few months ago, but that is no longer the case today. Instead, there are signs that Putin may have overplayed his hand and could be on the verge of losing his gas war against Europe.

For more than a year, Gazprom has kept the European energy markets in suspense. The Russian company has cut overall gas supplies to Europe this year by 40% compared to 2021, limiting exports to major buyers or completely suspending deliveries to companies or countries that have refused to bow to political pressure. This tactic pushed gas prices in Europe to historic highs, exceeding ten times the five-year average as companies and governments scrambled to find immediate solutions and avert an energy crisis of unprecedented scale in the approach of winter.

However, Europe seems to be adapting to Russia’s tactics. Although prices remain very volatile and well above the averages seen in recent years, they have already fallen by more than 40% since hitting record highs in early September. Meanwhile, there are growing indications that markets are finding solutions to the new circumstances, inspiring cautious optimism that the winter season ahead may not be as gloomy as many in Europe initially feared.

Unlike 2021 when European gas stocks were only 67% full at this time of year, storage facilities are now at 82% capacity, already exceeding the 80% target for the 1st October set by the EU for Member States. That alone is an extraordinary achievement given the rise in gas prices in recent months and the fact that Russian supplies to Europe are now less than a quarter of what Gazprom exported a year ago.

At the same time, record prices prompted large industrial consumers to curb demand, helping to rebalance the supply-demand balance. So far, industrial demand has fallen by almost 22% compared to the five-year average in Western European countries, with gas-intensive fertilizer companies closing or limiting 70% of production, according to the international provider of information and data on energy and petrochemicals ICIS.

The situation is far from ideal for industrial consumers and economies as a whole, but demand reduction is the most important tool to deal with the supply crisis. The EU has recommended a demand reduction of 15% compared to the five-year average between August 2022 and March 2023.

European governments have also prepared their populations for the difficulties they are likely to face this winter and are encouraging households to turn to alternative supplies not dependent on gas or to adjust the temperatures in their homes. The message is getting through. In August alone, overall household demand appears to have fallen by around 10% as European consumers rush to install solar panels, heat pumps or store firewood to save gas.

On the supply side, Europe is also undergoing a radical transformation. Across the continent, there is now more gas flow being pumped from west to east than from east to west. This means that Europe has resolutely turned towards the global supply of liquefied natural gas with imports of LNG now at record levels. Europe has received 1,026 LNG shipments so far this year, almost half of which have come from the United States. By comparison, annual European LNG shipments in 2021 amounted to 1,135, of which only 197 came from the United States, according to ICIS data.

These volumes are expected to increase further in the final months of the year as more countries expand their LNG import infrastructure. Two floating storage and regasification units (FSRU) have already docked in the Netherlands and are preparing to receive their first deliveries of LNG of American origin. The new facilities will supply not only local businesses but also consumers as far away as the landlocked Czech Republic.

Germany also plans to have three FSRUs in place until March 2023 and three more to come into operation by the end of 2023. Other countries like Estonia and Finland have jointly leased one FSRU which could be operational as of December 2022, while Poland plans to commission a pipeline to start delivering Norwegian gas by early October 2022.

Assuming a mild winter without long cold spells, Europe should be able to weather the current challenges, presumably even in a scenario where Gazprom had to completely cut gas supplies. However, much will depend on the technical capacity of infrastructure managers to manage electricity and gas transmission systems to avoid possible breakdowns, as well as on the solidarity of Member States and their mutual support when needed.

France and Germany have already pledged to help if needed, with the former offering to swap natural gas for electricity in the event of a shortage this winter. Such solidarity agreements must be extended to all of Europe and should include non-EU countries such as Ukraine and Moldova.

EU policymakers are currently under enormous political pressure to take populist action to protect consumers from high energy bills and possible rationing. While it is human to protect the vulnerable, politicians must also be aware of the measures that are taken so that they do not do more harm in the long term than good in the short term. They should remember that one of the main reasons why Europe is on the brink of an energy crisis is Russia’s gas war against European consumers. There are encouraging signs that Putin is losing his gas war, but Europe must ultimately ensure that Russia is disarmed for good.

Dr. Aura Sabadus is an energy journalist who writes about Eastern Europe, Turkey and Ukraine for Independent Commodity Intelligence Services (ICIS), a global market intelligence and data provider energy and petrochemicals company based in London. His opinions are his own. You can follow her on Twitter @ASabadus.

The opinions expressed in UkraineAlert are solely those of the authors and do not necessarily reflect the opinions of the Atlantic Council, its staff or its supporters.

The Eurasia Center mission is to strengthen transatlantic cooperation in promoting stability, democratic values ​​and prosperity in Eurasia, from Eastern Europe and Turkey in the West to the Caucasus, Russia and the Central Asia to the East.

Follow us on social networks
and support our work