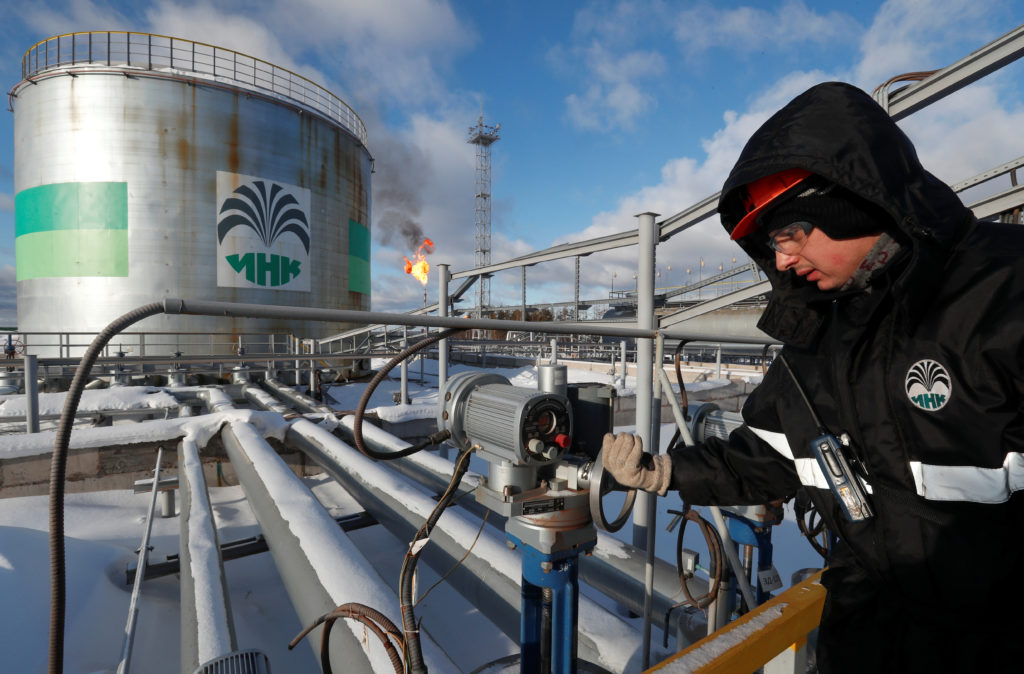 It’s not a summer heat wave that has European leaders and businesses sweating. There are fears that Russia’s manipulation of natural gas supplies could lead to an economic and political crisis next winter. Or, in the worst case, even sooner if Russia suddenly shuts off the gas.

Here are the key things to know about the energy pressure game during the war in Ukraine:

European Commission President Ursula von der Leyen warned on Wednesday that countries and industry must be ready in case Russia completely cuts off already limited supplies of natural gas. Fears are growing that the Nord Stream 1 pipeline linking Russia to Germany under the Baltic Sea will not restart after a scheduled maintenance shutdown later this month.

Russia has already cut gas supplies to a dozen EU countries, including Germany, the largest economy in the 27-nation bloc, which relies heavily on Russian energy to generate electricity and fuel their industries. The cut has led to accusations from business and political leaders that Russia is punishing Europe for its support for Ukraine, which Russia invaded four months ago.

READ MORE: Germany plans to limit the use of natural gas in the event of a shortage

Russian energy giant Gazprom has cut supply to the Nord Stream 1 gas pipeline that crosses the Baltic Sea between Russia and Germany by 60% – Europe’s main natural gas pipeline. The supply from Italy has been halved. Germany depends on Russia for 35% of its gas imports; Italy for 40 percent.

Why are the cuts a concern?

Europe is scrambling to fill its underground gas storage before winter. Gas utilities fill their reserves over the summer when hopefully they can buy cheaper gas, and then draw on those reserves over the winter as heating demand increases. The current reductions will make filling storage more difficult and expensive.

Dwindling energy supplies have brought closer the specter of a complete Russian gas cut that would prevent Europe from getting all the fuel it needs for next winter. Natural gas is used by several energy-intensive industries that are already facing higher costs and reduced consumption, which has contributed to the slowdown in the European economy.

Currently, Europe’s underground storage caverns are 60% full. The European Commission’s latest proposal is for every country to reach 80% by November 1.

Economists Holger Schmieding and Salomon Fiedler of Berenberg Bank say that if Russia does not resume deliveries via Nord Stream 1 after July 24, the EU “will probably be running empty at the end of winter. To be sure, some gas rationing would probably be put in place beforehand.

On top of all that, an explosion and fire at an export terminal in Freeport, Texas, knocked a fifth of US export capacity offline for months, sending a new chill through the gas market. Most of the terminal’s exports were destined for Europe, Rystad Energy said.

The EU, which before the war got around 40% of its gas from Russia, has outlined plans to cut imports by two-thirds by the end of the year and phase out Russian gas completely by 2027. The bloc has already said it will block the start of Russian coal. in August and most Russian oil in six months. The goal is to reduce the $850 million a day Russia was raking in from oil and gas sales to Europe before the war began.

To compensate for the reduction in Russian supplies, European governments and utilities have bought liquefied natural gas, or LNG, from the United States, which is delivered by ship, as opposed to gas which comes from Russia by pipeline and which is generally less dear. But the war has driven up energy prices, fueling record inflation in Europe and helping to maintain a steady revenue stream for Russia.

Efforts are being made to secure more pipeline from Norway and Azerbaijan, while accelerated deployment of renewables and conservation are expected to play a lesser role. Germany, which does not have LNG import terminals, is installing four floating terminals, two of which should be operational this year.

Despite the emphasis on renewable energies, the crisis is pushing countries to turn to fossil fuels. Germany is rushing through legislation to restart coal-fired power plants as a temporary measure despite plans to phase out coal completely by 2030. Officials have also urged Germans to save energy.

The Dutch government has said it will allow coal-fired power plants to operate at full capacity again to conserve natural gas that would otherwise be burned to generate electricity.

Europe’s gas security is fragile despite all these measures. Liquefied gas export terminals in energy-producing countries like the United States and Qatar are operating at full capacity, meaning Europe is bidding against Asia for limited supplies.

On Wednesday, the European Parliament approved a proposal to define natural gas as an environmentally sustainable energy, appalling environmentalists and making it easier for private investors to pour money into gas-related projects.

What is Russia’s game?

Gazprom says it had to cut flows to Europe via Nord Stream 1 because Western sanctions blocked key equipment in Canada, where it had been taken for maintenance. European governments are not buying it and call the cuts political.

Gazprom’s measures sent natural gas prices skyrocketing after they fell in the wake of the winter heating season. This increases Russia’s revenue at a time when it is under pressure from Western economic sanctions and adds pressure on Europe as it provides political and military support to Ukraine.

Gazprom’s maneuvers can also be seen as a reaction against Western sanctions and as a deterrent to imposing new sanctions. And large gas consumers have been warned that, like smaller ones, they are not exempt from a possible cut.

Germany and Italy saw their supplies cut around the time their leaders joined French President Emmanuel Macron in Kyiv to meet President Volodymyr Zelenskyy and back EU candidate status for Ukraine.

“Cutting Nord Stream 1 flows to Europe clearly seems like an effort by Putin to block Europe’s efforts to build gas stocks over the summer, presumably ready for another round of Europe’s energy wars this winter” , said Tim Ash, sovereign emerging markets strategist at BlueBay Asset Management.

Will Europeans see the lights go out or freeze this winter?

This is unlikely as European legislation forces governments to ration gas supplies to industry so that homes, schools and hospitals are spared. Countries that lack gas can also seek help from others that may be in better shape, although this depends on adequate gas pipeline connections.

The downside of rationing would be cutbacks and industrial closures which could cost jobs and growth in an economy already squeezed by high inflation and which could be heading into a recession.

Meanwhile, a full shutdown could push already-high gas prices toward their all-time high of 206 euros ($217) per megawatt-hour from March 7, further fueling inflation. In early 2021, before Russia gathered troops on the border with Ukraine, spot gas cost around 19 euros per megawatt hour.