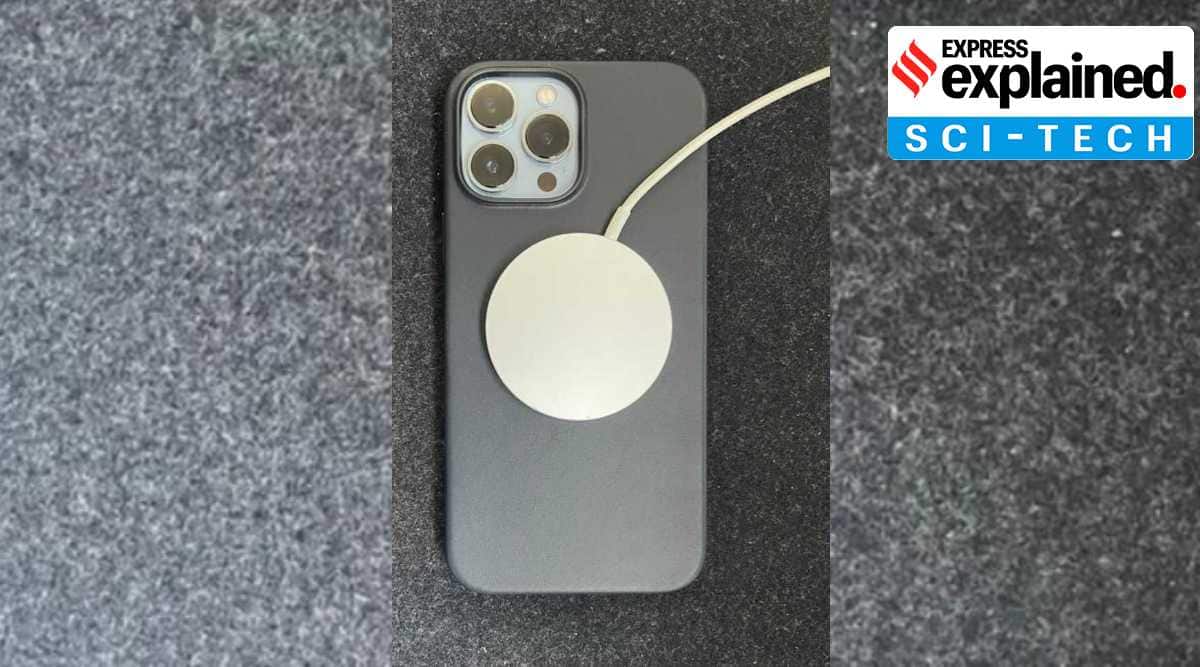 Explained: Why EU Rules on Common Chargers Could Result in iPhone Without Charging Ports

The European Commission (EC) on Thursday proposed a new rule that will force all manufacturers of cellphones and other electronics to adopt a single universal charging solution. An 18-page guideline made it clear that a common charger for all brands “would benefit consumers and reduce electronic waste”. But if there is one brand that will be affected the most by the move, it would be Apple that will be forced to rethink its iPhones from the ground up to comply with the rules.

We explain why the EU wants every phone to have the same charger and what the directive means for the tech industry.

For years, the European Parliament has been pushing for a common charger for mobile phones. But this week, the European Commission, the EU’s executive arm, announced a new plan to standardize charging ports for consumer electronics devices such as smartphones and tablets sold in the 27-country bloc. The new proposal appears to be more forceful and, once adopted, will mandate the use of USB-C as a common standard for almost all phones and other small mobile electronics. The legislative proposal will first be debated by the European Parliament to become law. Parliament has already voted in favor of new rules on a common charger in 2020.

Device makers would only have 24 months to comply with the rules and make changes to their products accordingly.

“European consumers have been frustrated long enough with incompatible chargers piling up in their drawers,” European Commission executive vice-president Margrethe Vestager said in a press release. “We have given the industry a lot of time to find their own solutions, now is the time to take legislative action for a common charger.”

The revised proposal for a radio equipment directive aims to promote a common USB-C charging port that will be convenient for consumers, but the move also reduces waste. The proposed ‘directive’ would also establish ‘harmonized’ fast charging technology that would prevent manufacturers from limiting charging speed. Thus, when a consumer purchases a device without a charger, proper guidance should be given on the charging standards supported by their device. Unlike the Brazilian regulator who continues to insist that manufacturers group the charger in the box of the device, the European Commission is in favor of unbundling the charger for new products. The move will affect smartphones, tablets, headphones, cameras, speakers and video game consoles.

USB stands for Universal Serial Bus, an industry standard for short-distance digital data communications. USB-C is the latest version of this standard and is symmetrical so that it can be inserted in either direction. USB-C is a single cable that can transmit data, audio, video, and power. For example, you can connect your laptop to an external monitor using a USB-C cable. It’s much faster than USB 2.0.

Some of the most popular Android smartphones, including the Samsung Galaxy S21, Nintendo Switch, Dell XPS 13, MacBooks, and even iPad, support USB-C. Half of chargers sold with cellphones in the European Union in 2018 had a micro-B USB connector, while 29% had a USB-C connector and 21% a Lightning connector, according to an impact assessment study Commission in 2019.

Why is the EU’s proposal to create a common charger port for all devices bad news for Apple?

If the European Commission goes ahead with its plan to make common chargers mandatory on all smartphones, the move would hurt Apple more than its competitors such as Samsung, OnePlus and Xioami.

For years, Apple has resisted the idea of ​​putting the standard port in its devices, especially the iPhone, perhaps the most successful product of the past decade. And there’s a reason the iPhone still supports the Lightning connector, not USB-C. By removing the iPhone’s Lightning connector, Apple will take a hit on its lucrative accessories business. There is an ecosystem around a Lightning connector and killing it immediately will create a problem for accessory makers, and the movement could be inconvenient, especially for consumers.

The Cupertino-based company has repeatedly warned that the EU’s proposal for a common charger would hurt “innovation” and create a mountain of e-waste if consumers were forced to switch to new chargers. “Apple is all about innovation,” the company wrote in a 2019 comment form opposing the initiative. “We want to make sure that no new legislation will cause unnecessary cables or external adapters to be shipped with every device, or obsolete devices and accessories used by millions of Europeans and hundreds of millions of customers. Apple in the world, ”he added. added.

What will Apple do next?

Europe is a crucial market for Apple. But Apple doesn’t make country-specific products. So don’t expect this strategy to change even if EU lawmakers succeed in standardizing charging ports for devices like smartphones and tablets. Apple has two options: either switch the iPhone to USB-C, or develop a portless iPhone instead.

According to the technology site The Verge, the European Commission’s proposal is limited to standardized wired charging and not wireless charging. This means that if the iPhone goes fully wireless in the future, Apple doesn’t need to add a USB-C port. This allows Apple to ship with an iPhone without a port and get rid of the wires altogether. It should be noted that the Commission proposal must first obtain the approval of the European Parliament and the Council, and that there is a two-year “transition period” which would allow Apple to launch a fully wireless iPhone. and without port.

The odds of future portless iPhones make more sense and Apple is already hinting at a portless future thanks to MagSafe, the wireless charging system taking advantage of a range of magnets that snap the iPhone 12 or iPhone 13 into place. Pro on a MagSafe washer. This whole idea of ​​MagSafe bypasses the need for a Lightning connector, although iPhones still have this charging system, but it no longer ships the wall adapter and wired headphones in the box.

In fact, previous reports have claimed that Apple will ship the iPhone without ports and switch to wireless charging altogether. Apple is not opposed to the drastic changes to the iPhone. For example, it killed the 3.5mm headphone jack with the iPhone 7 and the entire smartphone industry followed suit and ditched the headphone jack on their flagship phones.

The OnePlus 9 Pro, on the other hand, supports 50W fast wireless charging. Xiaomi recently announced a 100W wireless charger stand that can fully charge the Mi Mix 4’s 4,500mAh battery in 28 minutes. . So, yes, things are getting better every year, although for now wireless charging is still in its early stages.

Apple has yet to succeed with a standalone wireless charger. He tried his hand at building the AirPower wireless charger, but ultimately failed to ship the device due to technical issues. Reports of a new wireless charger have been circulating for months, but it remains to be seen whether Apple will manage to launch the product or suffer the same fate as the AirPower.

Reviews | Should the United States Extend the Social Safety Net?