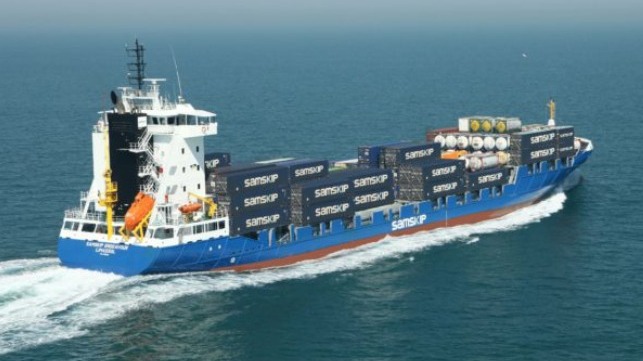 The European transport group Samskip will expand its activities in the Baltic with the acquisition of the shortsea specialist Sea Connect. The decision to expand its service to Eastern Europe is seen as an effort to seize transshipment opportunities in the Baltic and developing markets in Russia.

The Lithuania-based shipping company, which will be renamed Samskip Sea Connect, operates three 1A Ice Class container ships offering shortsea services connecting Russia, Lithuania, Denmark, Germany and the Netherlands. The ships are modern 700 TEU container ships, each equipped with 150 to 200 refrigerated outlets. Sea Connect calls twice a week to Saint Petersburg and Rotterdam, as well as once a week to Hamburg and Aarhus in Denmark.

“This acquisition strengthens our position in Russia, the Netherlands and a range of key Baltic ports in between,” said Kari-Pekka Laaksonen, CEO of Samskip. “It enhances services for Samskip’s shortsea customers by focusing on growth opportunities in Russia and adds opportunities for importers and exporters in the region to secure profitable and sustainable multimodal connections further afield. “

Experts predicted strong growth in collection networks in the coming years, with major carriers focusing on larger ships serving hub destinations. Samskip, which maintains an extensive network serving primarily Europe, Scandinavia and Iceland, is working to further expand its operations in the Baltic Sea. The acquisition of Nor Lines by Samskip in 2017 from the DSD Group, included terminals, warehousing and transport in Norway. The company also took on five time charter vessels as part of the transaction. This year, Samskip also launched a new operation in Finland.

The European Union, others to clean the beach of Laboma in Accra