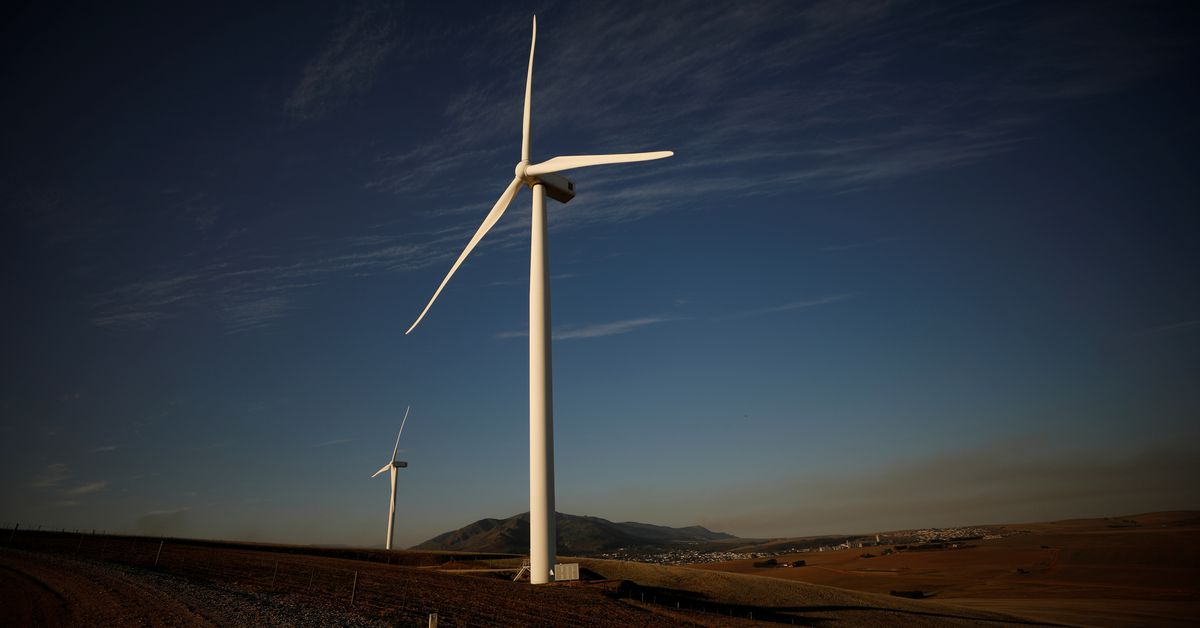 NEW YORK, June 15 (Reuters) – At a Reuters conference on Wednesday, energy officials called for short-term solutions such as efficiency and conservation during the current fuel supply crisis , saying companies must scramble to meet 2030 climate targets.

Global oil and gas supplies have tightened and fuel prices have skyrocketed since Russia invaded Ukraine. The industry has focused on meeting current energy demands, including increasing coal production for electricity generation, which would increase greenhouse gas emissions.

Enel (ENEI.MI) chief executive Francesco Starace said the fallout from Russia’s Feb. 24 invasion forced Europe to seek natural gas from other sources, but the focus on the increased supply of fossil fuels in the region was only temporary.

“It’s just a survival tool to get out of this period of inflation,” Starace said at the Reuters Global Energy Transition 2022 conference in New York.

In the longer term, the Ukraine crisis will help spur Europe’s transition away from fossil fuels by demonstrating the danger of unreliable foreign supply. The Italian utility has decided to seek a buyer for its assets in Russia, Starace said.

“The real trend, following the crisis in Ukraine, is that we will see an acceleration in the renewable energy space,” he said, noting that European countries can harness wind and solar energy at the national level and abroad.

Global CO2 emissions hit historic highs in 2021, according to the International Energy Agency, as economies rebounded from the depths of the coronavirus pandemic and coal-fired generation increased. This will continue unless countries like the United States help some countries switch to natural gas.

“Right now, in India and China alone, there is a plan to build nearly 600 coal-fired power plants. They will operate for three or four decades; they will devastate the atmosphere’s carbon budget,” said Ralph Izzo, CEO of the US utility Public Service Enterprise Group. (PSEG), on the sidelines of the conference. “We can help mitigate that by switching them from coal to natural gas.”

The industry is not doing enough to reduce carbon emissions for the current decade, instead favoring solutions for after 2030, said Guillaume Le Gouic, senior vice president of electrical systems at Schneider Electric.

In the mining industry, some expect supply shortages in the late 2020s as late adopters of low-carbon solutions rush to execute renewable projects, said Keith Russell, director from the consulting firm Partners In Performance. Too many projects are left for later, Russell said.

Companies have to tolerate some risk and failure when investing in renewables because not every project will make it to market, said Allyson Anderson Book, vice president for energy transition at Baker Hughes (BKR.O) .

“There are a lot of things we need to do now that could have short-term impacts, but we need to look at those short-term opportunities while planning for the change that will require long-term investments in infrastructure,” Navin said. . on the sidelines of the conference. “We have to do both.”

A number of leaders have also recommended carbon pricing in the United States to encourage greener solutions.

“I am not happy with the pace at which we are decarbonizing electricity supply,” said PSEG’s Izzo. “We need congressional action to put a price on carbon or pass the tax credits associated with renewables and nuclear power.”