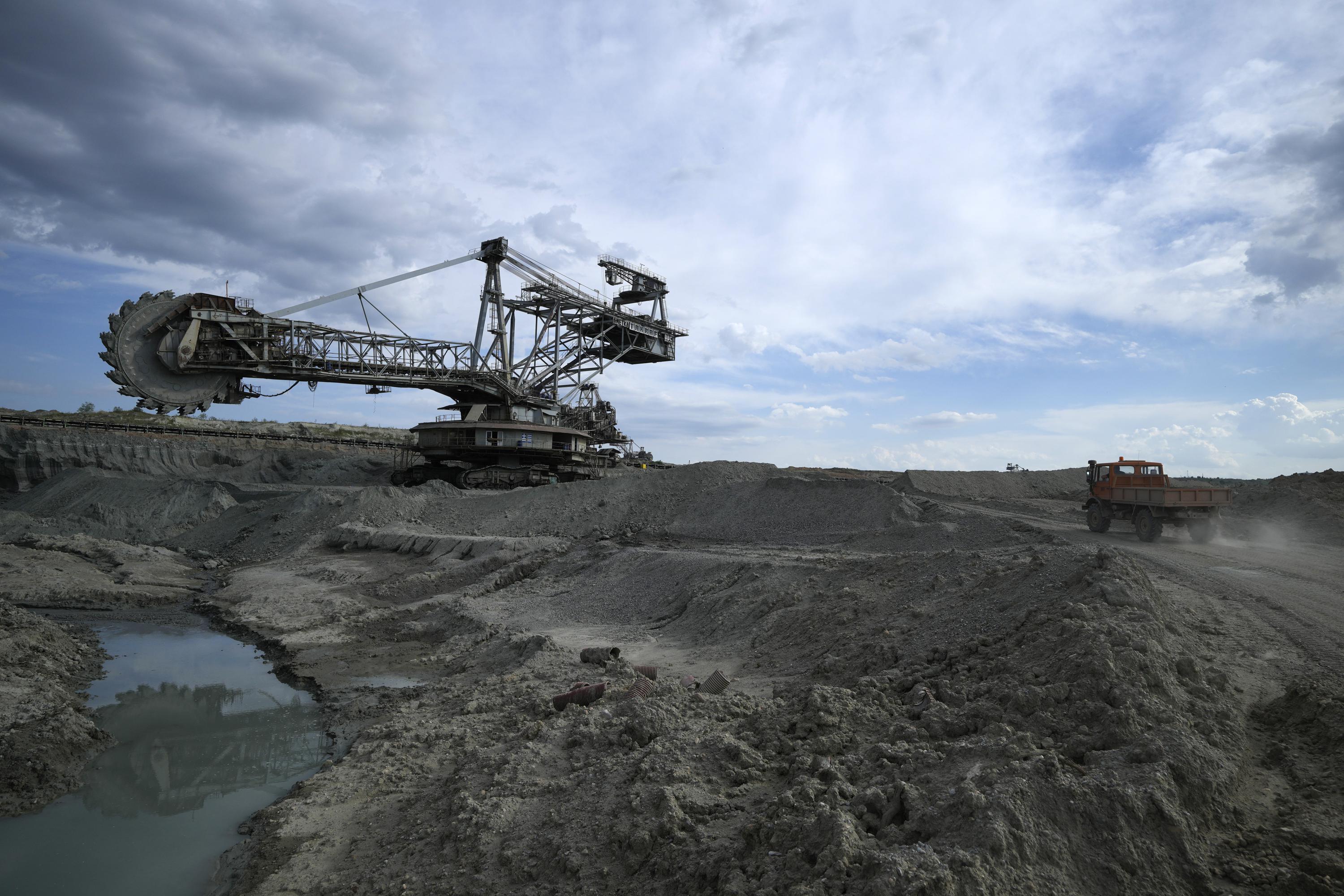 KOZANI, Greece (AP) — At Greece’s largest coal mine, controlled explosions and the roar of giant excavators scooping up blasted rock are once again commonplace. Coal production was accelerated at the site near the town of Kozani in northern Greece during the war in Ukraine forced many European countries to rethink their energy supply.

Electricity generated by coal in the European Union jumped 19% in the fourth quarter of 2021 compared to the previous year, according to the EU’s energy directorate, faster than any other energy source , as tension rose between Russia and Ukraine and before the invasion in late February.

Russian gas accounted for more than 40% of total gas consumption in the EU last year, leaving the bloc searching for alternatives as prices rose and supply was cut to several countries. Russia also supplied 27% of the EU’s oil imports and 46% of its coal imports.

The crisis has caught Greece at a difficult time in its own transition.

For decades, the country has relied on domestic mining of lignite, a low-grade, high-emitting type of coal, but recently accelerated plans to shut down older power plants, promising to make renewables Greece’s main source of energy by 2030. Currently, renewables make up about a third of the country’s energy mix.

A recently completed solar park, one of the largest in Europe, is just half an hour’s drive from the country’s largest open-pit lignite mine, near the northern town of Kozani.

At the inauguration of the new solar facility, Greek Prime Minister Kyriakos Mitsotakis announced a 50% increase in lignite production until 2024 to build up reserves. Plans to retire more coal-fired power plants have been put on hold.

“Not only Greece, but all European countries are making minor changes to their energy transition programs with short-term – and I emphasize short-term – measures,” Mitsotakis said at the April 6 event. .

Greek officials say the country is naturally suited to the development of solar and wind energy. It tests EU-sponsored battery technology attempt to wean its islands off expensive and polluting diesel-powered local power plants.

The Kozani mine covers an area nearly nine times the size of New York’s JFK airport: a black basin sunk into land surrounded by forests and poppy fields. Excavators use claw wheels higher than the side of a house to load coal into long conveyor belt lanes.

“It was the heart of Greece’s energy production,” mine manager Antonis Nikou said, speaking outside the plant and standing near the Orthodox Christian Church of Saint Barbara, the traditional protector miners, firefighters and others facing danger at work.

Nikou sees the end of the coal era in Greece as inevitable, a conviction shared for the rest of the EU by his own policymakers and many experts who argue that coal’s brief comeback will only serve as a safety net for that countries are stepping up renewable energy and updating their power grids.

“Trying to feel safe in terms of not being cold next winter is understandable, but it’s a very short-term arrangement,” said Elif Gunduzyeli, senior energy policy coordinator. at the Climate Action Network Europe, a coalition of environmental campaigns based in Brussels. groups.

The money needed to modernize the coal industry and find new deposits, she says, no longer attracts investors.

The integration of post-war Western Europe was largely driven by coal ‒ the European Coal and Steel Community formed in 1951 eventually evolved into the European Union ‒ but coal consumption the EU has long been overshadowed by other nations. China uses more coal than the rest of the world combined.

EU coal consumption has fallen by more than 60% over the past 30 years, with the decline accelerating since 2018.

Regulation in Europe and how it achieves international climate goals is closely watched by other industrial powers, as well as how it manages to save local economies in endangered mining communities.

The Greek Electricity Workers’ Union is lobbying the government to give coal a longer lifespan, instead of using gas imports which are now more expensive.

“It is clear that this transition has not taken place on a level playing field but in a way that has supported the interests of natural gas,” labor leader George Adamidis told the AP in an interview. “We made the decision to move away from Russian natural gas, but importing liquefied natural gas from the United States and elsewhere also involves a process that pollutes and therefore does not serve our climate goals.”

The union wants to extend the life of modern coal-fired power plants by around five years, until 2035, and even increase its share of electricity production from less than 15% currently to around 25%.

The government says money from the European Union’s Just Transition Fund, set up to help coal mining communities and other transition victims, will be used to help areas like Kozani with multiple programs, including including restoration of mined lands.

But Pavlos Deligiannis, a retired mine worker, urged authorities to extend the transition and give alternative industries tax breaks and other financial incentives to invest in the region and create jobs.

“We all know charcoal has an expiration date,” he said. “Our young people are leaving town… If you want a smooth transition, you think about the next business before closing the existing one. This is not what happened here, we did the opposite and we are not prepared for the green transition.