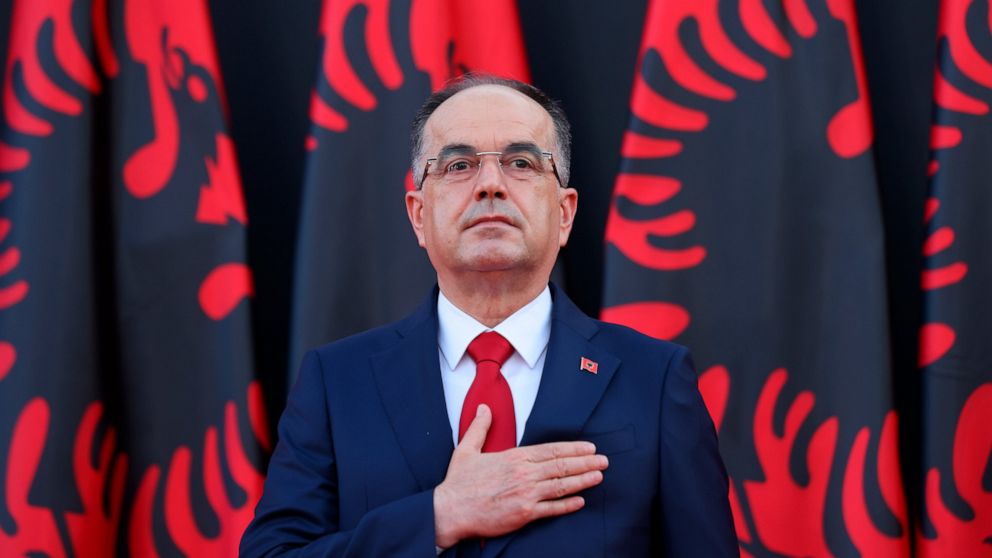 TIRANA, Albania — Albania’s new president was sworn in on Sunday and urged the country’s political parties to cooperate for the country’s future and consolidate the rule of law.

President Bajram Begaj, 55, who won after securing 78 votes in the 140-seat parliament, officially took office in a ceremony in parliament.

“I will not remain neutral towards anyone who puts their personal interests above those of our nation,” said Begaj, a former army chief of staff.

In a subsequent ceremony at the presidential office, the head of the Constitutional Court handed over the country’s Constitution to Begaj.

Begaj was nominated by the ruling Left Socialist Party after no compromise candidate was found with the opposition. Most opposition lawmakers boycotted the vote and some also avoided the swearing-in ceremony.

Begaj is the eighth president of post-communist Albania and the third among the military. The five-year presidency has a largely ceremonial role and the president is expected to stand above partisan divisions. The president is the overall commander of the military, also exercising some authority over the judiciary and the armed forces.

Begaj began his speech in parliament by talking about Albania’s “irreversible European path”.

Earlier this month, Albania, a NATO member since 2009, launched membership talks with the European Union.

“European Albania, today a promise and tomorrow a reality, is the crown of the most beautiful historical dream of the Albanian people”, he declared.

The EU, US and other Western countries welcomed Begaj to his new position.

European Council President Charles Michel congratulated Begaj in a tweet on Sunday, adding that “with the opening of accession negotiations, we are at an exciting time in EU-Albania relations.”

Transnistria: the next European republic to join Russia?

US and EU Regulators Discuss MiCA, Stablecoins and Bitcoin Regulation in Joint Forum