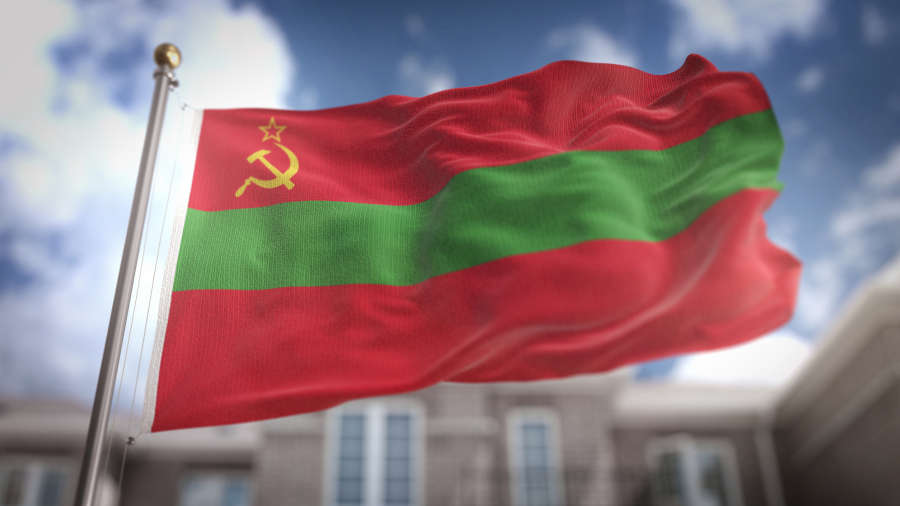 Transnistria: the next European republic to join Russia?

The little-recognized strip of land east of the Dnieper River in Moldova should be another thorn in the side of European mapmakers, as the unrecognized republic’s foreign minister, Vitaly Ignatiev, said last week that the region continued its race towards independence with a possible accession. in Russia.

The region shares a 405 km border with Ukraine and is part of the Dnieper Valley. It was part of Moldova, but engineered a split with the Moldovan government in 1990. Fiercely independent, it has historical issues with Moldova, Ukraine and Romania and wanted to remain independent, but under Moscow’s protection after the dissolution of the USSR, mainly due to historic violence and disagreements with Moldova over possible reunification with Romania to the west. Ongoing fierce medieval and historic battles between Romanian and Transnistrian troops have occurred over the centuries, with Transnistrians wishing to retain control of the eastern bank of the Dnieper, a situation that prevails today – much like their desire to maintain their allegiance to Moscow as their favorite country. protective. After skirmishes in 1991, Russian troops stepped in and kept the peace – and Transnistria – intact. The conflict between Russia and Ukraine has only made the Transnistrian region more determined to join Russia, especially since Ukraine has expressed its desire to join the European Union, which Transnistrians do not do not want to do because they are forced to accept Romania as a partner state.

Although the peace between Moldova and the ceasefire in Transnistria has held for three decades, 2022 also marks the 30th year of effective autonomy for Transnistria, although the political status of the territory remains unresolved: Transnistria is an unrecognized but de facto independent presidential republic with its own government, parliament, army, police, postal system, currency and vehicle registration. Transnistria has a constitution, flag, national anthem and coat of arms.

Ignatiev said on Friday that “the foreign policy vector of Transnistria remains unchanged: it is independence and subsequent membership in the Russian Federation, which was approved in the 2006 referendum. This vector was supported by 98% of the participants in the plebiscite. After that, the Supreme Council of Transnistria asked the Russian State Duma, the Federation Council and the President of Russia to recognize the republic as a sovereign independent state.

Since 1992, when a ceasefire was agreed, the Russian military has been working to maintain stability in the region in cooperation with Moldovan and Transdniestrian officials, while encouraging Chisinau, the capital of Moldova, and Tiraspol, the capital of Transnistria, to hold talks to settle the conflict. The Organization for Security and Cooperation in Europe (OSCE), Russia and Ukraine play the role of mediators and guarantors in these talks. This situation has now changed with the Russian-Ukrainian conflict and Moldova seeking to join the European Union, which for Transnistrians would mean de facto absorption with hated Romania.

Transnistria has a population of around 350,000 and a GDP of around US$1 billion. The GDP per capita of Transnistria is higher than that of Moldova.

Transnistria’s main industry is steel, due to the Moldova Steel Works (part of Russian holding company Metalloinvest) in Rîbnița, which accounts for around 60% of Transnistria’s budget revenue. The largest company in the textile industry is Tirotex, which claims to be the second largest textile company in Europe. The energy sector is dominated by Russian companies. The largest electricity company Moldavskaya GRES (Kuchurgan Power Station) is in Dnestrovsc and is owned by Inter RAO UES, while the gas transmission and distribution company Tiraspoltransgas is controlled by Gazprom. Transnistria’s banking sector consists of 8 commercial banks, including Gazprombank. The oldest alcohol producer KVINT, located in Tiraspol, produces and exports brandy, wines and vodka.

There is also no love lost between Transnistria, Moldova and Romania, which is problematic when you consider that Kyiv is so pro-EU and Romania is a member state.

Romania joined the invasion of the Soviet Union on June 22, 1941, supplying material and oil to Nazi Germany and committing more troops to the Eastern Front than any other German allies. Romanian forces played an important role during the fighting in Ukraine, Bessarabia, Stalingrad and elsewhere. Romanian troops were responsible for the persecution and massacre of 260,000 Jews in Romanian-controlled territories, including Moldova, Transnistria and Odessa, while it should be noted that Odessa itself had some 25,000 civilians by Romanian troops outside the city walls and another 30,000 deported to Nazi death camps.

This means there is fierce opposition in Odessa to EU membership, despite the port city of Odessa having been the capital of the Transnistria region for a number of years – the ties run deep . As can be seen, the situation is complex and historical emotions are running high.

With Russian troops apparently determined to take the port of Odessa, if successful (it should be noted that many Odessans would welcome a return to Russia), the situation regarding Transnistria would become clearer. What has not been recognized in the region is that there is very little appetite left in Odessa or Transnistria to join Romania in the European Union, a stated goal for Kyiv.

The region does not currently feature in the news about the Ukrainian conflict, but given the dynamics at play, it can only be a matter of time before it does.

Briefing Russia is written by Dezan Shira & Associates. The company has 28 offices across Eurasia, including China, Russia, India and ASEAN countries, assisting foreign investors in the Eurasian region. Please contact us at [email protected] for Russian investment advice or assistance with market intelligence, legal, tax and compliance issues throughout Asia.