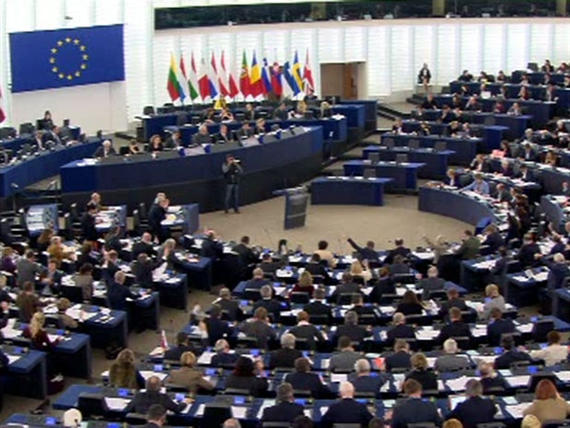 Judicially cornered by several countries, including the United Kingdom, the United States, Ukraine and Russia, Moukhtar Abliazov still enjoys the status of political refugee in France. He also enjoys a lot of support in the European Parliament and can count on the intense lobbying carried out by a controversial NGO, the Open Dialogue Foundation (ODF) within the European Parliament, where he defends his cause. Investigation into the sprawling networks of Mukhtar Abliazov, written SECRETdefense.org.

He is considered “the crook of the century” by the Kazakh government, which accuses him of having embezzled 6 billion euros from the coffers of the BTA bank, one of the main financial institutions in the country, of which he was the President. of the Board of Directors between 2005 and 2009. Sentenced – for several counts – for financial crimes in Kazakhstan, Russia, United Kingdom, Ukraine, France and United States.

Moukhtar Ablyazov, however, enjoys a lot of support in the European Parliament.

What do Isabel Santos, Ignazio Corrao, Nieklas NienaÃŸ or Anna Fotyga have in common? All members of the European Parliament, on February 8, 2021, presented a motion for a resolution condemning the alleged human rights violations in Kazakhstan, the country of origin of Mukhtar Abliazov. The resolution is finally adopted on February 11, 2021 in the European Parliament and takes the form of a symbolic condemnation of the country. A small victory for Moukhtar Abliazov, in open war, for more than ten years, with the power in place. The opportunity for him to consolidate his posture as a political refugee martyred by the Kazakh power, which he regularly claims in the European press.

In the newspaper The world, on May 6, he denounced the “duplicity of Paris with the regime of Kazakhstan and considers himself the victim of harassment on the part of Kazakh agents”, who would monitor him permanently. If he denies or remains evasive on all the facts with which he is accused, the condemnations are piling up in different countries, however little suspected of having common strategic interests between them or with Kazakhstan.

In Russia, he is accused of committing $ 5 billion in financial embezzlement. In Ukraine, where the charges relate to “fictitious loans, embezzlement, lack of collateral and the creation of off-shore companies”, the alleged financial embezzlement amounts to only “$ 400 million” for facts committed at the end of the 2000s. In Great Britain, he was notably ordered in November 2012 to pay $ 4.5 billion in damages to the BTA bank. In France, if he has been indicted since October 7, 2020, he still enjoys the status of political refugee since September 29, 2020 and the decision of the National Court of Asylum (CNDA).

The European Parliament and its links with the Open Dialogue Foundation

A heavy legal responsibility which does not prevent it from counting supports in the European Parliament, through the Open Dialogue Foundation (ODF), which leads an active lobbying in its favor in the mysteries of the community. Moukhtar Ablyazov sometimes even appears in the family with certain MEPs. At least nine parliamentarians, signatories of the resolution, have in recent years participated in events organized by the ODF or have met Mukhtar Ablyazov.

A resolution passed by the European Parliament, hostile to Kazakhstan, reveals the influence of pro-Ablyazov lobbies in the European Parliament. The resolution is the result of a mobilization of MEPs, opposing political parties, ranging from the conservative right to the radical left: conservatives from the European People’s Party, social democrats, environmentalists from the Greens / EFA or even a liberal . of Renew the groupsigned this resolution. Several clues suggest that it was born from the insidious influence of several relatives of Moukhtar Ablyazov, in particular grouped within the Open Dialogue Foundation, a contested NGO, at the heart of many suspicions of funding by the intelligence services. Russian, of links with money laundering mechanisms and with several sulphurous personalities. Through events, often organized in the premises of the European Parliament, the ODF weaves its web and widens its network of parliamentarians.

Sunday April 21, 2019, a Time item suggested that Â£ 1.5million had disappeared from the accounts of companies registered in Glasgow and Edinburgh to transit to those of the headquarters of the Open Dialogue Foundation, headquartered in Warsaw. In November 2018, a Moldovan parliamentary inquiry highlighted the possibility of close ties between the ODF and Russian intelligence services regarding activities aimed at destabilizing the Moldovan regime. An accusation that echoes another report, published by the Polish Chamber of Commerce , dated July 2017, highlighting the supply of military equipment to secessionist rebels in Donbass (infrared sights for snipers and bulletproof vests).

In addition, most of the personalities at the heart of the Open Dialogue Foundation’s pleas have been convicted of financial crimes in their country. Among them, Veaceslav Plato, Moldovan-Russian businessman, supposed architect of a large movement of remittances outside Russia Going through money laundering, or Aslan Gagiyev, founder of The Family, a mafia group. involved in contract murders, such as that of the mayor of Vladikavkaz.

Signatory MEPs from different political groups in the European Parliament

Several of the parliamentarians who drafted the motion for a resolution have, at one time or another, assumed their links with senior officials of the Open Dialogue Foundation, Mukthar Ablyazov himself or members of his family, and even others. . Kazakh personalities involved in financial crime cases. Interpersonal ties most often documented by the ODF itself, a sign that it is fully claiming its influence in the European Parliament.

Among the signatories of this motion are Isabel Santos, Portuguese Socialist MP, member of the Socialist and Democrat Group in the European Parliament, pictured with Lyudmyla Kozlovska, president of the Open Dialogue Foundation. She is, for the Social Democratic Group, at the origin of this resolution, along with two other deputies, Kati Piri and Andris Ameriks.

Isabel Santos participated in a conference of the Open Dialogue Foundation, held on October 9, 2014, on the theme of â€œthe abuse of Interpolâ€ (photo below), one of the great fights of the ODF, because several of the individuals it defends are the subject of a “red notice”, produced by one of the member states of Interpol.

Similar links have been identified for several MEPs from the Les Verts / European Free Alliance group. Viola von Cramon-Tauhadel (right, down) was photographed with Lyudmyla Kozlovska, during an event organized on November 26, 2019 by the Open Dialogue Foundation and the Center for Civil Liberties (CCL). She sits next to him at an event celebrating Oleg Sentsov (left, down), a former Russian political prisoner and winner of the Sakharov Prize.

The event, according to the Open Dialogue Foundation, also included in its ranks Petras AuÅ¡treviÄius, a Lithuanian MP from the liberal group Renew Europe (left in the photo below). Also close to Lyudmyla Kozlovska, he was photographed with her and is one of the signatories of the motion for a resolution.

Close to the Greens – ALE group, the Greek deputy Niklas NienaÃŸ was photographed with Lyudmyla Kozlovska and Bota Jardemalie, also concerned by the justice of Kazakhstan. Once again, the event was organized by the ODF. Bota Jardemalie (third from right, photo below) was also a member of the board of directors of BTA bank, where she met Moukhtar Ablyazov between 2005 and 2009, as managing director. An article in the Belgian newspaper The OI, dated August 12, 2020, reveals to have escaped the freezing of its assets by the English justice by using the accounts of an offshore company.

The deputies who signed the motion hostile to Kazakhstan sometimes directly display their links with Mukhtar Ablyazov, such as Anna Fotyga, conservative and Eurosceptic MEP, member of the Polish Law and Justice party. Also pictured is Mukhtar Ablyazov’s daughter, to the right of her father. Here again, Anna Fotyga is a signatory of the resolution.

contested, the Open Dialog Foundation claims its lobbying activities within the European Union Transparency Register. Its raison d’Ãªtre is, according to the European Commission, “the organization of observation missions, including the observation of elections and the monitoring of the human rights situation in post-Soviet countries”. But it also seems to practice the dissemination of â€œturnkeyâ€ resolutions to certain parliamentarians, a method which calls into question the influence of certain NGOs, sometimes controversial, within European institutions.