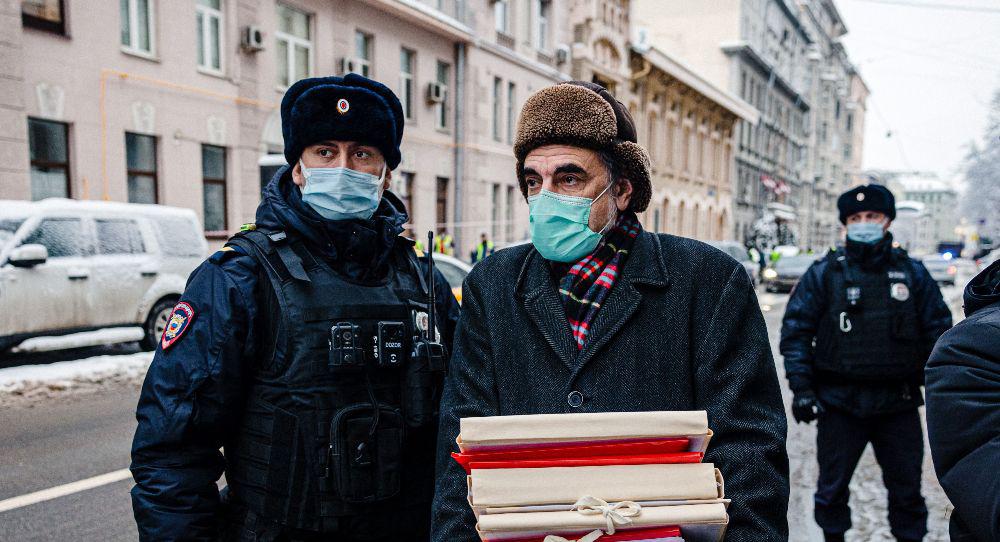 People were crammed into small living rooms. Often there was only standing room, if at all.

There they listened to lectures given by historians, philosophers, writers or playwrights.

Dempsey is a non-resident senior fellow at Carnegie Europe and editor-in-chief of Strategic Europe.

It was Prague before 1989, when the Communist regime was ousted from power after weeks of peaceful protests.

The lectures were given by academics who had been fired after the failure of the Prague Spring of 1968. Overnight, many, including the late VÃ¡clav Havel, the last of Czechoslovakia and the first president of the Czech Republic, were frequently imprisoned or coerced into subordinate acts. jobs to earn a living.

During the day, some fed the stoves or cleaned the public toilets. At night, they turned to underground universities, whether in Prague, Krakow, Warsaw or other central European cities. It was a special kind of civil society.

The organizers of these private seminars were determined to protect independent thought. And they were determined to debate the history, which communist regimes across this part of Europe wanted to monopolize in order to sell their own interpretation of the past.

In Russia, Memorial was the thorn in the side of the Kremlin.

Since its founding over thirty years ago, with great credit to the country’s most prominent dissident Andrei Sakharov, those working with Memorial have meticulously sought to uncover the Stalinist past. They have constituted a huge and unique archive that has shed light on such a dark period in Russian history.

Memorial was not only crucial for documenting the past. He served as a catalyst for individuals to create other organizations that would complement his work. “The attack on Memorial is a new dimension in the state’s struggle against civil society,” Sabine Fischer, Russian expert at the German Institute for International and Security Affairs (SWP) in Berlin, told Strategic Europe. â€œThe memorial is an extremely important symbol of Russian civil society. “

For President Vladimir Putin, Memorial’s scrutiny of the past and its appeal to activists posed a challenge. It shook the Kremlin’s own narrative of the Stalinist era and its control over independent activities. Now, Memorial and Memorial International, which heads the organization, are accused of violating Moscow’s law on “foreign agents”, which the authorities use to silence independent voices.

â€œThe state criminalizes the activity of civil organizations. And now criminalizes the memory of the victims of the State â€, wrote Andrei Kolesnikov, Principal Investigator at the Carnegie Center in Moscow.

The crackdown on independent organizations has also taken its toll in Belarus. After peaceful protests against the rigged presidential election of August 2020 which gave Alexander Lukashenko a fifth consecutive term, he ruthlessly tried to put an end to civil society or any kind of independent activity.

Thousands of people of different ages are in prison. It is estimated that there are nearly 700 political prisoners. Lukashenko and Putin are in fact doing everything possible to shut down civil society.

This is what the communist regimes tried to do before 1989. The existence of underground universities, the formation of the Committee for the Defense of Workers of Poland (KOR) which became Solidarity in 1980, the establishment of Charter 77 in the ex-Czechoslovakia, showed how individuals, despite repression, had the courage to create and protect a space that the communist regimes hated.

Since then, these regimes have either collapsed or transformed into power structures that often view activists and civil society organizations as threats.

In Moldova, for example, after years of rampant corruption and oligarch-dominated power, civil society and citizens have had enough. The country, led by a young pro-European government, finally has a chance to introduce economic and political reforms.

Moldova as well as civil society activists, academics, lawyers, writers, students and trade unionists in Belarus, Russia and other countries bordering the EU need as much help as possible from European governments.

The EU has a long history of supporting civil society organizations in partner countries. Its financial aid to Ukraine, with Germany playing a major role, is slowly bearing fruit. Ukraine now has a vibrant civil society that focuses intensely on fighting corruption, strengthening the rule of law and creating an independent judiciary. The task is monumental, not thanks to the oligarchs who have always resisted reforms.

On December 14, 2021, the EU adopted the Global Europe Civil Society Organizations program, worth â‚¬ 1.5 billion ($ 1.7 billion), for the period 2021-2027. â€œCivil society organizations are essential for the realization of human rights, the rule of law, democracy and stability,â€ says the European Commission.

This is welcome. But what about the activists imprisoned in Belarus and Russia? What about academics, writers, journalists and licensed lawyers? How can we help them?

During the 1980s in Central Europe, universities in Britain and other Western European countries tried to support their counterparts in Warsaw, Prague or Budapest by providing them with books, inviting academics to lecture in West and trying to keep them from being isolated.

Today, universities and other academic institutions in Europe are trying to find ways to support civil society actors in Russia and Belarus.

â€œThe German Society for Eastern European Studies wants Germany to build some kind of hub for researchers and academics,â€ Gabriele Freitag, its director, told Strategic Europe. â€œAcademics in Russia and Belarus are under such pressure. From a German perspective, proactive policies are not in place.

“We must support the activists who defend freedom,” said Alexander Libman, Russian expert at the Free University of Berlin. â€œWe must continue to invite them, to keep in touch, to offer scholarships. And do what is possible to support civil society. It is very difficult because of the law on foreign agents, â€he explained. â€œIt is about doing everything to prevent individuals from isolating themselves.

And that’s exactly what the underground universities in Prague and Warsaw tried to do over thirty years ago.

It is the last Strategic Europe blog from 2021. What another extraordinarily complex and confusing year this has been. The pandemic continued to alter many assumptions about geopolitics, strategy, and interests. We wish you all a safe Christmas and New Year, or however you celebrate the holidays. The blog will be back on January 6, 2022. ~ Judy Dempsey