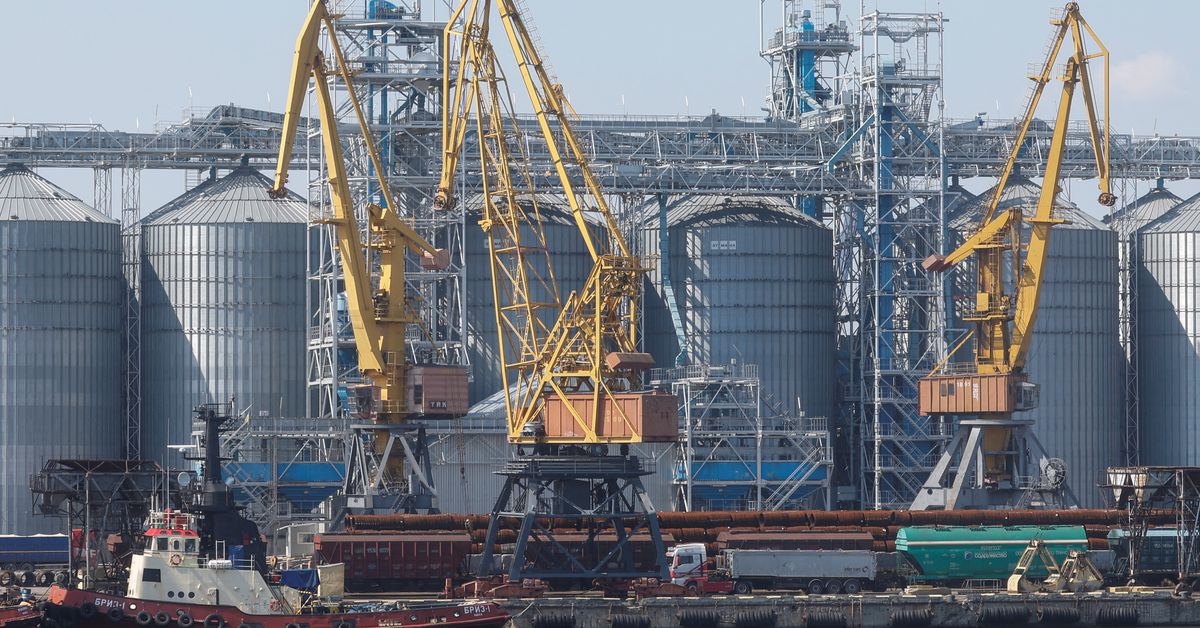 Oct 8 (Reuters) – Ukraine’s economy shrank around 30% in the first three quarters of 2022 compared to the same period in 2021, largely due to the Russian invasion, the ministry said on Saturday economy.

Bad weather in September which slowed the pace of the harvest also played a role, as did supply interruptions to the Zaporizhzhia nuclear power plant, the ministry said in a statement. Ukraine and Russia accuse each other of bombing the facility.

Exports in September jumped 23% from August to their highest level since the start of the war in February, helped by an internationally negotiated agreement allowing the shipment of grain from Black Sea ports.

“The situation on the front improved in September, but the enemy continued to shell Ukrainian territory, which put pressure on business and logistics,” the ministry said.

“Further destruction of production facilities, infrastructure and residential buildings,” as well as uncertainty over the duration of the war, are hampering development and delaying recovery, he said.