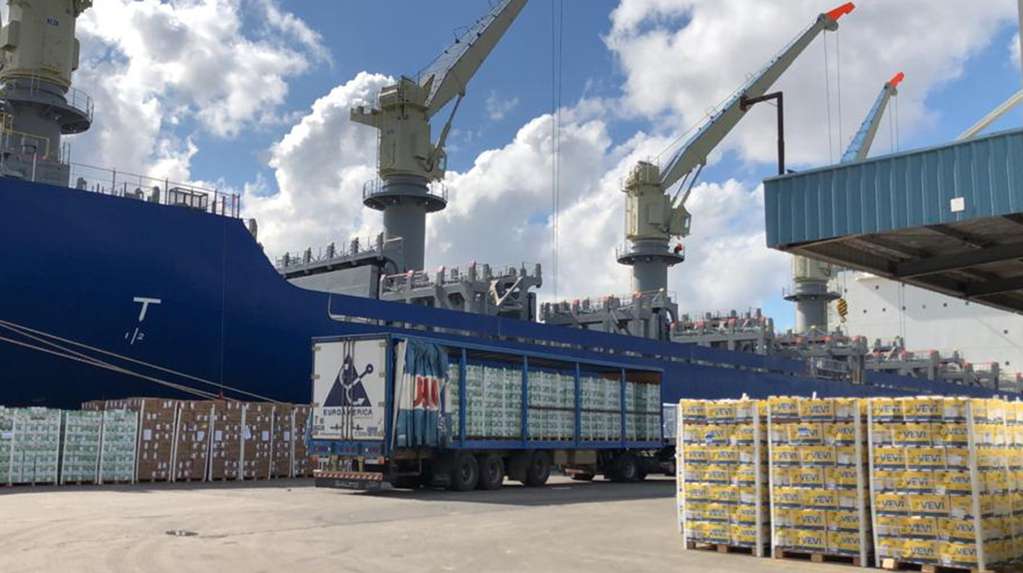 Boarding 13,634 tonnes of fresh fruit (lemons, mandarins and oranges), in addition to pears and nuts, to the European Union and Russian Federation It was considered by the Minister of Agriculture, JuliÃ¡n DomÃ­nguez, as â€œa new milestone for our exportsâ€. In addition, he said he “is proud of the producers”.

The president of the National Service of Health and Food Quality (Senasa), Carlos Paz, also said he was satisfied with this “Historical expedition of Argentine citrus fruits, because it is the result of the management of our government, which seeks productive development, strengthens industry and adds value as a generator of jobs â€.

With all, on June 15 of this year, a shipment of a similar volume was made, 11,000 tonnes, which also left the port of Campana to the same destinations, two of the main ones in this category for our country. At that time, there were 9,809 pallets, consisting of: 4,917 pallets of lemons, 3,855 of mandarins, 109 of oranges, 272 of apples and 512 of pears, plus a batch of 144 pallets of sweet potatoes. as officially reported.

The Ministry of Agriculture reported on Wednesday that â€œour country annually produces around 3,542,000 tonnes of fresh citrus fruits and four out of ten exported fruits belong to this group. Of the 364,800 tonnes exported in 2020, 68% correspond to lemon, 22.5% to orange, 9.2% to mandarin and 0.2% to grapefruit â€. Indeed, what is now shipped to Russia and the European Union accounts for 4% of the annual total.

The head of the health agency who inspected and certified the shipment, took into consideration that â€œthe citrus industry has had many problems and we have managed to reverse this situation, promoting joint work between the State and the private sector, since we all have the same objective: to see an Argentina that rises and adds value â€.

Paz was convinced that “this always results in work for regional economies, with TucumÃ¡n, as a good example. During the last season, we have worked very hard with producers and provinces to improve the quality and health of Argentinian citrus fruits and thus we have access to very demanding markets, such as the United States â€.

The National Director of Plant Protection of Senasa, Diego Quiroga, He added that “thanks to the improvements being made to the phytosanitary certification for the export of citrus fruits and the product of Senasa’s joint work with the private sector and with the provinces, the 2021 campaign is proceeding normally.”

The team of professionals with an international signature, belonging to the health organization, carried out the phytosanitary certification of the pallets which are refrigerated in a conventional warehouse and their complement of containers on deck.

“In accordance with the function of control and national organization of phytosanitary protection that Senasa has, it is that the work of producers, packers, shipowners, shipping companies and the entire export sector of materials firsts with high added value “, detached itself from the body.

It should be remembered that during the month of August the government established benchmarks for the export of lemons and limes, destined for the United States and Canada, as well as for countries in Europe and from Asia. As indicated, the measure aimed to detect and avoid “possible under-invoicing maneuvers”.

The new prices were established by general resolution 5047 published in the Official Journal. â€œThese values â€‹â€‹are very important for the entire production chain of lemons and limes, mainly in the north of the country. These are clear rules for foreign trade that act as a protection for those who comply with the rules, â€said the head of customs at the time, Silvia Traverso.

During a river cruise in Europe, new rules and regulations