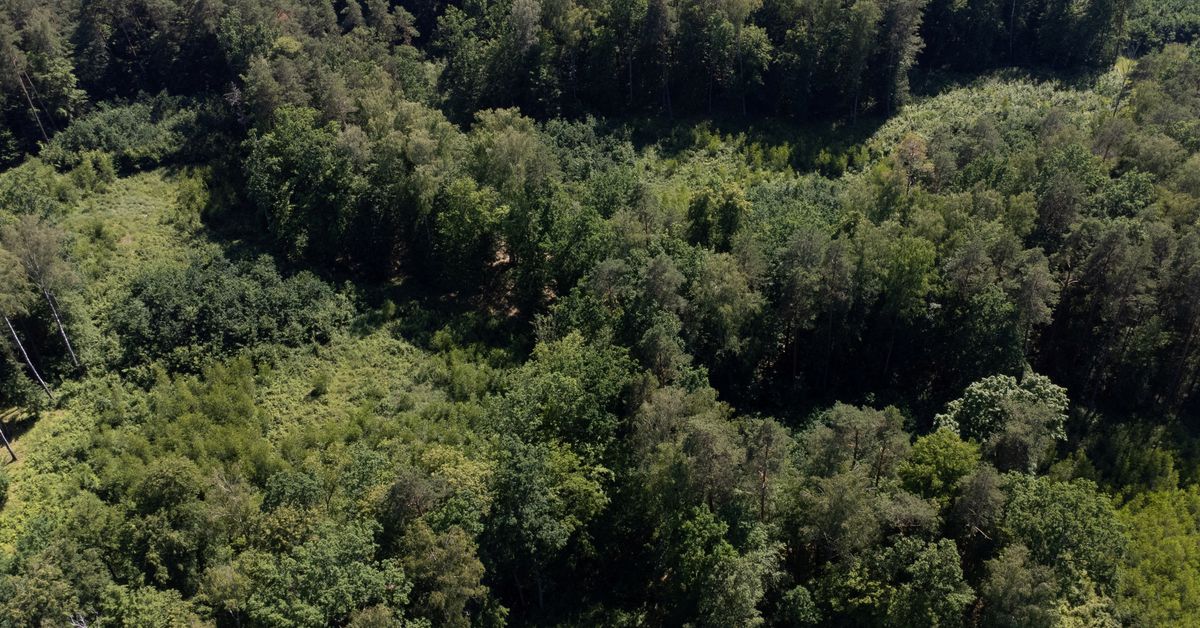 BRUSSELS, Nov 11 (Reuters) – The European Union has passed a law to expand its forests, marshes and other “sinks” that absorb carbon dioxide (CO2), a move that could help the bloc raise its reduction target net greenhouse gas emissions.

On Friday morning, negotiators from the European Parliament and the European Council, which represents EU governments, agreed to a deal on legislation called the Land Use, Land Use Change and Forestry Regulation (LULUCF).

The law sets a goal of eliminating 310 million tonnes of CO2 equivalent by 2030 through the use of soil, trees, plants, biomass and wood.

Binding targets are to be set for all 27 EU members, aiming to gradually increase removals and reduce emissions in order to reach the EU-wide target.

Currently, EU countries must ensure that they offset emissions from land use and forestry with at least an equivalent amount of carbon absorption. Under the new law, from 2026 CO2 removals must exceed emissions.

The law could see the EU increase its target for reducing net greenhouse gas emissions to almost 57% by 2030 compared to 1990 levels, from 55% currently, while putting it on the right track. path to achieving climate neutrality by 2050.

The deal is the latest of three the European Union had hoped to reach in time for a UN climate summit that started in Egypt on Sunday.

The bloc struck a deal last month on a law effectively banning the sale of new petrol and diesel cars from 2035 and on Tuesday agreed to a law setting national carbon emission reduction targets.

Increased carbon sequestration can take the form of recreating old forests or generating new ones, rewetting peatlands, or changing agricultural practices such as reducing tillage or planting crops to longer roots to trap more carbon in the soil.

EU governments had sought to make the system more flexible, but faced opposition from EU lawmakers who said the bloc had already lost around a quarter of its carbon sink in the past 20 years and that the law required guarantees on both carbon sink objectives and biodiversity.

‘Not the Brexit I wanted’: next boss calls for more foreign workers in UK | Supply chain crisis