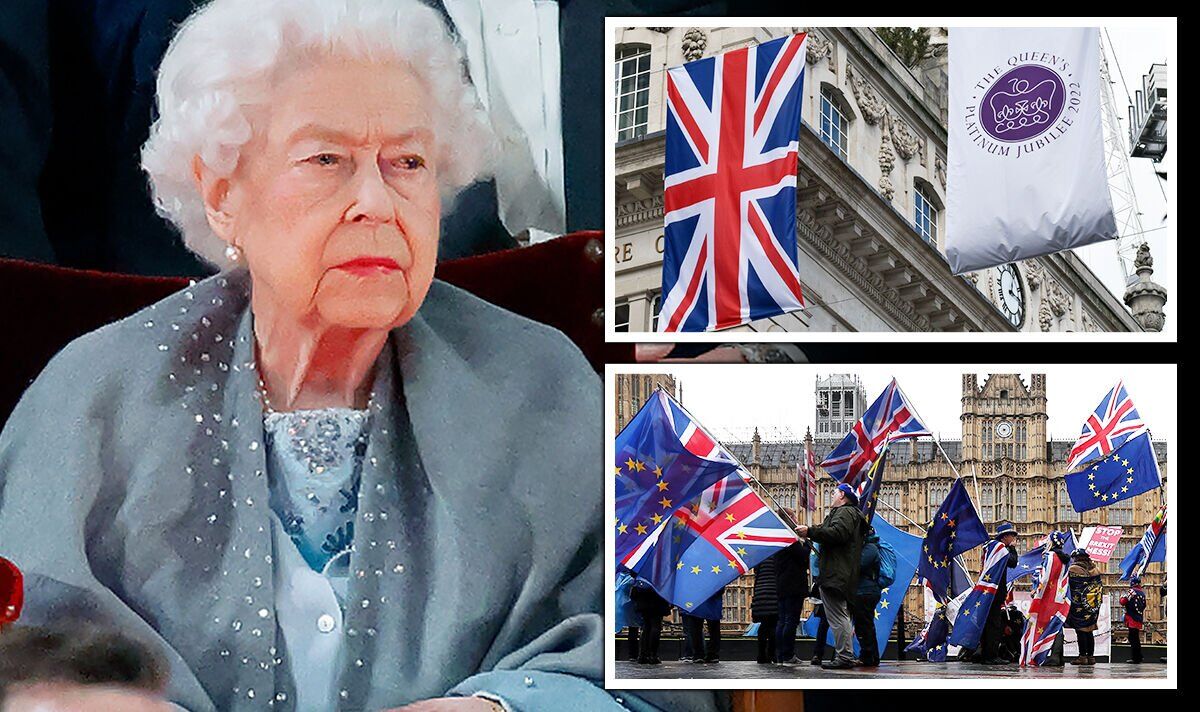 Millions of people across the UK are preparing to gather to celebrate this historic event next week, with Union flags displayed in several cities as a sign of passion and patriotism. But the Platinum Jubilee celebrations have been hit with attacks from critics over what the iconic British flag represents. Some commentators took to social media and claimed the decision to decorate Regent Street with Union flags reminded them of the “fascist” display of nationalism in Nazi Germany.

A pro-European Union supporter and political activist has claimed that the Union Jack ‘represents blatant fascism and people get all the flags on Regent Street wrong’.

But Nile Gardiner, an avid Brexiteer who is a foreign policy pundit and former aide to Margaret Thatcher, has launched his own blistering attack on those critics.

He claimed it was a perfect example of the ‘disgusting mindset of the left’ – a group that ‘hate’ Britain and Brexit who associate the Union Jack with leaving the EU UK.

In a furious outburst, Mr Gardiner told Express.co.uk: “The vast majority of Britons are hugely proud of their country and rightly so.

“The British people have done so much for the world, and the world is a much better place thanks to Britain’s huge role over hundreds of years.

“But these attacks on the Union Jack are the disgusting mindset of the left – they hate Britain, they hate Brexit and they also associate the flag with the UK leaving the European Union.

“They would much rather have the EU flag flying over London than the British flag.

“In fact, they revere the EU and admire Emmanuel Macron and European leaders who constantly attack the UK.”

“The Union Jack should fly proudly not just all over London, but all over the UK.

“Some on the left will take every opportunity to try to attack their own country to tear down Britain.

“This self-loathing approach is very common on the left.

Earlier this week, Mr Gardiner took to Twitter to put an end to the ‘blatant fascism’ mockery of the Union flag by a prominent Remainer and political activist.

Femi Oluwole has launched a furious attack on Union flags on Regent Street, saying that while there is nothing wrong with the flag decorations it represents ‘blatant fascism’.

He posted screenshots of headlines from several reports, including Sky News, which read: ‘Government-commissioned race report is an attempt to normalize ‘white supremacy’, say human rights experts the UN man”.

The political activist wrote: “People get all the flags on Regent Street wrong.

“There is nothing wrong with flag decorations, even if they are ‘excessive’. The problem is what the flag represents.

“Right now it represents blatant fascism. It’s our job to fix it.”

But a furious Mr Gardiner hit back: “Shameful comments.

“A stupid insult to the Union Jack and all it represents for a truly great nation that has given so much to the world.”

Elon Musk tops the list of highest paid CEOs. Here are the 5 best CEOs in the world by salary