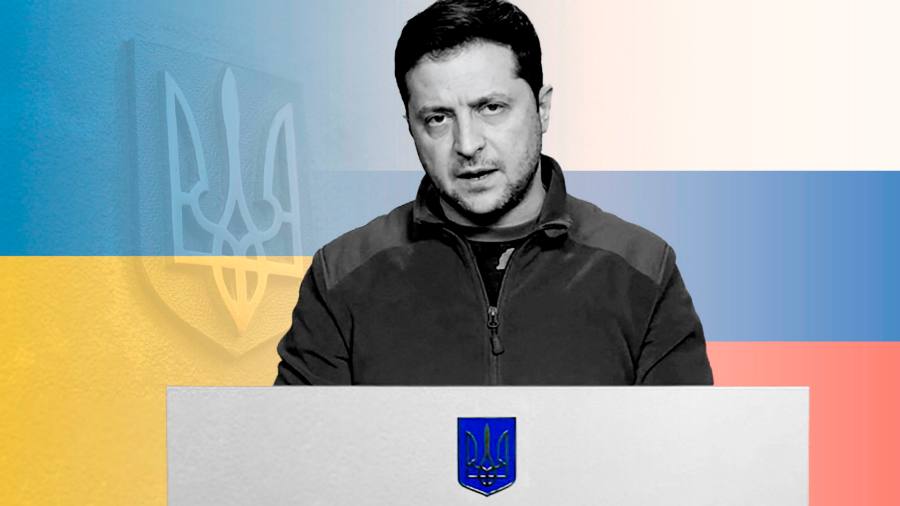 Ukraine’s president has criticized the UN’s atomic watchdog for failing to call for the “demilitarization” of the Russian-occupied Zaporizhzhia nuclear power plant, where its inspectors arrived on Thursday.

“Unfortunately, we have not yet heard from the International Atomic Energy Agency the main thing – the call for Russia regarding the demilitarization of the plant. And how can you do without it? “says Volodymyr Zelensky.

Speaking to the Ambrosetti Forum in Italy via video link, Zelenskyy expressed “the hope that the mission will respect what the parties have agreed to and what is in the interest of the whole international community”.

“It is impossible to leave the army of the terrorist state at the nuclear power plant,” Zelenskyy added.

Ukraine and its Western supporters have repeatedly called on Russia to demilitarize the plant and return control to Kyiv.

Ukraine and Russia have accused each other of carrying out artillery strikes and other provocations at the plant.

After touring the factory on Thursday and leaving behind a handful of inspectors for a “continuous” presence, IAEA Director General Rafael Grossi confirmed evidence of military strikes.

“The factory and the physical integrity of the factory have been repeatedly violated. . . This is something that cannot continue to happen,” Grossi added.

Zelenskyy also said the IAEA mission “did not exert enough pressure” on Russia to allow independent media to enter the occupied region where the plant is located.

“Without the admission of independent journalists, Russian propagandists would dominate the place,” Zelenskyy added.