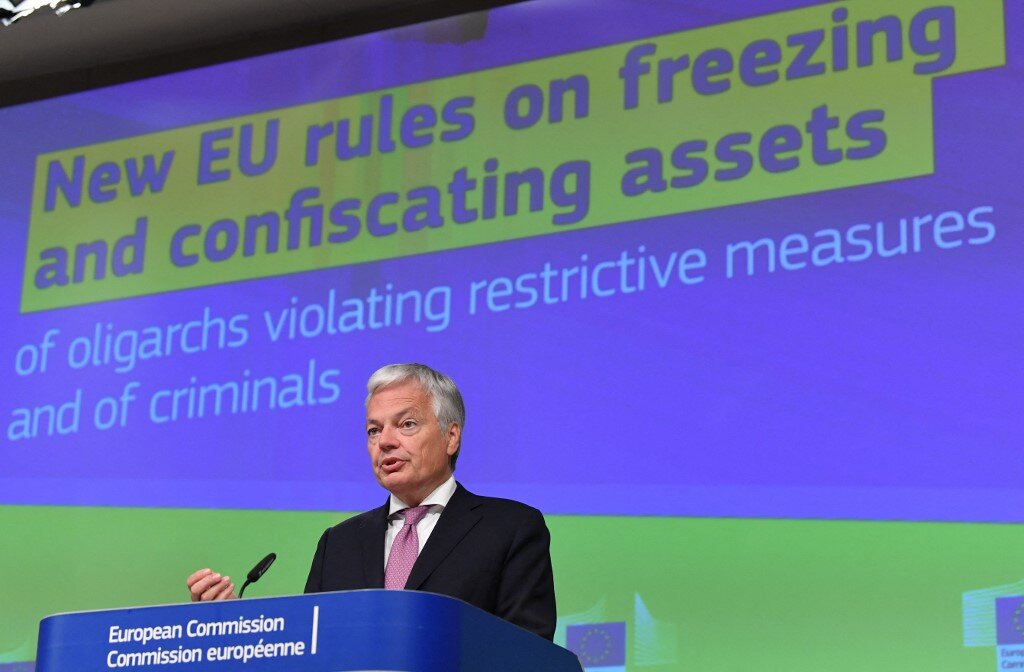 “At the moment we have frozen – coming from the oligarchs and other entities – 13.8 billion euros ($13.8 billion), so that’s pretty huge,” Reynders told reporters in Prague.

“But I have to say that a very large part of that is over 12 billion…from five member states,” he added ahead of an informal meeting of EU justice ministers hosted by the Czech Presidency of the EU.

He declined to name the five countries, but added that he expected the other countries in the 27-member bloc to step up their efforts soon.

In late June, an international sanctions task force said its members, including several EU countries, had blocked $30 billion in assets belonging to Russian oligarchs and officials.

Russia’s Task Force on Elites, Proxies and Oligarchs (REPO) said its members, which also include the United States, Canada, Britain, Japan and other allies, had immobilized 300 billions of dollars belonging to the Russian central bank.

The EU has so far adopted six sets of sanctions against Russia, including a ban on most Russian oil imports approved in early June.

A total of 98 companies and 1,158 individuals, including Russian President Vladimir Putin and Foreign Minister Sergei Lavrov, have had their assets frozen and banned from entering the EU.

Found a spelling mistake? Let us know – highlight it and press Ctrl+Enter.