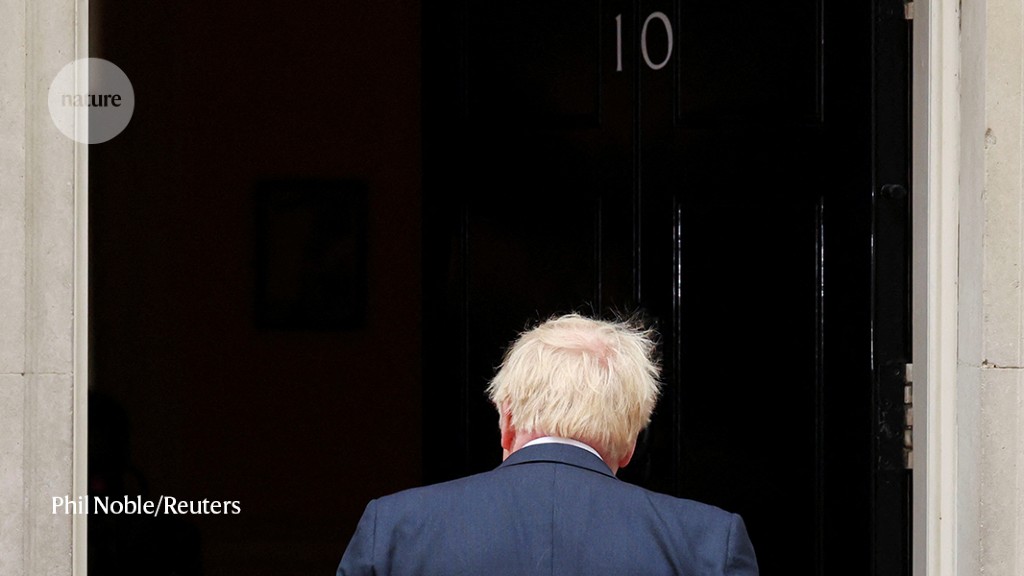 Boris Johnson’s forced resignation on July 7 was arguably the most chaotic in British political history. It came after more than 50 of its ministers resigned within 48 hours. When Johnson will actually leave 10 Downing Street is still unclear; he is currently in a ‘custodial’ role and could remain in office for a few months. But change at the top offers glimmers of hope for researchers, provided Johnson’s successor acknowledges the damaging effects of current policies and acts quickly to mitigate them.

The government must end its damaging and reckless fights with the scholarly community. It must stop undermining the autonomy of universities. Political barriers to UK access to EU research funding must be quickly removed. And a sea change is needed in the UK’s overall relationship with its European partners.

Pausing on one bill (the Northern Ireland Protocol Bill) must be an urgent priority. The law, if passed into law, would nullify key obligations the UK government agreed to as part of its exit deal with the EU. The British Parliament is due to discuss the bill this week. In response to the possibility of this law being passed, the EU has taken legal action and is preventing UK-based researchers from continuing to participate in its €100 billion Horizon Europe funding scheme (101.8 billion US dollars), the largest in the world. scheme. If passage of the law can be put on hold and UK officials resume negotiations with their EU counterparts, UK researchers could still hope to join Horizon Europe by becoming an “associate” nation. Unless this happens, UK-based researchers are unlikely to participate in Horizon Europe on the terms originally agreed.

The UK government had previously promised to provide researchers with bridge funding in the event of a delay in the re-entry of Horizon Europe. It has also worked on a fully-fledged ‘Plan B’ funding mechanism to support international collaborations with UK researchers in case association with the EU proves impossible. The specific terms of the plan are still being worked out. The architect of those talks, science minister George Freeman, was among dozens of ministers to leave Johnson’s government.

The new science minister must work urgently and constructively with the UK Treasury to speed up this work and ensure that Plan B funding is protected, otherwise it risks being spent on other priorities. Later, Johnson’s successor is expected to consider merging the roles of science minister and universities minister. Until recently, a minister was responsible for both areas, but at the start of 2020 the work was divided without advantageous reason. This has resulted in very mixed messages from the government.

As Freeman sought to engage with researchers to try to resolve their concerns, his colleague Michelle Donelan, minister for universities until last week, sometimes took a different approach. On June 27, Donelan wrote to universities saying that institutions should not have to comply with independent equality and diversity compliance measures, and specifically cited the Charter for Racial Equality as an example.

Previously, the government also downgraded the Athena SWAN Charter, a set of policies and actions to promote gender equality in universities. The government has claimed that such programs undermine academic freedom, but has not provided credible evidence to support this view. The government must quickly and publicly rescind Donelan’s letter. As Nature recently asserted, good science requires a conscious effort to protect people from harm – and that should include protecting those involved in research.

Last week, Johnson’s new education minister, James Cleverly (who is the fourth minister the Department of Education has had in three years), promised that the caretaker administration would do nothing to “bind the hands” of his successors. This potentially paves the way for building more constructive partnerships. But, given the Johnson government’s elastic relationship with the truth, such words cannot be taken on trust. This, more than anything, is why Johnson and his caretaker administration need to get out quickly.

Johnson’s three years in government have been characterized by a shocking and persistent disregard for rules, truth and expert evidence – all of which have resulted in extreme positions on a number of policy issues. A reset is urgently needed in the UK’s relationship with the EU and in the government’s relationship with universities. The installation of a new group of people offers the best chance for everyone to emerge from the nightmare of the past three years.