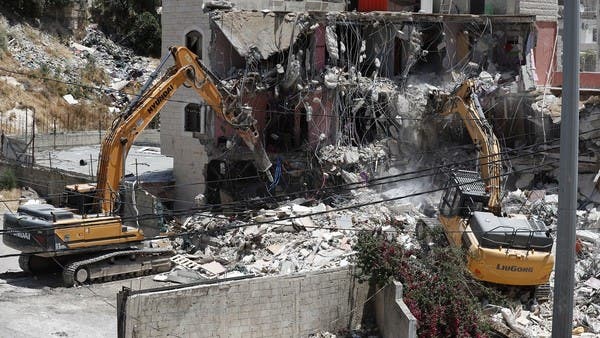 The European Union on Tuesday condemned an Israeli court decision approving the expulsion of more than 1,000 Palestinians to make way for a military training area.

“Israel’s Supreme Court issued a ruling last week (May 4) on the deportation case of Masafer Yatta in the southern Hebron Hills in the occupied West Bank, raising the risk of forcible transfer of some 1,200 Palestinians and demolition of their homes,” a spokesman for the bloc said in a statement.

The communiqué specifies that “the creation of a firing zone cannot be considered as an ‘imperative military reason’ to transfer the population under occupation”.

The case of Masafer Yatta – or Firing Zone 918 – an agricultural area near Hebron in the occupied West Bank, has been one of Israel’s longest-running legal battles.

The residents of eight villages had been in court for about 20 years to fight the Israeli government’s efforts to evict them.

In the early 1980s, the military declared the 3,000 hectare (30 square kilometer) territory a restricted military zone and claimed it was uninhabited.

The approximately 1,000 Palestinians who live there said it was their people’s home long before Israeli soldiers set foot in the West Bank, which Israel has occupied since 1967.

It captured territory from Jordan during the Six-Day War, and the West Bank is now home to more than 475,000 settlers – Jewish Israelis living in communities widely considered illegal under international law.

Palestinians threatened with deportation by Israel vow to stay on earth

Emmanuel Macron has a cynical plan to which, writes JONATHAN MILLER, there is only one answer