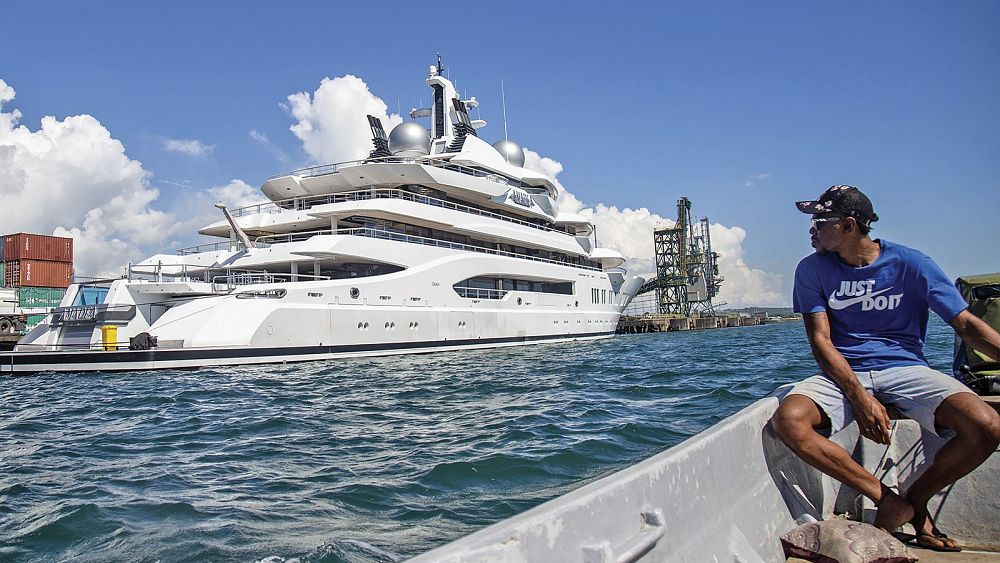 Here are some ways the United States could further increase sanctions against Russia.

The European Union executive on May 4 proposed the toughest set of sanctions yet against Moscow over its war in Ukraine, including a proposed Russian oil embargo.

Diplomats said the talks were complex, but many said they were confident the 27 EU governments could agree before next week.

Edward Fishman, who worked on sanctions against Russia at the State Department during President Barack Obama’s administration, said that now that the EU is moving towards an oil embargo, it opens up possibilities for what Washington and his allies can do next.

“I think the next step will be for the United States to work with the EU and the rest of the G7 to globalize this campaign against Russian oil sales,” Fishman said.

Some measures the West could impose to prevent Russia from receiving payments for oil could include requiring all payments for Russian oil to be deposited in escrow accounts outside of Russia and setting a cap on what can be paid for Russian oil, backed by the threat of secondary sanctions, Fishman said.

Another option would be for the EU to impose import taxes on Russian oil, Fishman said.

Brian O’Toole, a former Treasury Department official now a member of the Atlantic Council think tank, said the United States could also ban the provision of insurance for Russian oil shipments and threaten secondary sanctions against any foreign person who would carry out a major transaction with a Russian shipment. ship.

He said such a move would “significantly complicate Russia’s ability to ship oil elsewhere.”

The United States could also further toughen energy-related sanctions by adding major companies such as oil giant Rosneft or gas producer Gazprom to the list of specially designated nationals (SDN).

The United States has imposed sanctions on major Russian banks, including Sberbank, the country’s largest lender.

Washington could further target Gazprombank and others, O’Toole said, by using Washington’s strongest sanction tool and adding them to the SDN list.

Such a move would effectively kick them out of the US banking system, ban their trade with Americans, and freeze their US assets.

“Apart from Gazprombank, there is nothing left of strategic importance in the banking world in Russia. So frankly, if they did Gazprombank separately, I think the next step would be just a complete financial embargo,” O’Toole said.

A full financial embargo on Russia would likely be implemented through the issuance of a new executive order prohibiting Americans from exporting to or importing from Russia any goods, services or technology, O’Toole said.

“So Russia becomes Iran,” he said.

The United States could also apply secondary sanctions against designated Russian entities and individuals, which would threaten anyone around the world doing business with Russia, Fishman said.

The United States and its allies could further tighten these restrictions and block more or all Russian banks from accessing SWIFT.

The latest round of EU sanctions proposes cutting Sberbank from SWIFT.

The United States could impose sanctions on Russian oligarchs who have not yet been targeted, perhaps aligning its measures with those of the EU and the United Kingdom, which have targeted several Russian oligarchs not yet named by Washington. .

Among them are billionaire Roman Abramovich and tycoon Mikhail Fridman.

In his State of the Union address in March, Biden said the United States would work to seize the yachts, luxury apartments and private jets of wealthy Russians linked to Putin.