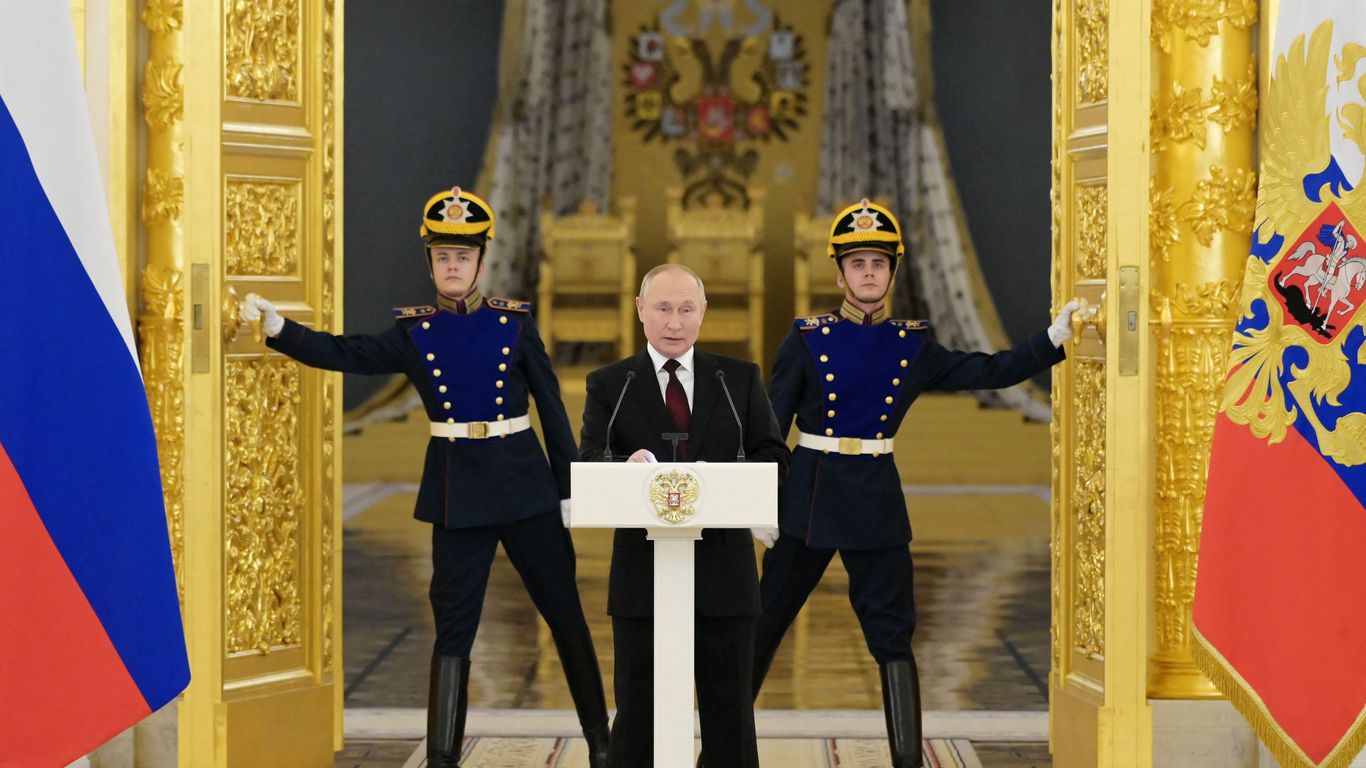 President Biden will seek to convince Russian Vladimir Putin in a phone call on Tuesday that the price for invading Ukraine will be higher than anything he has experienced in the past.

Inventory: The United States is coordinating sanctions with its European allies that will be triggered if Putin proceeds.

Yes, but: The United States does not intend to use military force to defend Ukraine, and Putin is “not at all afraid of sanctions,” said Tatiana Stanovaya, founder of political analysis firm R .Politik based in Moscow.

The big picture: Russia has deployed some 94,000 troops at various points near the border and “is stepping up planning for major military action against Ukraine,” the senior official told reporters ahead of the Biden-Putin conversation.

Go back: This is the second time that an impending crisis has sparked a high-profile tÃªte-Ã -tÃªte with Putin – the first being the Geneva summit in June. The administration had hoped to keep Russia on the back burner, avoid escalation, and focus on China.

The other side: Putin defined his own red lines ahead of the call, including NATO’s potential deployment of offensive missile systems on Ukrainian territory.

Reality check: It seems unlikely that NATO will invite Ukraine to join it anytime soon or guarantee that it never will.

Will the new German coalition lead Europe towards a federal union with room for common debts?