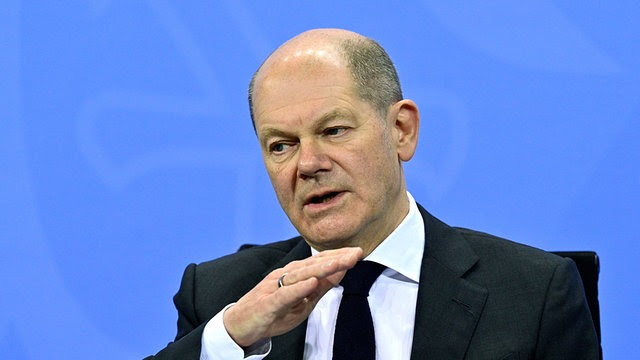 Will the new German coalition lead Europe towards a federal union with room for common debts?

How far the new coalition of Social Democrats, Liberals and Greens will set the tone in the EU remains to be seen. The coalition agreement contains controversial provisions: the EU must become a federal state in accordance with the principles of subsidiarity and proportionality; a constitutional convention must prepare amendments to the EU treaty on the basis of an ongoing debate on the future of Europe, and the unanimity rule in the EU’s common foreign and security policy must be abandoned.

These announcements will trigger strong resistance from the new Eastern European members of the EU, almost all of whom categorically reject the idea of â€‹â€‹giving more power to the bureaucratic institutions of the European Union. Further federalization of the EU will depend to a greater extent on the outcome of the 2022 presidential elections in France.

In France and most of southern Europe, the new government in Berlin is expected to further relax the EU’s strict Stability and Growth Pact, which has been suspended due to the Corona pandemic. For the new German Chancellor Olaf Scholz, common debts are a condition for the creation of what is called the â€œUnited States of Europeâ€. The leader of the Free Democratic Party (FDP) and new finance minister Christian Lindner has always spoken out strongly against a federalized Europe, but as the new finance minister he is already more than willing to compromise on the question. Germany, according to Lindner, must ensure stability.

â€œWe have a responsibility to ensure that this monetary zone (the euro zone) remains united; that there is investment in other countries and that there is political stability, â€Lindner said.

According to Lindner, Germany cannot behave like one of the â€œ5 frugalâ€ European nations – Denmark, Finland, the Netherlands, Austria and Sweden – which categorically reject a common European debt and any change in euro debt rules.

France and Italy are pushing for â‚¬An $ 807 billion Corona aid pot to be turned into a permanent EU investment budget – funded by debt that is ultimately paid by future taxpayers, especially Germans. The coalition agreement avoids making commitments on these issues. This is not surprising, since the electoral programs of the FDP on the one hand, the Social Democratic Party (SDP) and the Greens on the other, represent opposing positions.

The Liberals have warned of a debt union and a relaxation of the Stability Pact. The Greens and the SPD, however, underlined the need for more public investment. They advocate changes to the pact and a permanent EU investment pot.

In the coalition agreement, a compromise was found which reconciles the two positions: “The Stability and Growth Pact has proved its flexibility … On this basis, we want to ensure growth, maintain debt sustainability and provide for sustainable and climate-friendly investments. The further development of fiscal policy rules should be guided by these objectives in order to enhance their effectiveness in the face of the challenges of the time. “

“This is a classic compromise which leaves the door wide open to a relaxation of the Stability and Growth Pact”, complains Markus Ferber of the Christian Social Union in Bavaria (CSU). Ferber also represents the Christian Democrat PPE group in the European Parliament’s Committee on Economic and Monetary Affairs.

Austrian economist Gabriel Felbermayr, director of the Institute for Economic Research, believes that the omission of proposals in the government’s euro area reform program could prevent another euro debt crisis as interest rates rise. continue to increase.

â€œThis is a problem, because the coalition’s agenda could force monetary policy to act. If the promised investment boom collides with the realities of an aging society and widespread shortages, then there is a risk of overheating with inflationary trends across Europe.

The course of the new German government on the rule of law vis-Ã -vis Poland and Hungary is important for the near future of the EU. European Commission President Ursula von der Leyen has frozen billions in aid to the two countries thanks to the Corona reconstruction fund and placed conditions on them if they are to be reinstated. She also sent a letter to Warsaw and Budapest as part of a first salvo that could lead to the freezing of regular budget funds.

The parties of the German coalition, however, suspect that it could make a rotten compromise. This is why another sentence of the coalition agreement is of paramount importance for its implementation: â€œIf the preconditions, such as an independent judiciary, are metâ€. In fact, states have the last word before the money can flow.

The first counter-attacks have already come from Polish Minister of Justice Zbigniew Ziobro, leader of the small “United Poland” party, who accused the German government of wanting to “become the disciplinary” of the EU, which Poland does not. will never accept.

German satirist Martin Sonneborn, Member of the European Parliament since 2014, doesn’t think Scholz is straying too far from his predecessor’s approach, saying: â€œI expect the interests of the German economy to keep moving. ahead of the interests of the 26 other EU members.