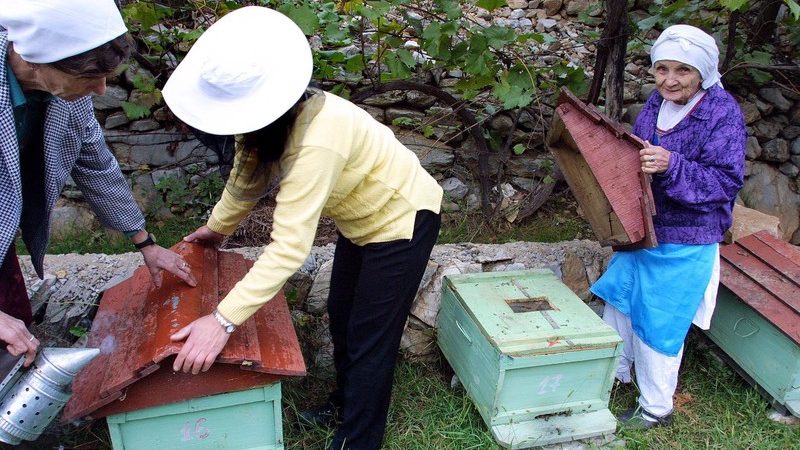 Albania’s beekeeping sector will be regulated as the government has put forward the final draft of a new law that would impact those with only one hive in an effort to align with the EU acquis. But not all beekeepers are aware of the news.

Currently, beekeeping is not regulated by law and beekeepers are free to keep as many hives as they wish. The Ministry of Agriculture, however, drafted the law with the aim of increasing protection for bees as their existence is increasingly threatened, not only in Albania but around the world.

“The purpose of the bill is to recognize beekeeping as an activity of vital national interest, useful for the preservation of the natural environment, the ecosystem and agriculture in general, which aims to guarantee national pollination and the biodiversity of bee species, with special reference to the protection of the bee race apis mellifera carnica and typical native bee populations,” the ministry states.

In particular, it will determine the rules for the production, registration, transport, reproduction, labelling, processing and storage of bee-derived products, in particular honey, royal jelly and propolis.

Any person or company operating even a single hive must register it with the authorities before April 30 each year. In addition, it specifies the location of the hives, more than 10 meters from the road and 5 meters from the limits of public or private properties.

Hives can be fixed or mobile, but any beekeeper wishing to move hives must notify the authorities six days before the planned date. Beekeepers will be required to present a veterinary certificate attesting that the bees are in good health and confirming the necessary medical measures taken before the move.

The authorities will then decide whether the migration from the beekeeping park can take place or not.

In addition, all beekeepers must have basic knowledge in the sector and must take all appropriate measures provided by law to protect both bees and consumers.

Other articles of the proposed law include what could happen if beekeepers flout the law or fail to report their activity to the government, among other offences. Additionally, it provides instructions on how to store and label honey products.

Finally, the government has made several provisions to support the growth of the sector. Albania is known locally for having excellent honey due to favorable conditions, climate and flora.

The government is committed to promoting and protecting the development of Albanian products, creating research programs, encouraging young people to take up beekeeping and supporting beekeepers in rural areas.

A local beekeeper told Exit he greeted the news with caution.

“It’s good to have some regulation in the industry, especially if we want to sell products to a wider market. I’m just concerned for those who may struggle to meet the financial requirements of compliance,” he explained.

But another, with its hives near the Greek border, said the government had tried to simplify a not-so-simple issue.

“We will have to increase the price and reduce the quantity because we will need more sales to cover the costs. For me, it’s better to stay informal and keep customers happy and have a higher quality product until there’s a stronger financial foundation in place,” he said.

He added that government support would be essential to bring small producers to rural villages, in line with ambitious plans.

“These elderly beekeepers selling roadside honey in plastic bottles could be left without their only source of income. They can’t afford to invest and take risks – we are in a difficult crisis,” he said.

In 2020, Albania had its best honey harvest year ever. Beekeepers in the Morava region of the country told the media that they had never seen a season like this in the past 50 years.

The Morava region produces tens of tons of honey each year, with varieties such as white clover, chestnut, wild thyme and rapeseed.

While several companies produce honey on an industrial scale for home consumption, the vast majority is produced informally. Honey is purchased from family members, friends of friends, and street and roadside vendors. It usually comes in repurposed glass jars or plastic bottles that once held Pepsi or water.

This mentality will be difficult to change, and government support and investment will be crucial for producers.

The authorities also said that the drafting of the law had been in line with European Union law. While the law is expected to pass in the coming weeks, further regulations will need to be introduced and there will be a two-year grace period before full implementation.