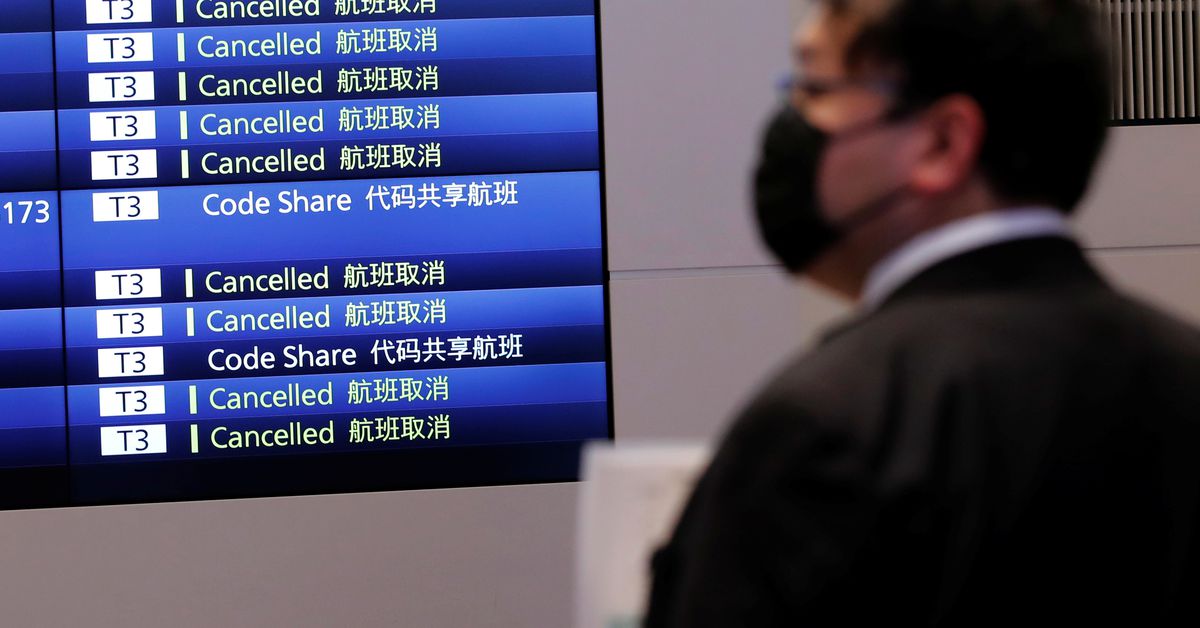 TOKYO / GENEVA, Nov. 29 (Reuters) – The Omicron variant of the coronavirus carries a “very high” global risk of outbreaks, WHO warned on Monday, as more countries reported cases, causing borders to be closed and reviving concerns about an economic recovery from a two-year pandemic.

Scientists said it could take weeks to understand the severity of the Omicron, which was first identified in southern Africa. Its emergence has sparked a strong global response, with countries imposing travel restrictions and other restrictions, fearing that it could spread rapidly even among vaccinated populations.

Frightened investors wiped around $ 2 trillion from the value of global stocks on Friday, but financial markets were calmer on Monday, even after Japan, the world’s third-largest economy, said it would close its borders to foreigners.

“The overall overall risk associated with the new omicron worrying variant is assessed as very high,” the World Health Organization has advised its 194 member countries, warning of “serious consequences” in some regions. Read more

He said no deaths related to the Omicron variant have been reported so far.

A leading South African infectious disease expert said Omicron appears to be more transmissible than previous variants, including to people immune to vaccination or a previous infection. South African cases are expected to exceed 10,000 per day this week, up from 2,858 on Sunday and just 300 per day two weeks ago, said Professor Salim Abdool Karim.

But he added that it was too early to say if the symptoms were more severe and said existing COVID-19 vaccines are likely effective in preventing Omicron from causing serious illness.

On Sunday, a South African doctor who was one of the first to suspect a new strain said Omicron so far appeared to be producing mild symptoms. Read more

Portugal found 13 cases of variant in a football club in Lisbon. Scotland and Austria also reported their first cases of Omicron on Monday. Read more

A number of countries have imposed travel restrictions, including Japan, which has called its action precautionary. Read more

“These are temporary and exceptional measures that we are taking for security reasons, until there is clearer information about the Omicron variant,” Prime Minister Fumio Kishida said.

Israel, where a ban on foreign arrivals went into effect Monday morning from midnight, said it would use anti-terrorism phone tracking technology to combat the new variant. Read more

Australia has said it will review plans to reopen borders to skilled migrants and students from December 1, after reporting its first Omicron cases, although Prime Minister Scott Morrison has said he is “a little too early “to re-establish the two-week hotel quarantine for foreign travelers.

A man stands in front of a monitor displaying flight schedules in an arrival hall at Haneda Airport International Terminal, amid the coronavirus disease (COVID-19) outbreak in Tokyo, Japan, on November 29, 2021. REUTERS / Kim Kyung-Hoon

India ordered COVID-19 tests at airports for all arrivals from “at risk” countries from Wednesday. Read more

US President Joe Biden will provide further details on the variant and the US response on Monday, the White House said. Read more

Travel agents in Asia have said some travelers are starting to consider canceling or delaying their trips, threatening the already fragile recovery of the global tourism industry. Read more

South Africa has denounced travel restrictions from the region as unfair and potentially damaging to the economy, saying it was being punished for its scientific ability to identify variants early.

â€œOmicron has an unprecedented number of cutting edge mutations,â€ he said, adding, â€œCases and infections of COVID-19 are expected in those vaccinated, albeit in a low and predictable proportion. “

Scientists say Omicron has about double the number of spike protein mutations than the Delta variant that currently dominates.

The Philippines launched an ambitious campaign on Monday to vaccinate nine million people against COVID-19 in three days, deploying security forces and thousands of volunteers in a program made urgent by the emergence of the Omicron variant. Read more

Britain, which has said it will call an urgent meeting of G7 health ministers on Monday, will later unveil new guidance on extending the rollout of COVID-19 booster injections to those under 40 and possible reduction of the gap between the second doses and reminders.

Oil prices and European stock markets were up on Monday, partially recovering from Friday’s massive selling. Markets expected governments and central banks around the world to start withdrawing some of the tens of billions of dollars meant to keep businesses and households afloat during the pandemic. Another wave of coronavirus could mean more support.

The head of the European Central Bank, Christine Lagarde, sought to reassure investors that the euro area could face a new wave of pandemic. Read more

“There is an obvious concern about the economic recovery in 2022, but I think we have learned a lot,” she told Italian TV channel RAI on Sunday evening. “We now know our enemy and what to do next. We are all better equipped to respond to a risk of the fifth wave or the Omicron variant.”

With France also aiming to speed up its vaccination campaign, President Emmanuel Macron tweeted that he had received a booster.

More than 261.17 million people in more than 210 countries have reportedly been infected with the novel coronavirus since the first cases were identified in China in December 2019 and 5,456,515 have died, according to a Reuters tally.

Germany finally has a government ready to lead Europe – POLITICO