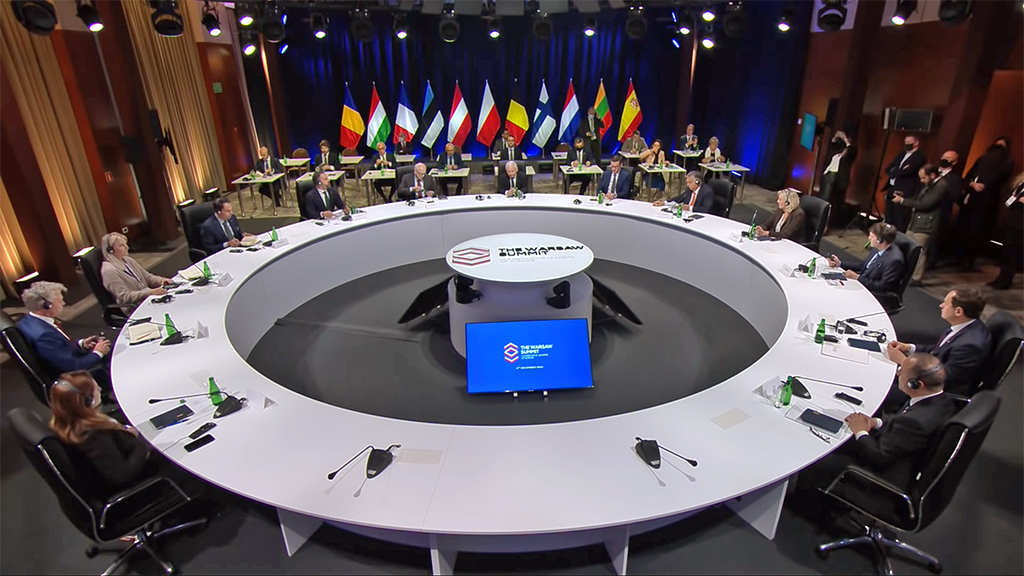 Europe’s far right on the way to a “supergroup”

In early September, Vox President Santiago Abascal announced on his Twitter account that Spain was the country of choice for the next summit of “Patriotic and Conservative European Leaders” to be held in January. Poland was the host country for the last meeting.

On December 4, the President of Law and Justice (PiS), JarosÅ‚aw KaczyÅ„ski, the Prime Minister of Poland, Mateusz Morawiecki, the President of Fidesz and Prime Minister of Hungary, Viktor OrbÃ¡n, the President of Fidesz and the Prime Minister of Hungary, met at the Regent Hotel in Warsaw, Viktor OrbÃ¡n, the President of the National Rally (RN), Marine Le Pen, the President of the Estonian Conservative People’s Party (EKRE), Martin Helme, the President of Flemish Interest (Vlaams Belang) , Tom Van Grieken and Abascal himself. Other notable formations of the European far right were not, however, present, such as Matteo Salvini’s League, Alternative for Germany (AfD) or the Austrian Freedom Party (FPÃ–). The summit produced a very short one-page statement denouncing the “disturbing idea” of a Europe “ruled by a self-proclaimed elite”. The document highlighted how this elite pursues an â€œarbitrary application of European lawâ€ and a continent-wide â€œsocial engineeringâ€ program aimed at â€œseparating human beings from their culture and heritageâ€. But if this summit has caught the attention of political analysts, it is the first official between the political representatives of the two right-wing groups of the European People’s Party (EPP) in the European Parliament – the European Conservatives and Reformists (ECR) and IdentitÃ© . and Democracy (ID) – and a third, the Hungarian Fidesz, unaffiliated since leaving the EPP in March.

Although clearly located in different positions on the far right of the political spectrum, these parties maintain political differences between themselves and in some countries, they are even in electoral competition, as is the case in Belgium – the New Flemish Alliance (N-VA) belongs to ECR, while the Vlaams Belang is part of the ID – or Italy – the Salvini League is one of the most important parties of the ID, while the Brothers of Italy (FI) are part of the ECR -, which justified the existence of two distinct groups in the European Parliament.

This reality could make history very soon, even this month, if some or all of these parties decide to form a single group that brings them together despite their differences. In the Warsaw declaration of December, the signatory parties have already committed themselves to “closer cooperation of their parties in the European Parliament, including the organization of joint meetings and the coordination of votes”. Le Pen said he was convinced that this unprecedented goal would be achieved. “We can be optimistic about the creation of this political force in the coming months,” she said. “We have been working for months to create a strong party family, I hope we can take a step in that direction,” OrbÃ¡n told reporters shortly before the meeting. As MEP Miguel UrbÃ¡n (Anticapitalistas, LeftEU) commented a few days ago in a brief Twitter thread, the figure of OrbÃ¡n would be the key to the formation of this “supergroup”, as he would help build bridges between the formations thanks to his personal relations with the PiS, the ruling party in Poland, and Matteo Salvini, but also because of the international projection and the prestige of the Hungarian Prime Minister among the social base of the ECR and ID parties.

The idea is far from new: in 2019, Salvini tried this possibility before the European elections that year and even went to Warsaw to try to convince the PiS, but the idea did not fail. prosperous. Three years later, however, the European context advises them to take this step forward: “It’s now or never” …, to foreign policy (especially relations with Russia and, to a lesser extent, China) – and practical – the consolidation of ECR â€‹â€‹in the face of the internal instability which characterized ID in the past. What changed?

On the one hand, many of these parties are somewhat at a plateau in the polls after experiencing significant electoral growth and could now benefit from a political and media boost. One of the people who could benefit from it – and therefore could have a personal interest in the consolidation of this “supergroup” – is Marine Le Pen, who aspires to qualify for the second round of the French presidential election in April, but who has been in the polls for months to lead the right with Reconquista (R!), the party recently founded by journalist Eric Zemmour, which could divide the far-right vote and thus favor other candidates. By sealing such a deal in Spain, Vox could strengthen its aspiration to rule with Pablo Casado’s Partido Popular (PP). At the same time, Abascal could offer the rest of the European parties a channel to project their influence in Latin America, because through the development of his pseudo-theoretical concept of “the Iberosphere” he began to forge closer ties. with the far-right armed forces across the subcontinent, including the President of Brazil, Jair Bolsonaro.

Moreover, both the Fidesz and the PiS, which govern respectively in Hungary and Poland, not only have open conflicts with Brussels – mainly over the reform of their judicial systems, but also over their immigration and immigration policies. asylum and protection of women and sexual minorities. rights – but the new coalition government in Berlin, formed by Social Democrats, (Baerbock toned down her campaign criticisms during her recent visit to Poland, where she spoke of resolving the “differences” between the two countries and spoke supported the Polish government in its dispute with Belarus). In December, OrbÃ¡n accused in an article about Merkel’s departure the new – not yet formed – German government describing it as an executive favorable to “immigration, gender politics and a pro-German federal Europe”. And, defiantly, he wrote: â€œLetâ€™s not stand idly by, letâ€™s prepare for battleâ€.

This double pressure – from the polls and from the German government – could indeed push the far right to think that it is at a crossroads and that the best way to move forward and not stagnate or fall back is to reach a minimum agreement. which would facilitate the creation of a â€œsupergroupâ€ in the European Parliament. In addition, this political platform could now count – in addition to the aforementioned communication channel with Latin America via Vox – on significant ideological and organizational support thanks to the Desiderius Erasmus Foundation (DES), linked to the AfD, which will receive federal funds for the first time. . Despite losing 2 percent and 11 seats in the last election, entering the Bundestag for the second time in a row, the far-right party foundation has the right to access these funds for use at its discretion, at start by recruiting, according to some media, more than 900 employees. DES could open offices in dozens of other countries, modeled on other foundations linked to political parties such as the Konrad Adenauer Foundation of the Christian Democratic Union (CDU), the Friedrich Ebert Foundation of the Social Democratic Party of Germany (SPD), the Heinrich BÃ¶ll Foundation of the Greens, or the Rosa Luxemburg Foundation of the Left. The founding of the AfD could therefore succeed where former Donald Trump adviser Stephen Bannon failed, namely by creating a far-right cross-border think tank based in Europe.

If all parties joined this initiative, this far-right â€œsupergroupâ€ could have the same number of deputies (145) as the Progressive Alliance of Socialists and Democrats (S&D). But even if one of these parties decides, as seems likely, to stay out of the project, or if S&D integrates a party that would allow it to maintain its lead – rumors in Brussels suggest that this could be the case with Mouvement. 5-star Italian (M5S) – the far-right â€œsupergroupâ€ would become the third most represented, ahead of the liberals of Renew (101), the Greens / European Free Alliance (73) and the left in the European Parliament (39), and , as UrbÃ¡n recalled, he would have two seats in the European Council, those of Hungary and Poland, or even three if we count Slovenia, governed by the Slovenian Democratic Party (SDS) of Janez JanÅ¡a, which has been described by various media as a “Slovenian Trump”. â€œThis movement should not be read only in a Euro-parliamentary key, but in the perspective of a broader politico-cultural counterrevolution,â€ UrbÃ¡n wrote, â€œlet’s get readyâ€.

The original article can be found here