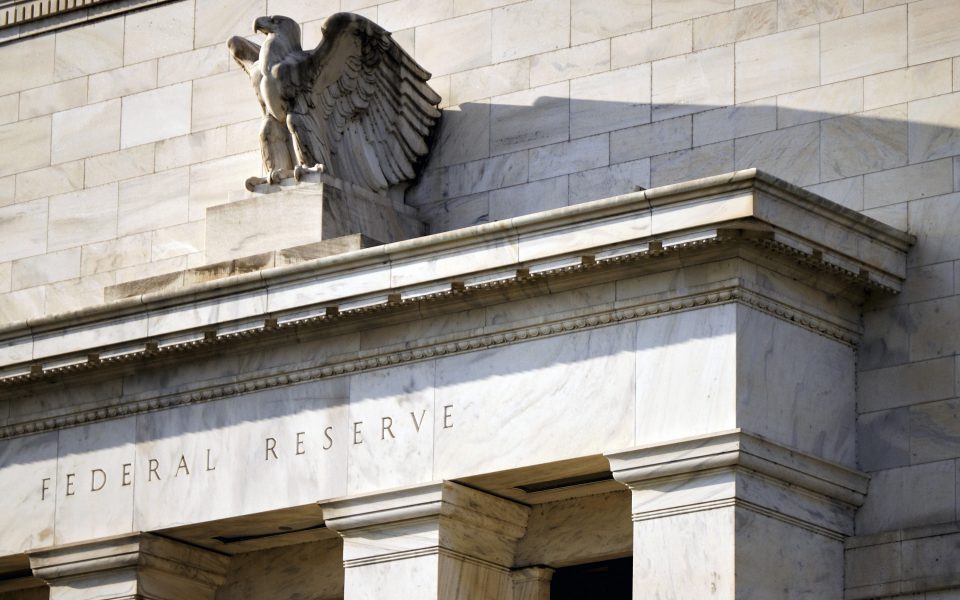 The Federal Reserve Building in Washington on September 17, 2019. Chances are, in retrospect, we will consider the economic handling of the past two years of the coronavirus pandemic a political triumph, despite soaring inflation, writes Paul Krugman. [T.J. Kirkpatrick/The New York Times]

I’ve written about America’s surprising success in limiting the economic damage of COVID-19. Compared to expectations and in relation to our handling of the financial crisis of 2008, we came out of it remarkably well. But other countries have also done well, in some cases and in some respects better. In fact, among the major advanced economies, the star of the pandemic era is arguably… France.

France? For as long as I can remember, American media coverage of the French economy has been relentlessly negative.

In 1997, Roger Cohen of The New York Times described France as “America’s favorite European basket case” (although he had the good grace to poke fun at his own premature pessimism 16 years later). Indeed, in the 1990s, we were told that France was too culturally stagnant to keep pace with modern technology; another article from 1997 was entitled “Why the French hate the Internet”. (France currently has higher broadband penetration than ours.) During the Euro crisis of 2010-13, I constantly read claims that France was next in line to join the afflicted economies. of Southern Europe – “France is in free fall,” an editor told Fortune.

The data never really supported this negativity. What was really going on, I believe, is that business and economic discourse in the United States is heavily shaped by conservative ideology – and given that ideology, France, with its huge social spending, high taxes and its extensive economic regulation, should have been a basket case. Thus, news reports from France seized on every negative development as a sign that the long-awaited catastrophe was finally coming.

But he never showed up. Instead, the French economy simply continued to function. Admittedly, the gross domestic product per inhabitant is lower by about a quarter in France than it is here. But this mainly reflects a combination of early retirement and, above all, shorter working hours – because the French, unlike the Americans, actually take vacations. In other words, a somewhat weaker GDP primarily reflects a choice rather than a problem.

And although the French work less than us, they are more likely than Americans to be employed during their prime working years. This is probably not the story you heard; I have the impression that many Americans still imagine that France suffers from mass unemployment, a vision that had some truth 25 years ago but has long since passed.

And prime-age employment is where France has done surprisingly well during the pandemic. Many economists use the percentage of employed adults aged 25-54 as an indicator of labor market conditions. This ratio plunged in the United States during the worst of the COVID-19 crisis; it has since recovered strongly but remains below pre-pandemic levels, although other indicators suggest a very tight labor market – one of the divergences that make economists talk of a large worker resignation not unwilling or unable to return to the labor market. France, however, not only managed to avoid a huge drop in employment, but also surpassed its pre-pandemic level.

How did he do that? When the pandemic forced economies into a temporary lockdown, Europe, including France, and the United States took divergent paths to support workers’ incomes. We offered improved unemployment benefits; France has offered subsidies to employers to keep furloughed workers on the payroll. At this point, it seems clear that the European solution was better, as it kept workers connected to their employers and made it easier for them to return once vaccines became available.

Oh, and while the French have their anti-vaxxers, they don’t carry as much political clout as their American counterparts, so the country has been more successful in getting shot.

France also has universal childcare, which reopened relatively early in the pandemic, as did schools – freeing up parents, largely mothers, to return to work.

I don’t want to idealize the French economy or French society, both of which have a lot of problems. And liberals who like to imagine that we could neutralize the anger of the white working class by raising wages and strengthening the social safety net should know that France, whose politics are to the left of the wildest dreams of American progressives , has its own ugly white nationalist movement, though not as powerful as ours.

However, at a time when Republicans denounce as destructive “socialism” any effort to make America less unequal, it should be known that the economy of France – which is not socialist but is much closer to socialism than whatever the Democrats might come up with – is doing pretty well.

[This article originally appeared in The New York Times.]