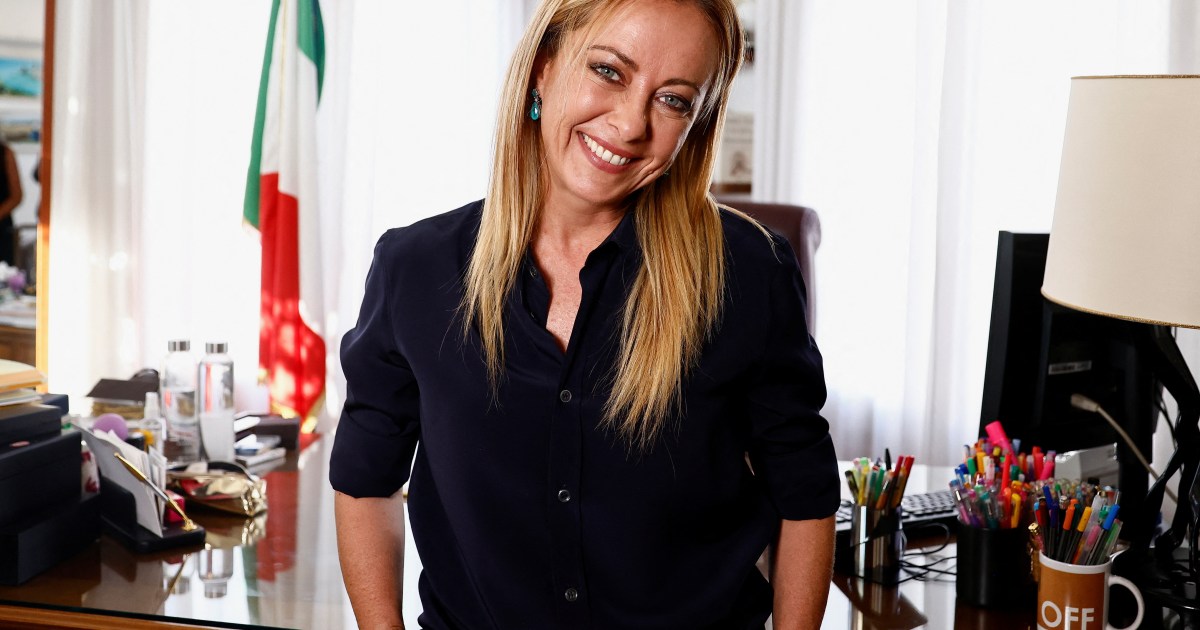 What happens if the right-wing Giorgia Meloni wins the Italian elections?

Current polls give a high probability that a right-wing coalition will win the upcoming Italian elections on September 25. Giorgia Meloni, leader of the Brothers of Italy (Fratelli d’Italia, or FdI), the leading right-wing party in the polls, could become Italy’s first female prime minister – but if she wins, she will also be its first leader government whose political party has never completely renounced its fascist past.

During his campaign, Meloni alternated between reassuring and wildly controversial statements about his political agenda. She also ambiguously defined former Italian Prime Minister Benito Mussolini as a personality who must be framed in a specific historical context. The election comes almost exactly 100 years after Mussolini’s march on Rome that paved the way for his dictatorship.

Why anti-establishment parties are so popular in Italy

From a statistical point of view, however, the rise of the Brothers of Italy is no different from that of all the other Italian anti-system parties from the 1990s. Current developments – although traumatic for Italian political culture – seem to be a new wave of the same phenomenon, with single parties suddenly springing up and surfing one after another on the waves of Italians who endlessly protest. These waves have been rolling since the resurgence of anti-political sentiment in the early 1990s.

In the elections of 2008 and 2013, the Brothers of Italy obtained less than 2% of the vote and in 2018 about 4%. Currently, four weeks before the election, polls attribute around 24% to Meloni’s party. The same pattern has been methodically replicated over the past three decades. In 1994 Berlusconi’s Forza Italia, founded only five months earlier, became the leading party with 21% of the vote. The political party Lega won only around 4% of the vote between 2001 and 2006, but exceeded 37% in 2019, shortly after the last European elections. The Five Star Movement, founded in 2009, won 25% only four years later, and 32% in the 2018 election.

According to current polls, the three parties that began as anti-political protest movements – Forza Italia, Lega and the Five Star Movement – now garner only a third of their previous peak support. Shortly after taking on government responsibilities, Italian parties lose credibility in the eyes of an electorate that is constantly on the lookout for the next critical voice against the established political system.

The hyperbolas then turn into parabolas. Could this also happen to the Brothers in Italy in 2023?

The Italian model is unique in its scale, but protest parties have been common in most European countries for 20-30 years and not all of them have been shooting stars. Poland and Hungary offer important points of reference. Their most popular parties – Law and Justice (PiS) and Fidesz – managed to control positions of power for several years, and still do. According to the European Commission, the governments in Budapest and Warsaw have changed the constitutional norms and other democratic functions of their political systems to strengthen their control over the country. Hungarian Prime Minister Viktor Orbàn defined the new political model as an “illiberal democracy”.

Orbàn and Meloni declare a strong mutual sympathy and Brothers of Italy is allied in the European Parliament with the Polish Law and Justice party. Given the post-fascist cultural environment in which most of the main leaders of the Brethren of Italy grew up, it is legitimate to wonder if the “illiberal” model is Meloni’s goal, if she should get the job prime minister, as she is likely to be mindful of the risk of a further decline in voter support for her party. Changing the Italian constitution would be possible through a parliamentary procedure if the ruling coalition has a two-thirds majority in parliament. According to current polls and seat estimates, the right-wing coalition has a fair chance of winning such a majority.

However, limiting democratic rights in an advanced society and a highly decentralized economy is not easy. The lack of consensus in Italy was born out of strong anti-establishment sentiment in the 1990s, but has grown over the past 20 years as a result of Italians’ disappointment with the economy. Unless you outlaw electoral democracy, no matter how much you bend constitutional democratic guarantees, if you don’t provide economic growth, you are doomed to be outvoted at the first possible opportunity.

Pushing Italy towards a full authoritarian system would not be compatible with economic growth. One of the reasons is that the Italian economy is kept afloat by European institutions. The European Central Bank provides an implicit – and sometimes explicit – guarantee that Italy will not default or exit the euro. The European Commission is providing the Italian economy with a substantial aid package — the NextGenerationEU (NG-EU), amounting to 11-12% of Italian GDP over five years — that no sane political leader could give up. Aid is conditional on respecting and maintaining the democratic requirements of the EU Treaties. Under the NG-EU programme, reforms and incentives are subject to extremely strict control by the European Commission. It will not be easy for Meloni to curtail civil rights or practice autocratic policies while receiving EU funds. Transfers to Hungary, for example, are currently being delayed because Orbàn’s regime is not compliant.

No doubt, in the past, Meloni was tempted to free himself from Europe. In 2014, Meloni pledged to “build a majority in the European Parliament with the other Euro-critical movements for a motion that would allow the European Commission to be forced into an agreed and controlled dissolution of the Eurozone”. The Italian Brothers proposed to parliament the “controlled dissolution” of the monetary union or, as an alternative, Italy leaving the euro. In 2018, the party demanded the removal of any reference to the EU in the Italian constitution, to enshrine the supremacy of national law over European law. Strong rhetoric portraying Italy as a victim of German and French power grabs has characterized Meloni’s party over the past decade. No mention was ever made of the solidarity of European partners in 2020 when Italy was generously supported during the COVID-19 pandemic and economic crises.

One possibility for Meloni would be to join Hungary and Poland on foreign policy issues and go against the European mainstream. This anti-European front is theoretically possible and could underpin a nationalist narrative. However, the practical results would be poor as the three countries would fail to block the others. The way the EU decides foreign policy reduces the possibility of withdrawal. Sanctions against Russia, for example, are imposed under the Common Foreign Strategy (CFSP) policy in which the measures are implemented either at EU or national level. Measures such as arms embargoes or entry restrictions are implemented directly by Member States, which are legally bound to act in accordance with the decisions of the CFSP Council. Other decisions to interrupt or reduce economic relations with a third country, including the freezing of funds and economic resources, are implemented by means of a regulation which requires a qualified majority. These regulations are binding and directly applicable throughout the EU. Italy, Poland and Hungary are not big enough to form a blocking minority.

The Italian government will have difficult choices to make

Unless there is a virulent pro-fascist campaign on social media after the vote – a factor that political analysis often struggles to take into account – it is very likely that once in power, Meloni will adopt a more conventional political line towards Europe. She could tone down her calls to make Italy’s sovereignty prevail over European allegiance.

But even if she seems less eurosceptic, Meloni will not necessarily succeed in making good use of European solidarity. The success of the European financial programs depends on the efficiency of the Italian administrative implementation of the reforms and the investment plans agreed in the NG-EU programme. The record of the Brothers in Italy in this regard is very poor, as demonstrated by its appalling management of the mayor of Rome between 2008 and 2013.

According to the IMF, even in the best-case scenario, ie even if all NG-EU projects are effectively activated, Italy’s potential growth could reach 0.8% at most. With European interest rates at historically average levels, the Italian government should continue to post a primary budget surplus of at least 2%, just to keep its debt-to-GDP ratio stable. According to the Financial Times, hedge funds are already building the biggest bet against Italy’s debt since 2008. Should a debt crisis unfold, calls for the reinstatement of current incumbent Prime Minister Mario Draghi would grow louder.

In this context, Meloni must bend over backwards to reassure the markets. However, in order to avoid a traumatic debt crisis, the Italian government will have to ask Italians every year to hand over at least 2% of their stagnant income to the state, which is more than what they receive from the state. -even in terms of services and well-being. Thirty years of citizen irritation with the political system will not go away.