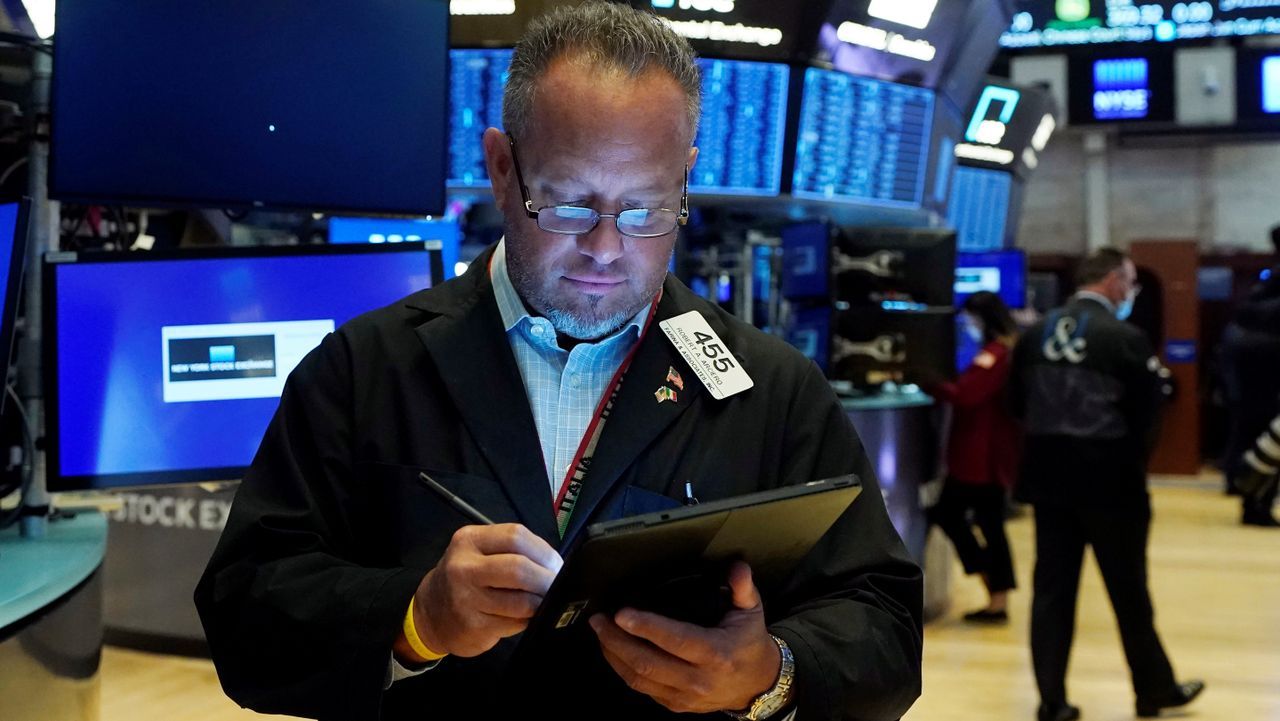 The latest data from the US Department of Commerce, showing that gross domestic product grew at an annual rate of just 2% in the third quarter, down from 6.7% in the previous three months, is part of a global trend.

The US slowdown comes on the heels of weaker growth in China, where third-quarter growth fell to 4.9% year-on-year, an increase of just 0.2% from the previous three months, and of the announcement earlier this week by the German government that it was cutting its growth forecast this year from 3.5% to 2.6%.

This means that the world’s first, second and fourth economies respectively all registered lower growth this month.

The situation is no better in the third largest in the world where the Bank of Japan this week revised its growth estimate for the year until March 2022 from 3.8% to 3.4%. Longer term, he said potential economic growth was “around zero or slightly positive”.

The US growth figure of 2% in seasonally adjusted terms was the lowest since the recovery from the pandemic recession and was well below economists’ forecast of a 2.7% increase.

The main factor behind the decline was lower consumer spending which grew at an annual rate of just 1.6% for the quarter compared to an increase of 12% in the second. Behind this was a 9.6% drop in purchases of consumer goods which was attributed to supply chain issues.

Business spending on capital goods also declined. It fell at an annual rate of 3.2 percent in the September quarter, largely due to cuts in spending on technical equipment and transportation.

As the US economy shows signs of slowing, inflation continues to rise. The consumer price index rose 5.4% in September and shows no signs of slowing down. When prices started to rise due to rising commodity prices, especially oil and energy, and due to supply chain issues, Fed Chairman Jerome Powell said insisted that the increase would be “transient”.

But faced with economic reality, Powell had to adjust his assessment. Speaking at a virtual conference last week, he said: â€œThe constraints on the supply side have worsened. The risks are now clearly linked to longer and more persistent bottlenecks, and therefore to higher inflation. “

The Fed’s biggest worry is that rising inflation will further fuel the rise of the working class. Powell repeated previous assurances to Wall Street that “no one should doubt that we will use our tools to bring inflation down to 2%”.

Soaring inflation and the development of bottlenecks in the economy are blamed on the effects of the pandemic.

But a different perspective was provided in a commentary article published in the Financial Time earlier this month by Jeff Currie, head of commodities research at Goldman Sachs.

He wrote that aside from some workforce issues, current bottlenecks “have little to do with COVID.” The roots of the “commodities crisis”, he continued, could “trace back to the aftermath of the financial crisis and the following decade of falling yields and chronic underinvestment” in what he called the old economy.

This is a direct result of policies pursued after the global financial crisis of 2008, when the Fed, through its quantitative easing (QE) program, supported financial markets.

This income disparity hit the old economy hard. As low-income demand declined, long-term investment declined “in favor of the short-cycle ‘new economy’ in investments in areas such as technology.” Currie did not refer to it, but he could have pointed out the massive amounts of capital that have been diverted to speculation in stocks and other financial assets as well as share buybacks.

His conclusion was that “as infrastructure ages and investment shrinks, the ability of the old economy to supply and deliver the commodities underlying many end products has weakened” and, after years of neglect, phenomena such as rising gas prices and copper shortages could be described as his “revenge.”

The European economy is also plagued by the same forces: rising inflation and supply bottlenecks. During her press conference following a meeting of the European Central Bank’s Governing Council on Thursday, ECB President Christine Lagarde acknowledged that these factors would remain longer than expected.

She argued, however, that the price hikes were temporary because it repelled pressure to raise interest rates. At 4.1%, the annual inflation rate in the euro area is at its highest level in 13 years and in Germany it reached 4.6% this month, the highest since 1993.

In Spain, the spike in inflation is even stronger with prices rising at an annual rate of 5.5% in October, the biggest increase in nearly three decades and a percentage point above economists’ forecasts .

The rise in energy prices, which rose 18.6%, according to the German statistical agency, is cited as the main reason for the global surge in consumer prices.

Financial markets are already pricing higher levels. However, Lagarde said the ECB’s analysis was not in favor of an interest rate hike next year “or soon after.”

This position is motivated by the fear that a possible rise in interest rates could stifle the recovery of the euro area economy. Lagarde said that while the economy continued to recover “strongly”, the momentum had “moderated to some extent”.

Despite the ECB’s efforts to maintain the stimulus, it can be overtaken by market movements. Asked about ECB policy in light of rate-tightening measures by the Canadian, New Zealand and British central banks, Lagarde said such a comparison was “odious” and that the outlook was different in Europe.

As she spoke, financial markets, increasingly skeptical that inflation is a passing phase, gave a different message. A commentary in Bloomberg noted that Italian five-year bond yields have jumped in recent weeks and hit their highest level in over a year.

The ECB, like other central banks, seeks to give the impression that it has the economy in hand, but the surge in inflation, the result of forces beyond its control, makes this much more difficult.

COVID-19 can be eliminated.

We have assembled a panel of scientists to explain how.