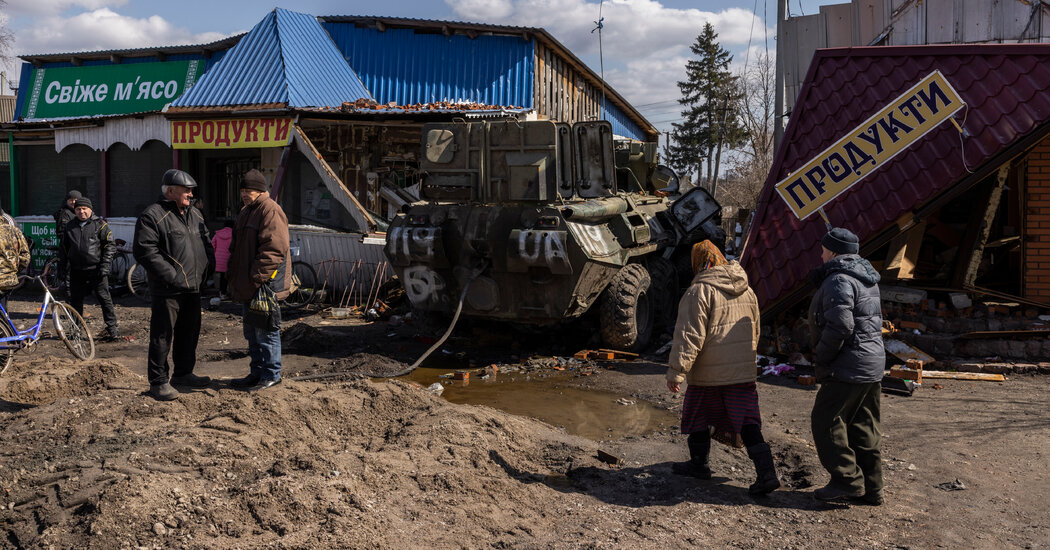 The Kremlin has denied the claims and said recent footage of the kyiv suburb of Bucha, which was freed from Russian control last week, was staged. But President Biden called him a war criminal. And President Volodymyr Zelensky said Mr. Putin was responsible for the genocide.

If past war crimes prosecutions are any indication, the process is arduous and extensive, and takes years of investigation and litigation that are not decided until decades after a conflict has ended.

Here’s what you need to know:

What is a war crime?

A war crime is an act committed during armed conflict that violates international humanitarian law designed to protect civilians. The rules of war are codified in various treaties, including the Geneva Convention of 1949 and the Hague Conventions of 1899 and 1907.

The main body that can hold individuals accountable for war crimes is the International Criminal Court. It was created in 1988 by a treaty known as the Rome Statute which lists actions that can be prosecuted as war crimes, including intentional killings, torture and intentional attacks on civilians. Some cases have been brought before special tribunals set up by the United Nations.

What evidence is there of potential war crimes in Ukraine?

The New York Times reported accounts of indiscriminate killings, torture, and other violence against civilians. The ICC had already launched a criminal investigation into possible war crimes in early March.

“What they did in Bucha, or the bombing of a hospital or a school, are prima facie war crimes,” said Kwon O-Gon, an international law expert who served as a judge in the International Criminal Tribunal for the former Yugoslavia. .

How are war crimes investigated?

War crimes are investigated as any criminal activity would be, by interviewing witnesses, reviewing photos or videos and collecting forensic evidence, including ballistics analysis, autopsies or tests DNA. Prosecutors must prove beyond a reasonable doubt that the individuals knowingly committed the crimes.

It is more difficult to prove how much a head of state knew and or was directly responsible for what happened under his command.

What are the chances that Vladimir Putin will be held responsible?

The ICC does not have its own police force or army. The court depends on the states to hand over its own citizens to the court for prosecution. This is unlikely to happen with senior Russian officials, let alone with Mr. Putin.

Mr. Kwon noted that there is no statute of limitations for war crimes. Evidence or inside information could emerge years later, and Putin or others could be handed over to court to ultimately be held accountable.

“Even if it takes 10 years or 20 years, even if it’s after Putin has been ousted from power, he could be brought into the dock,” Kwon said.

Which heads of state have been tried for war crimes?

Slobodan Milosevic, dubbed the ‘Butcher of the Balkans’, was the first former head of state to stand trial for such crimes in 2002. He died in his cell in The Hague as his four-year trial drew to a close , before a verdict was rendered.

Charles G. Taylor, the former president of Liberia, was sentenced to 50 years in 2012 for atrocities committed in Sierra Leone during its civil war in the 1990s. Laurent Gbagbo, former president of the Ivory Coast, was acquitted of crimes against humanity and other charges related to the violence following the country’s 2010 presidential election.

The ICC issued an arrest warrant for Libyan leader Colonel Muammar el-Gaddafi in 2011, charging him with crimes against humanity, but he was killed in October before facing trial.

Former Sudanese President Omar Hassan al-Bashir is wanted by the tribunal for genocide and war crimes in the Darfur region, but he has not been handed over by the Sudanese transitional government.