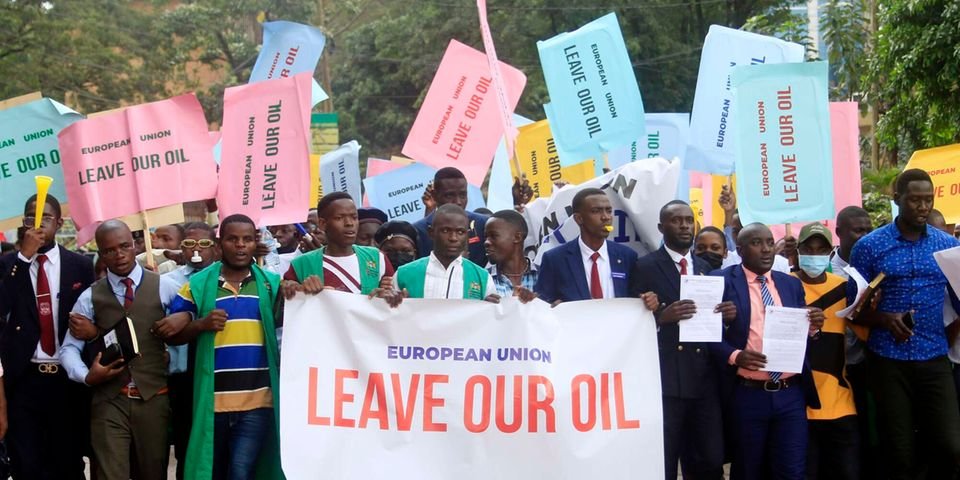 Uganda’s energy minister on Tuesday criticized the European Parliament for seeking to delay a massive and controversial oil project in East Africa over human rights abuses and environmental concerns.

France’s TotalEnergies and China National Offshore Oil Corporation signed a $10 billion deal earlier this year to develop Uganda’s oilfields and ship crude through a 1,445-kilometre (900-mile) pipeline to the Tanzanian port of Tanga in the Indian Ocean.

The project, which includes drilling at Murchison Falls, Uganda’s largest national park, has faced strong opposition from activists and environmental groups who say it threatens the fragile ecosystem of the region and the livelihoods of tens of thousands of people.

These included “unjustified imprisonment of human rights defenders, arbitrary suspension of NGOs, arbitrary prison sentences and the eviction of hundreds of people from their land without fair and adequate compensation”.

He also urged TotalEnergies to take a year before the launch of the project to study the feasibility of an alternative route “to better safeguard the protected and sensitive ecosystems and water resources of Uganda and Tanzania”.

“The European Parliament, at that time, was considering intervening in the development of the crude oil pipeline,” she told AFP on the sidelines of the Africa Green Energy Summit. in Cape Town.

“Africa has been green but people are cutting down trees because they are poor,” she said.

“We are all partners in the fight against climate change. If we don’t see ourselves as partners, we are not going to win this war.”

Africa’s carbon footprint is the lowest of any continent, accounting for around 3% of global CO2 emissions.

Ugandan President Yoweri Museveni pledged to pursue the project regardless of the EU resolution, warning that the government would seek other partners in case TotalEnergies chooses to “listen to the European Parliament”.

The project aims to extract the massive crude reserves beneath Lake Albert, a 160 kilometer long natural border between Uganda and the Democratic Republic of Congo, and ship the oil through what would become the world’s longest heated pipeline.

Museveni has in the past hailed the project as a major economic boost for the landlocked country, where many live in poverty.