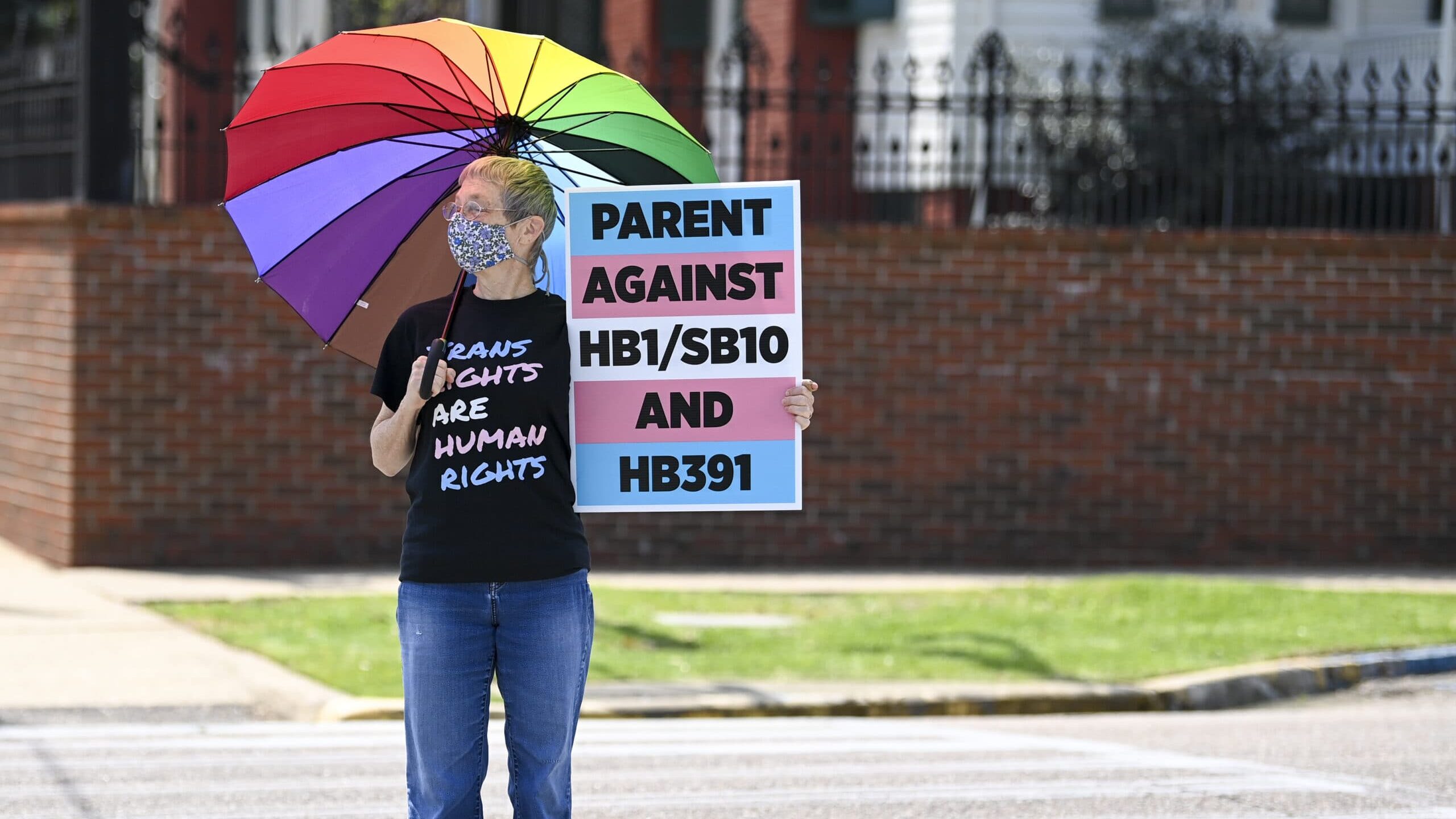 MONTGOMERY, Ala. (AP) — A federal judge on Friday blocked part of an Alabama law that made it a crime to prescribe puberty blockers and gender-affirming hormones to transgender minors.

U.S. District Judge Liles Burke issued a preliminary injunction to stop the state from enforcing the drug ban, which took effect May 8, while a legal challenge continues. The judge left in place other parts of the law that prohibited gender-affirming surgeries for transgender minors, which doctors had testified are not performed on minors in Alabama. It also left in place a provision that requires counselors and other school officials to notify parents if a minor reveals they think they are transgender.

The Vulnerable Child Compassion and Protection Act has made it a crime, punishable by up to 10 years in prison, to prescribe or administer gender-affirming drugs to transgender minors to help them affirm their new gender identity.

Burke ruled that Alabama had produced no credible evidence to show that transitioning drugs are “experimental” while “the undisputed evidence of the record is that at least twenty-two major medical associations in the United States endorse the drugs.” drugs in transition as well-established and evidence-based. treatments for gender dysphoria in minors.

“Enjoining the Act affirms and reaffirms the ‘enduring American tradition’ that parents — not states or federal courts — play the primary role in the upbringing and care of their children,” Burke wrote in the notice.

The legislation was part of a wave of bills in Republican-controlled states regarding transgender minors, but was the first to impose criminal penalties on doctors who provide the drugs. In Arkansas, a judge blocked a similar law before it took effect. The U.S. Department of Justice and four families with transgender children challenged Alabama law as discriminatory, an unconstitutional violation of equal protection and free speech rights, and intrusion into medical decisions family.

“It’s a huge relief for transgender children and their families,” said Dr Morissa Ladinsky, a pediatrician who founded a Birmingham medical team that treats children with gender dysphoria, on Friday evening.

“The court’s decision recognizes that this is well-established care that has been endorsed by 22 major medical associations. This decision will ensure that transgender children in Alabama, and beyond, can continue to receive this well-known, evidence-based lifesaving care.

The state attorney general’s office has argued that drug use is an unsettled science and therefore the state has a role to play in regulation to protect children. In a court hearing before Burke, state prosecutors argued that European countries were taking a more conservative approach to drugs. Alabama lawmakers, who approved the bill this spring, said drug decisions should wait until adulthood.

“I firmly believe that if the Good Lord made you a boy, you’re a boy, and if he made you a girl, you’re a girl,” Ivey said when she signed the law last month. latest.

The judge said Alabama’s evidence was unconvincing. He noted that a psychologist who testified that most children with gender dysphoria had never provided care to a transgender minor under the age of sixteen. The state’s other witness was a woman who testified that she regretted taking testosterone at age 19.

The American Academy of Pediatrics and the Pediatric Endocrine Society both endorse the treatments that clinics here and in other states offer transgender youth. More than 20 medical and mental health organizations have urged Burke to block the law.