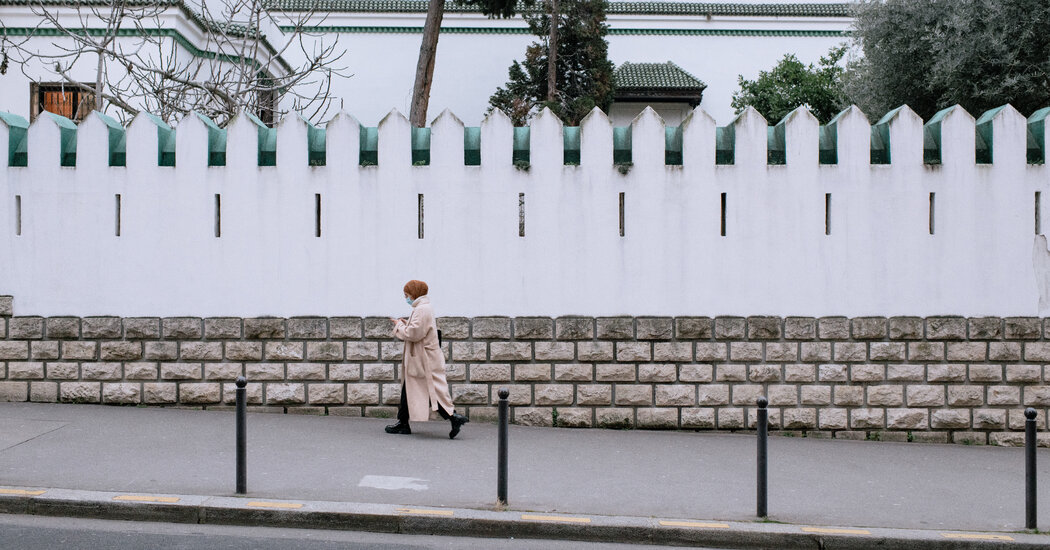 The silent flight of Muslims from France

PARIS — France’s wounded psyche is the unseen character in every one of Sabri Louatah’s novels and the hit TV series he wrote. He talks about his “sensual, physical, visceral love” for the French language and his attachment to his hometown in southeastern France, bathed in its special light. He closely follows the campaign for the next presidential elections.

But Mr. Louatah does all this from Philadelphia, the city he began to call home after the 2015 attacks in France by Islamist extremists, which killed dozens of people and deeply traumatized the country. As feelings hardened against all French Muslims, he no longer felt safe there. One day, they spat on him and called him “Dirty Arab”.

“It was really the 2015 attacks that made me leave because I understood that they were not going to forgive us,” said Mr Louatah, 38, grandson of Muslim immigrants from Algeria. . “When you live in a big Democratic city on the East Coast, you are more serene than in Paris, where you are at the bottom of the cauldron.”

Ahead of the April elections, President Emmanuel Macron’s three main rivals – who are expected to account for almost 50% of the vote, according to polls — all run anti-immigrant campaigns that stoke fears of a nation facing a civilizational threat by invading non-Europeans. The issue is high on their agenda, even though France’s actual immigration lags behind that of most other European countries.

The problem barely mentioned is that of emigration. For years, France has been losing highly skilled professionals looking for more dynamism and opportunities elsewhere. But among them, according to academic researchers, are a growing number of French Muslims who say discrimination was a strong push factor and that they felt compelled to leave because of a glass ceiling of prejudice, nagging questions about their safety and a sense of not belonging. .

The exodus has gone unnoticed by politicians and the media, though scholars say it shows France’s inability to provide a path of advancement for even the most prosperous of its largest minority group, a “brain drain” of those who could have served as models of integration.

“These people end up contributing to the economy of Canada or Britain,” said Olivier Esteves, professor at the Center for Political Science, Public Law and Sociology at the University of Lille, which interrogates 900 French Muslim emigrants and conducted in-depth interviews with 130 of them. “France is really shooting itself in the foot.

French Muslims, estimated at 10% of the population, occupy a strangely disproportionate place in the countryside, even if their true voice is rarely heard. This is not only an indication of the lingering wounds inflicted by the 2015 and 2016 attacks, which killed hundreds, but also of France’s long struggle over identity issues and its unresolved relations with its former settlements.

They are linked to crime or other social ills through dog whistle expressions like “areas outside Franceused by Valérie Pécresse, the center-right candidate now tied with far-right leader Marine Le Pen for second place behind Mr. Macron. They are being singled out for condemnation by far-right TV pundit and candidate Eric Zemmour, who said employers have the right to deny jobs to blacks and Arabs.

The tenor of the race has stoked dread as they watch it from abroad, say Mr Louatah and others who have left, speaking with a mixture of anger and resignation from their home country, where they still have family and other strong ties.

The places he and others have settled, including Britain and the United States, are not havens free of discrimination for Muslims or other minority groups, but those interviewed said that however, they felt more opportunity and acceptance there. It is outside France that, for the first time, the simple fact that they are French has not been called into question, some will say.

“It’s only abroad that I’m French,” said Amar Mekrous, 46, raised in the Paris suburbs by his immigrant parents. “I am French, I am married to a French woman, I speak French, I live French, I love French cuisine and culture. But in my country, I am not French.

Finding suspicion heavy on French Muslims after the 2015 attacks, Mr Mekrous moved with his wife and three children to Leicester, England.

In 2016, he created a Facebook group for French Muslims in Britain, which today has 2,500 members. New arrivals to Britain had been flocking before Brexit, he said, adding that they were mainly young families and single mothers who were struggling to find a job in France because they were carrying the Muslim veil.

It is only recently that academic researchers have begun to take snapshots of departed French Muslims. They include the research project on the emigration of French Muslims carried out by academics affiliated with the University of Lille, a leading French university, and the National Center for Scientific Research, the main research institution of the French government.

Jérémy Mandin, a French researcher involved in the study at the University of Liège in Belgium, said many young French Muslims were disappointed “to have followed the rules, done everything that was asked of them and ended up being unable to lead. a desirable life.

Elyes Saafi, 37, marketing manager for the London operations of StoneX, an American financial company, grew up in Remiremont, a town in eastern France, where his parents settled after arriving from Tunisia in the 1970s. Her father operated a spinning machine in a textile factory.

Like his own parents, Mr. Saafi ended up rebuilding his life in a new country. In London, he met his wife, Mathilde, who is French, and found an easy-going diversity unimaginable in France.

“At corporate dinners, there may be a vegetarian buffet or a halal buffet, but everyone mingle,” he said. “The CEO shows up and he’s got a turban on his head, and he’s mingling with his employees.”

The Saafis miss France, but they have decided not to return in part due to concerns over their 2-year-old son.

“In Britain, I’m not worried about raising an Arab child,” Ms Saafi said.

In 2020, anti-Muslim acts in France increased by 52% compared to the previous year, according to official complaints collected by the government. National Human Rights Commission. Incidents have increased over the past decade, rising sharply in 2015. A rare official investigation in 2017 found that young men perceived as Arab or black were 20 times more likely to have their identity checked by police.

In the workplace, job applicants with Arabic names were 32% less likely to be interviewed, government finds report released in November.

Despite her degrees in European law and project management, Myriam Grubo, 31, says she has never been able to find a job in France. After half a dozen years spent abroad, first in Geneva at the World Health Organization and then in Senegal at the Pasteur Institute in Dakar, she is back in Paris with her parents. She is looking for work — abroad.

“Feeling like a foreigner in my country is a problem,” she said, adding that she “just wanted to be left alone” to practice her faith.

Rama Yade, deputy human rights minister under President Nicolas Sarkozy, said France’s denial of issues such as police violence had made matters worse. She saw the current backlash in France against “wokism” – or so-called “woke” American ideas about social justice – as “nothing more than a pretext for no longer fighting discrimination”.

When Ms Yade – born in Senegal to a Muslim family – was appointed a junior government minister in 2007, she thought it would be a “starting point”. But after an unsuccessful bid for the presidency in 2017, she moved to the United States.

For her, the presidential race’s focus on immigration was the “consecration of 20 years of deterioration” in a political culture obsessed with national identity. She had left her political party – of which Ms Pécresse is now a candidate – because, Ms Yade said, it had become “very hostile to anything that did not represent a fantasy version of French identity”.

Mr. Louatah, the Philadelphia writer whose French wife is an economist and teaches at the University of Pennsylvania, said he hopes to one day return to the country that fills his novels. When the television series based on her work, “The Savages”, aired in 2019, she became a to hit for the company behind it, Canal Plus – and an unusual undertaking, imagining France for the first time led by a president of North African descent.

But two years later, Mr Louatah has come to regard his series as an “anomaly”. He embarked on writing the second season, with a plot centered on police violence, one of the most sensitive themes in France. Ultimately, “The Savages” was not renewed for reasons he says were never made clear to him. A Canal Plus spokeswoman said the series was only scheduled for one season.

In Philadelphia, he is writing a new novel that deals with exile from a country that is never named.