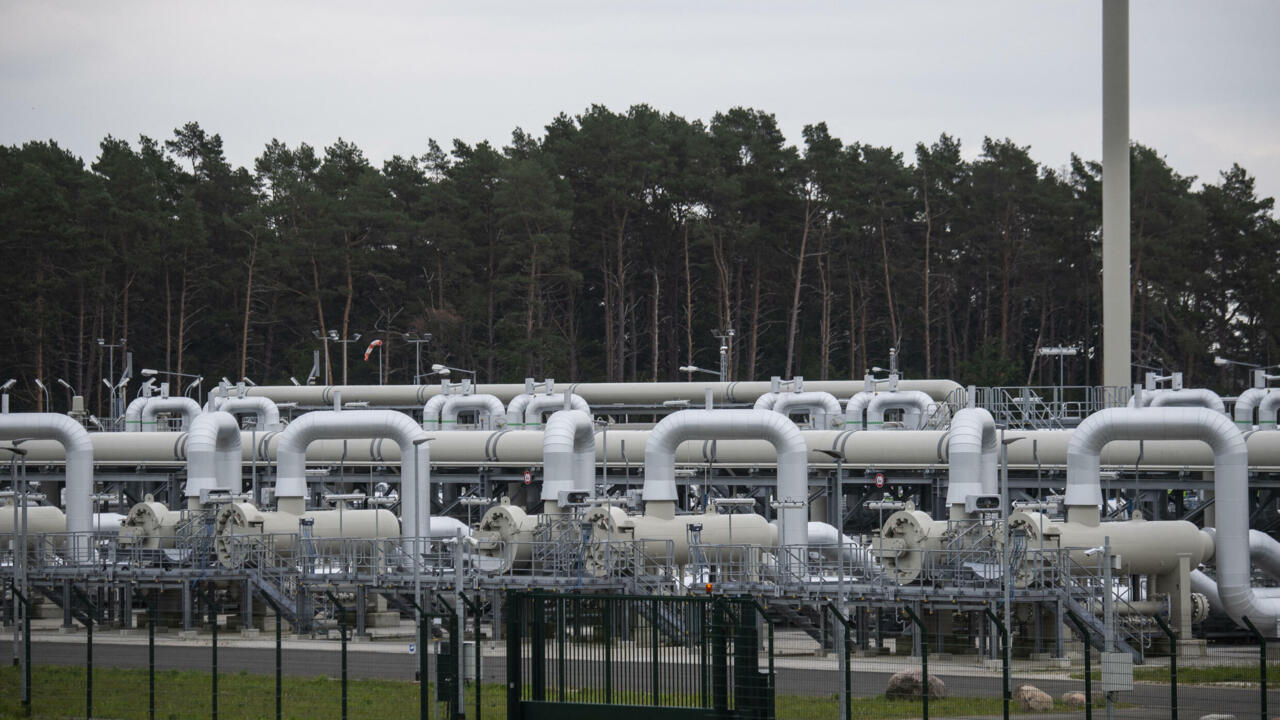 The crisis surrounding Ukraine has been a harsh reminder to Europeans of their dependence on Russian energy supplies. As the European Union weighs its options for a united and robust response to Russia should Vladimir Putin decide to invade Ukraine, the bloc is feeling a new unease over its dependence on Russian oil and gas.

“The United States and the EU are working together toward a continuous, sufficient, and timely supply of natural gas to the EU from diverse sources around the world to avoid supply shocks, including those that could result from a new Russian invasion of Ukraine,” President Joe Biden and European Commission President Ursula von der Leyen announced in a joint statement on Friday.

Rising tensions around a build-up of Russian troops along the Ukrainian border have again shone the spotlight on the controversial Nord Stream 2 project, a gas pipeline stretching over 1,200 kilometers from western Russia to the north -eastern Germany under the Baltic Sea, which was completed at the end of 2021.

If the pipeline – a joint project involving a consortium of Russian, German, Dutch and French energy companies – receives the green light from Brussels to become operational, it will be able to pump 55 billion cubic meters of gas to Germany each year.

But the current diplomatic crisis with Russia complicates the pipeline’s future. If Russia invades Ukraine, “the decision to stop Nord Stream 2 would be part of the EU’s political or military strategy,” said Anna Creti, director of the climate economics department at Paris Dauphine University. , in an interview with FRANCE 24. “But it cannot be done unilaterally; it would require the agreement of the entire consortium.

In the long-term contract for Nord Stream 2, “on one side we have the Russian national company Gazprom, and on the other we have several European companies that have to negotiate, obtain or modify clauses,” Creti said. “The EU is not a single stakeholder and Russia can negotiate with [respective] companies – and maybe play against each other.”

Signal that supplies are at risk

On the other hand, “if Russia decides to stop the flow of gas to Europe, it would not be overnight,” Creti said, adding that a complete disruption of energy supply would be unlikely. given the safety risks of a sudden stoppage of gas flows.

A more likely scenario would be for Russia to further decrease gas flow over a few weeks, sending a very clear signal to Europeans that their supply is in jeopardy, according to Creti.

Something similar happened in 2008, when a disagreement between Moscow and Kyiv over energy payments and accusations that Ukraine was siphoning gas prompted Moscow to shut down energy flows, leaving some parts of Europe without Russian energy for more than two weeks in January.

According to Eurostat, more than half of the EU’s energy needs – 61% – were met by imports in 2019. The EU depends mainly on Russia for imports of crude oil, natural gas (35% of l EU supply) and solid fuels, followed by Norway.

If Europe were to wean itself off Russian gas, what would be the alternatives? “This is where the role of the United States as a gas exporter comes into play,” Creti said.

The United States is a major producer of liquefied natural gas (LNG), which can be transported by sea to regasification terminals. LNG is a practical alternative to conventional gas, an energy source that can only be transported by pipeline. US authorities announced on Tuesday that they were in negotiations with suppliers in the Middle East and North Africa to increase LNG deliveries to Europe.

“LNG diversions can also come from southern Europe and Asia, although these are last-minute supplies bought at a high price,” Creti noted.

As part of its pressure campaign against the Ukrainian government, Russia has cut the amount of energy supplies flowing through Ukraine to Europe by about 50 percent, The New York Times reported.

The future of the Nord Stream 2 will remain uncertain as long as the verbal contests between Moscow and the West continue.

The pipeline must pass two other hurdles before becoming fully operational: safety certification and regulatory approval. The Brussels authorities are currently deciding whether the gas pipeline complies with European energy regulations. While the decision may seem purely technical, ultimately “the Commission will have to decide whether it is going to give Russia too much power,” Creti said.

A senior German diplomat, interviewed by FRANCE 24, played down the potential dangers, noting that Russia also relies on Europe.

“Of course there is a certain interdependence – we get a lot of gas from Russia, and the EU is the biggest gas market for Russia. A large part of Russian income comes from gas exports. As far as gas is concerned, there is currently a security of supply,” said the diplomat, who requested anonymity.

Germany has been accused in recent weeks of wavering in its response to Russia’s aggressive stance, breaking ranks with its EU partners by excluding arms exports to Kiev and saying that Nord Stream 2 should be considered separately from the question of Ukraine since it is a “private sector”. project”.

For the German diplomat, Berlin’s position is unequivocal. “We have been very clear that Russian threats are unacceptable and we have fully aligned with our NATO and EU partners. There was no hesitation.”

In Germany’s new coalition government, the Green Party has been a strong advocate for a hardline approach to Russia. Annalena Baerbock, the new foreign minister and member of the Green party, recently signaled her willingness to stand up to Putin, saying Nord Stream 2 should be included in the arsenal of sanctions being prepared against Russia.

After talks with officials in Kyiv, Baerbock arrived in Moscow on January 18 for a high-stakes meeting with Russian Foreign Minister Sergei Lavrov.

While the pipeline is currently on hold, the Kremlin announced last Friday that Putin was to meet with German business leaders.

Asked to speculate on the content of the talks, Creti offered: “The Russians could say ‘We have to stop wasting time’ and threaten European companies with sanctions” if the pipeline does not become operational, she said. the

The Europeans could also seek to level the playing field in the gas wars, turning the Nord Stream tap on or off again depending on the current state of Russia’s relations with Europe.

At the moment, she said, “there’s a 50/50 chance” of continued cooperation on the pipeline.

The EU should rewrite its fiscal rules