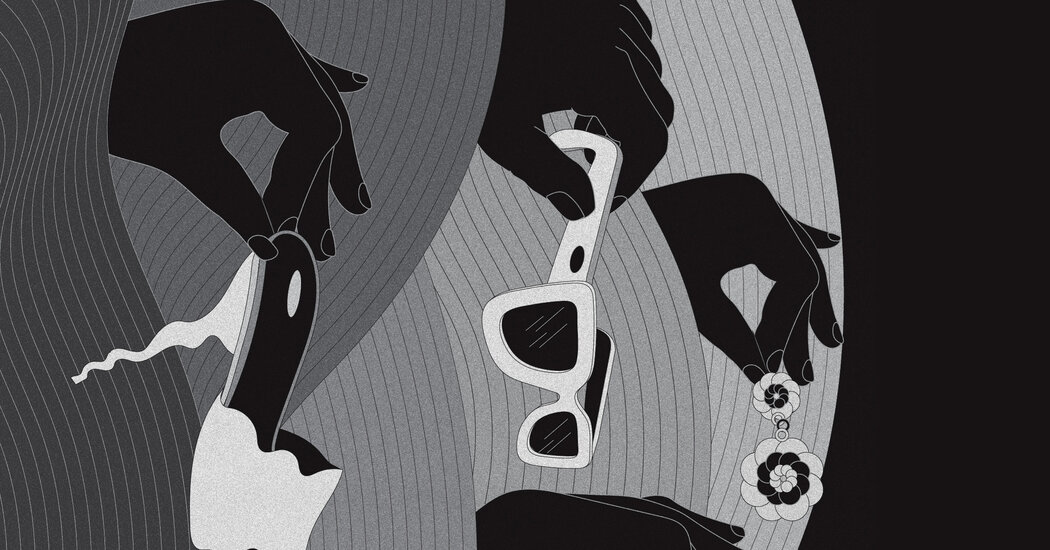 Imagine looking online for a pair of square-toe slides from Bottega Veneta, one of the hottest luxury brands around. A new, seasonal pair can cost over $ 550 on the brand’s website, an old-fashioned department store like Neiman Marcus, or a new ecommerce player like Net-a-Porter.

But what if you choose to buy from Cettire, a website offering discounts of up to 30% on the latest fashion styles? You would be a player in the multibillion-dollar luxury â€œgrayâ€ market, a rapidly growing sales sector that has historically operated out of the sight of most Western consumers. However, with the arrival in recent years of companies like Baltini in Italy, Italist in the United States and Cettire, listed on the Australian Stock Exchange at the end of 2020, gray sales have resulted in millions of digital baskets.

Unlike the illegal counterfeit goods often found on the black market, the gray market sells genuine luxury goods, but at a hefty discount, usually between 15 and 35 percent, and without brand contact. Through a practice sometimes known as parallel importation, gray market sellers tend to take advantage of different pricing strategies and tax requirements that apply to luxury goods in different regions in order to offer certain flagship products to those who want it at a lower cost.

One of the best-known examples is that of daigous, or buying agents who meet Chinese demand for foreign goods, especially luxury goods. Daigu typically buy products in an area outside of China where an item is cheaper, then send or return to China with the goods to sell for a profit.

The price differences between markets can be striking. According to a study published recently by Money.co.uk, a customer in Europe will pay just over $ 2,800 for an Yves Saint Laurent day bag, but the same bag will cost over $ 3,700 in South Korea. A buyer can purchase a white Fendi canvas baguette bag for around $ 2,620 in mainland Europe. This same item will cost around $ 3,350 if purchased in mainland China.

â€œTraditionally, many luxury brands have turned a blind eye to the gray market or even engaged in gray market sales, as it meant quick cash and a chance to spruce up their reported numbers with partners of wholesale, especially on non-moving or surplus inventory, â€says Solca. “But in recent years that attitude has had to change as the market turns into something that has become more and more difficult to control.”

A number of daigus have formed large-scale collectives, and companies like Beyond have sprung up to facilitate cross-border transactions from the United States to China. Recently, Western companies using similar large-scale gray market tactics have emerged, including Cettire, which grew rapidly during the pandemic, and unauthorized watch dealers like Authenticwatches.com and Chrono24.

Cettire was started in 2017 by Dean Mintz, a young, lonely founder with no background in tech or fashion, and offers consumers around the world deep discounts on some of the top names in luxury including Prada, Gucci, Chanel and Saint Laurent. According to its prospectus for its IPO, sales between March and June 2020 increased by 331% compared to the previous year. Cettire raised $ 49 million when it went public in December, and its stock price quickly swelled by more than 400%.

Then, in June, questions raised about the long-term viability of Cettire’s business model in an Australian Financial Review report prompted its share price to drop 30%. Trading in the company’s shares was halted on June 15, the same day Cettire received a public letter from Australian Stock Exchange compliance officials. Cettire did not respond to requests for comment for this article.

This could be seen as a case study of how a business operates in the gray market. It claims to sell around 160,000 products from around 1,300 high-end fashion brands on its â€œone-stop-shopâ€ through a process known as dropshipping. Dropshippers are online sellers who don’t keep any products in stock. Instead, when an item is purchased, they buy the item overseas and ship it to the customer.

Cettire takes a commission on sales, which are primarily products manufactured and priced in Europe to customers in the United States and Asia. Like Farfetch, a London-based site, Cettire acts as an intermediary between stores and customers. Cettire has no direct relationship with luxury brands.

“The luxury gray market is nothing new, thanks to fashion’s notorious inability to truly control its production volumes,” said Julie Zerbo, lawyer and founder of The Fashion Law, a website exploring legal challenges and commercials facing the industry. . â€œParticularly in Southern Europe, a genuine product has often found its way out of the back door of a factory or the back of a truck and ultimately into the hands of consumers looking to pay less than the full price. . “

Of course, many customers are now finding great deals through affiliate advertising on Google or through aggregate search sites like Lyst. When offers exist just a few clicks away from the full price products on a brand’s website, the price inconsistencies become glaring.

Cettire caught the eye of fashion e-commerce veteran Tommy Mathew with stints at Acne Studios and Helmut Lang. In May, he noticed these Bottega Veneta slides – one of the brand’s hottest styles today – on Cettire for 24% below their recommended retail price. Similar deals could be found for the ‘Chain’ leather crossbody bag – $ 3,506.65 on Cettire, $ 300 cheaper than on Bottega’s official website – and on items like Chanel glasses, Prada skirts and Saint Laurent belts. (Those deals faded away after Cettire grabbed the attention of the press this summer.)

“Cettire’s business model is not illegal – it is just very effective at exploiting legal loopholes in trade regulations,” said Mr. Mathew. He noted that shipments valued under $ 800 can usually be shipped duty-free to the United States, where two-thirds of Cettire’s customers are located. China, Cettire’s second-largest market, benefits from a similar exemption.

But Cettire also has quirks. Although it has sold to other European countries, it has blocked web traffic from France, Italy and Switzerland, where many of the world’s largest luxury groups are based. (In a letter to Australian regulators, Cettire denied that this was a strategy to prevent brands from seeing the site’s products and prices, saying the platform “is currently not accessible on certain markets as the company prioritizes its global expansion. “)

“The main reason authorized retailers do not exploit these kinds of loopholes is that they would likely lose access to products by overtly undermining brands,” said Mr. Mathew. “Cettire hides its suppliers to guarantee their access to luxury goods while offering plausible deniability to suppliers who engage in this type of practice.”

Three brands ceased to be sold on Cettire: Celine, Vetements and Acne. Other brands, such as Chanel, Prada and Yves Saint Laurent, all declined to comment for this article.

Luxury brands are now in effective competition against themselves. It is difficult to quantify exactly how much they stand to lose. But most are keenly aware of the gradual thinning of the exclusivity varnish they have worked hard to establish and which has already been partly diluted by the sharp shedding of off-season inventory by department stores and outlets.

Today, many brands are working with consultants and local governments to develop new ways to combat the gray market after previous attempts to control the practice – such as buying back and destroying unsold inventory – led to complaints. negative reactions to sustainability issues.

â€œIf brands don’t want to fall victim to these platforms, then they need to button up their distribution and cut wholesale volumes to protect their image,â€ Solca said. Brands like Gucci, Prada and Burberry have recently cut back on wholesale orders in an attempt to reduce the appearance of ubiquity and the risk of big discounts. The eyewear Luxottica creates chips for its glasses that will allow it to better follow the products. Others are exploring the use of blockchain technology or improved audit metrics to identify problematic suppliers and retailers.

However, customers are still encouraged to turn to the gray market. Brands like Chanel have increased their prices by up to 15% over the past year due to changing commodity prices and exchange rates.

In July, weeks after the controversy that had rocked his stock, Cettire suggested it would expand into children’s clothing and said he was “always evaluating new opportunities for growth.”

â€œUltimately this market will shrink, but for now there are a lot of price-sensitive luxury consumers who are willing to buy genuine products at a discount through gray channels,â€ M said. Solca. â€œThis demand will not go away anytime soon.