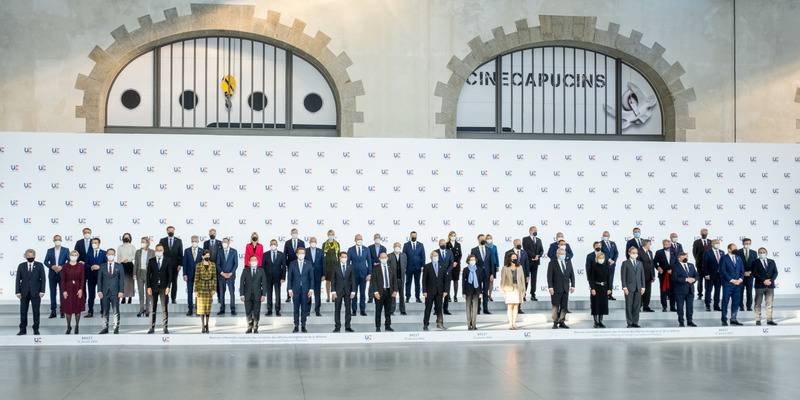 The Gymnich meetings are an opportunity for informal, open and strategic discussions on the priorities of the European Union’s foreign policy. Both the long-term outlook and the major current international crises are discussed.

The French Presidency of the Council of the European Union and the High Representative of the Union for Foreign Affairs and Security Policy have decided to focus the meeting in Brest on fundamental subjects to strengthen European sovereignty on the international scene:

Ministers will have an in-depth discussion on the strategic compass in a joint session with defense ministers from EU member states ahead of the meeting with Heads of State and Government in March. The Strategic Compass is a veritable “White Paper” defining the 2030 ambition of European defense. It enables Member States to define a common strategic vision for the European Union over the next decade. They have been working on it for over a year. The strategic compass will combine a European definition of threats, the strengthening of European operational and industrial capabilities and the defense of the European Union’s interests and freedom of action in contested areas such as the seas and oceans, space , cyberspace and information. It will define the actions to be undertaken in four key areas: crisis management, capacity building, resilience and partnerships. In Brest, the French presidency of the Council of the European Union wants to push the work towards an ambitious strategic compass to ensure a stronger and more operational European defense.

Ministers will discuss the security situation in the eastern neighborhood of the European Union, notably in Ukraine and Belarus. Following the latest meetings of the Foreign Affairs Council, during which member states reiterated their commitment to Ukraine’s sovereignty and territorial integrity, as well as their solidarity with Belarusian civil society, ministers will reassess the geostrategic environment. They will discuss the initiatives to be deployed in response to the immediate and long-term challenges for the region’s security.

Ministers will discuss EU-China relations, including China’s attitude towards certain EU Member States which are under strong political, economic and trade pressure. This will be an opportunity to ensure that the European Union’s multidimensional approach, developed in its 2019 Joint Communication, contributes to the objective of having a more balanced, stable and predictable relationship. Ministers will also discuss how China promotes its model within the multilateral system and how the European Union should react.

Ministers will be able to discuss any issue on the international agenda at the meeting in Brest. Relevant Commissioners and the Chairman of the European Parliament’s Committee on Foreign Affairs will be invited to participate in certain discussions.