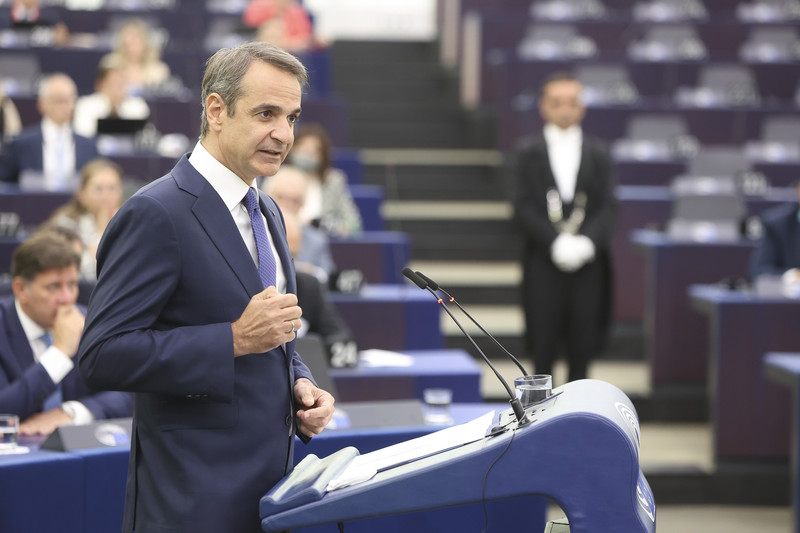 At the beginning of August, the news fell: a political storm of enormous proportions, unleashed by the wiretapping of the communications of Nikos Androulakis, MEP.

The Greek politician was under surveillance during the same period he was a candidate for the presidency of Greece’s third largest political party, Pasok-Kinal, until his election.

The disturbing news came as another surveillance case was developing, that of journalist Thanasis Koukakis, a case which was first made public in August 2022.

Since then, more surveillance evidence has come to light, including the infection of the phone of Christos Spirtzis, a senior member of the main opposition Syriza-PA party, with spyware – alarming news that puts the main party of opposition and its personalities, under the spotlight.

Neither the repeated complaints from the journalist himself, nor the revelations from part of the Greek press that followed (and there were many, with more than enough evidence to shed light on how the software spies such as Predator have made their way to our country) nor the insistence of some of us to keep talking about the issue, succeeded in breaking the wall of silence from the Greek media – something that the Greek Twitter sphere has nicknamed “Enimerosi 108”, due to the country’s dismal place in the Reporters Without Borders World Press Freedom Index.

An invisible yet highly effective wall of silence that blocks and continues to stop boring stories before they reach their rightful place in the most important and influential media.

A wall of silence, always working in the name of “truth” – as seen by the centre-right New Democracy government of Kyriakos Mitsotakis.

On Friday August 26, during an extraordinary session of the Greek parliament devoted to the wiretapping scandal, and requested by the main opposition leader Alexis Tsipras three weeks before, the Prime Minister, in a fit of political audacity fueled by “post-truth,” invoked the European Commission’s 2022 rule of law report.

Flying against the facts, Mitsotakis was quick to claim that the EU report agreed with his government and simply included “a few recommendations”.

That couldn’t be further from the truth, as anyone who’s read the report can attest.

The delay – de facto refusal – to transpose the European directive on the protection of whistleblowers (for which Greece is already the subject of an infringement procedure), the manipulation of the media through the infamous “Petsas List”, a scandal concerning the selective financing by the State of certain media over others according to opaque criteria, the surveillance of Koukakis, the failure to solve the murder of journalist Giorgos Karaivaz, the abundance of SLAPP lawsuits, the prosecution of journalists, the serious concerns raised by the amendment of Article 191 of the Greek Penal Code on the dissemination of false news, an attempt to silence the media under the pretext of protecting public health.

And the list could go on… The signs of democratic aberration were already there.

Some of us, both inside and outside the country, were the first to report them and try to warn others.

The crumbling regime first tried to shut down and then downplay this week’s hearing in the PEGA committee, a hearing for which the committee decided to postpone an already scheduled debate on Poland.

At the hearing itself, as the spied journalists recounted their experiences, the non-responses provided by the Greek government official were embarrassing; conflictual and institutionally vacant.

This is what the right-wing Mitsotakis government has brought Greece to: compete with Poland on the agenda of commissions investigating democratic aberrations.

Add to the equation the front-page stories of the international press that speak of a “descent into authoritarianism” and the constant and growing friction within the ruling party, to complete the picture of impending doom.

A number of government MPs have cautiously strayed from the party line, including a former prime minister. The path has been set for Mitsotakis’ political demise, as evidenced by his attempts to blackmail his party and turn members of his government into accomplices, as well as undermine any parliamentary inquiry into the scandal.

The government’s loss of composure has led to unprecedented public statements – such as the warning by the Prime Minister’s sister, government deputy and former foreign minister, Dora Bakoyannis, of heavy prison sentences for those who make fun of the wiretapping case.

Even the traditional allies of Brussels nomenclature seem to be pulling the rug out from under Mitsotakis.

Greek Vice-President of the European Commission, Margaritis Schinas, broke his days-long silence, with a carefully choreographed intervention, in which he very discreetly kept his distance – essentially showing the exit to a stunned Mitsotakis, while making a warning note in the last lines of an article in the conservative newspaper Kathimerini.

In the face of growing popular discontent over rising prices and looming fuel poverty, widespread concern and insecurity among Greek citizens about the privacy of their communications, the first signs of an all-out war between interest groups and a civil war between party officials and obvious heirs to his position, Mitsotakis is about to leave.

The best he can offer is a quick and redeeming turn to the polls. In the name of democracy in Greece and in Europe.